In adidas AG v Pacific Brands Footwear Pty Ltd (No 3) ([2013] FCA 905, September 12 2013), the Federal Court of Australia has held that certain four-stripe designs used by the respondent on its footwear were deceptively similar to adidas’ well known three-stripe trademark. The court also held that certain other four-stripe designs were sufficiently dissimilar so as not to infringe adidas’ three-stripe mark.

As to the first issue, Pacific Brands asserted that its four-stripe designs were merely decorative elements and/or functional and hence were not being used as a “badge of origin”. On this point, the court thought that the appropriate question to ask was “whether the impugned [four-stripe designs] would appear to consumers as possessing the character of the brand”.

In answering this question, the court accepted that the stripes on the respondent’s shoes had a decorative element but agreed with adidas’ submission that there is no strict dichotomy between one function (such as decoration) and their function as a badge of origin. Furthermore, the court also accepted that there might still be trademark use even though another trademark or brand is also used in addition to the impugned trademark. For these reasons this aspect of the defence was rejected.

The second issue was whether the four-stripe designs were “deceptively similar” to adidas’ three-stripe trademark. The legal principles are well known and the court went on to consider each of the respondent’s nine four-stripe designs in turn. The decision was therefore based on its own facts and, as the court observed: “[this] issue is a question never susceptible of much discussion: it depends on a combination of visual impression and judicial estimation of the effect likely to be produced in the course of the ordinary conduct of affairs.”

That said, the decision provides useful indicative guidance when comparing design marks in the context of an allegation of infringement.

Of the nine contested designs, the following six were held not to be deceptively similar to adidas' three-stripe trademark: 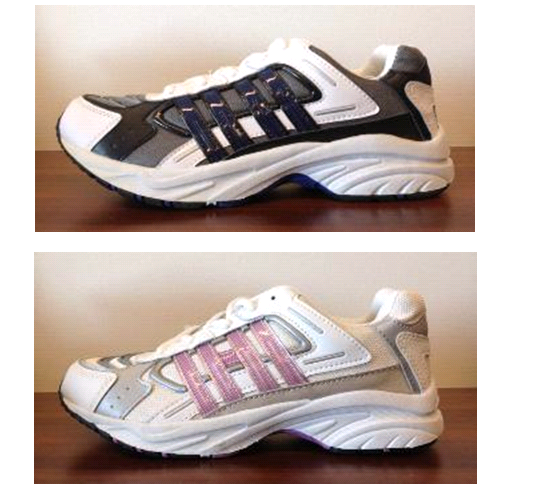 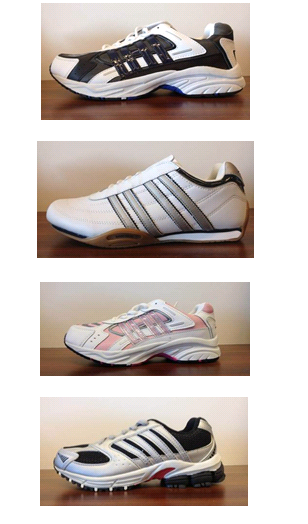 Although the court’s reasoning differed in emphasis from shoe-to-shoe, the underlying analysis was that these shoes incorporated features that “substantially modify what a person in the market place would take from the impression based on recollection of [adidas'] trademarks”.

However, the following three designs were held to be deceptively similar: 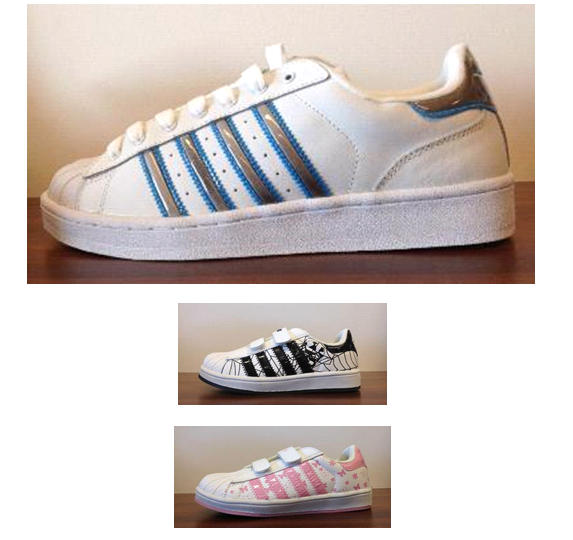 Again, the court’s reasoning was based on a shoe-by-shoe analysis, but the consistent theme was that the use of these three designs resulted in “a real, tangible danger of confusion occurring, beyond a mere possibility, and a number of persons will be caused to wonder whether it might not be the case that the two products come from the same source”.