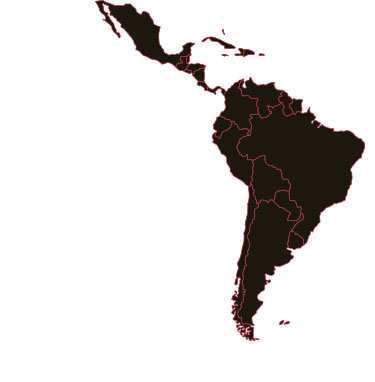 The Argentinian National Institute of Industrial Property (INPI) has announced that it will now share updates to users on social media. “In the era of digitalisation, the registry wants to reach its users quickly, expeditiously and comfortably,” INPI stated. “Therefore, it opens its social internet networks whose purpose is to facilitate communication and promotion of its services and benefits.” INPI is now available to follow on both LinkedIn and Twitter.

The Brazilian Senate has paved the way for the country to join the Madrid Protocol, formally approving the agreement text on 22 May 2019. In a press release issued by the National Institute of Industrial Property, which predicts that the new system will start operating in October, registry president Cláudio Vilar Furtado praised the system’s potential: “Brazil’s accession to the Madrid Protocol represents the opening of the ports of 120 countries and regions to Brazil and Brazilian brands to those countries, which represent 80% of global trade.

INTA and the National Trade Foundation for Education have announced a new collaboration to educate students in Chile about the importance of intellectual property and the dangers of purchasing counterfeit goods. During the 2019 academic year, the new initiative is expected to reach more than 3,000 freshmen students at 19 high schools in six cities in the country – Chillan, Curico, Rancagua, San Fernando, Santiago and Vina del Mar. The programme is part of INTA’s ongoing efforts through its Unreal Campaign to raise awareness of anti-counterfeiting and other aspects of intellectual property among teenagers and marks the campaign’s first countrywide agreement.

The Colombian government has lodged a formal request for ICANN to reconsider its decision to proceed with Amazon Corporation’s application for the ‘.amazon’ TLD, as well as two internationalised domains. The move is the latest salvo in a long-running dispute between the US company and a number of South American governments which oppose the applications on the basis that Amazon is a geographic name. This latest twist means that the applications have been placed on hold and that ICANN has until October to respond to the government’s request.

Two Venezuelan law firms, IP boutique Antequera Parilli & Rodríguez and general practice firm Leĝa have announced an alliance to “obtain expedited judicial decisions for trademark and patent owners with matters pending before the Venezuelan Registry of Industrial Property”. According to the press release, the initative could help rights holders that have pending trademark matters at the registry, some of which may have been unresolved for years or – in many cases – decades. The two firms claim that Leĝa has pioneered a strategy of litigation in the Venezuelan administrative courts in order to obtain final decisions in pending cases and has found “success in unblocking the IP registry’s log jam by using the courts to compel action”.