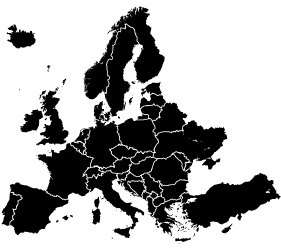 In another blow for the fast-food giant, the EUIPO has partially invalidated McDonald’s EU trademarks for the ‘Mc’ prefix. This is the latest decision in an ongoing legal battle between the US conglomerate and Irish fast-food chain Supermac’s. It follows a decision earlier this year when McDonald’s was deemed to have submitted insufficient evidence to claim use for the term ‘Big Mac’.

Thousands of counterfeit items were seized by customs officers in Malta over the span of a few days in August. They intercepted a total of four containers, one of which held approximately 26,500 bottles of fake perfumes, while another had more than 42,000 bottles of shampoo. The other containers held empty perfume bottles (among other things), which customs officials believe were going to be filled with fake perfume. More than nine brands were affected and these companies are now expected to go after the offenders in court.

The EUIPO has released an announcement stating that the Industrial Property Office of the Business Development Agency of the Principality of Monaco will use the list of goods and services from the harmonised database in TMclass in French. This decision brings the number of non-EU IP offices using this database to six.

A clothing store in Scotland has won a three-year trademark dispute with New York-based Fashion One Television over the HIGHLAND FASHION WEEK mark. Grace Hay, who runs a lingerie shop called Grace Lily, filed a trademark application that was opposed by Fashion One Television because it owns a trademark for the term FASHION WEEK. In its ruling, the UK Intellectual Property Office disagreed that a consumer would be confused between the two marks. Regular World Trademark Review readers will be unsurprised by the heavy-handed approach of Fashion One Television – the entity is owned by Michael Gleissner, the millionaire businessman who owns a sprawling global trademark portfolio.

The Law Society of England and Wales has published a report warning that Europe’s biggest international provider of legal services, the United Kingdom, could take a staggering financial hit from a no-deal Brexit. The report claims that the volume of work in legal services would be down by £3.5 billion, which is nearly 10% lower than would be predicted to result from an orderly Brexit.