Filing for logo will not automatically remedy distinctiveness issues 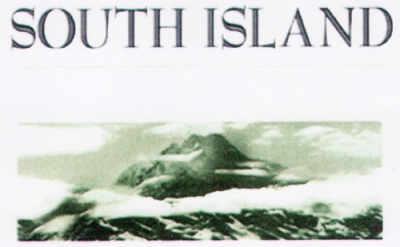 In opposing the logo, New Zealand Winegrowers presented strong evidence from industry leaders that the “…‘South Island’ was more than simply a descriptive term when used in respect of wine – it is a ‘geographical indication’”. The evidence relayed the hierarchical structure for geographical indications in the wine industry, which comprise “zones”, “regions”, and “sub-regions”. Having explained this structure, it was a short step to identify the South Island as a critical and well-established zone comprising many of New Zealand’s leading sub-regions for wine.

To address this issue, the applicant sought to improve the distinctiveness of its logo by requesting a disclaimer be entered that registration would give no exclusivity to use of the words 'South Island'.

With the disclaimer on the table, the issue of geographical indications could well be viewed as of little immediate relevance. Even so, the assistant commissioner carried out a robust discussion about the importance of geographical indications as a backdrop to the issue of distinctiveness. This discussion would prove to play a pivotal role in the final decision. In the end, the requested disclaimer was found to be too little, too late.

The critical issue was not whether the applicant could claim exclusivity to the words 'South Island', but whether the logo, when viewed as a whole, was sufficiently distinctive to qualify as an inherently registrable mark. In short, did the addition of the mountain device make the logo distinctive?

In New Zealand, the definition of a trademark includes the requirement that the mark be “capable of distinguishing” in Section 5 of the Trademarks Act 2002. The rules relating to distinctiveness are detailed in Section 18 of the act as follows:

"(1) The Commissioner must not register—

(b) a trademark that has no distinctive character;

(c) a trademark that consists only of signs or indications that may serve, in trade, to designate the kind, quality, quantity, intended purpose, value, geographical origin, time of production of goods or of rendering of services, or other characteristics of goods or services;

(d) a trademark that consists only of signs or indications that have become customary in the current language or in the bona fide and established practices of trade.

(2) The Commissioner must not refuse to register a trademark under Subsection (1)(b), (c), or (d) if, before the date of application for registration, as a result of either the use made of it or of any other circumstances, the trademark has acquired a distinctive character."

The assistant commissioner left the question of any discrepancy between Section 5 and Section 18 to the academics, and concentrated on whether the South Island logo was inherently adapted to distinguish the goods.

Arguments that a 'mountain' device had no particular meaning in relation to alcoholic beverages, because such goods were not brewed in mountain ranges, were soon swept aside. This is because such arguments, which generally seek to address the requirements of Section 18(1)(c), did not address the broader issue of distinctiveness set out in Section 18(1)(b).

Noting that, as in the United Kingdom, Section 18(1)(c) should be read as a “subset” of Section 18(1)(b), the assistant commissioner considered the “ultimate question” was whether the logo acted as a badge of origin. In particular, the assistant commissioner stated that "the issue at the heart of [the] question is not whether the mountain device, on its own, operates as a [geographical indication], but whether it is likely to be seen as merely suggestive or evocative of the textual component [of the applicant’s mark]".

The killing blow came from the opponent’s evidence of other traders using mountain and cloud devices on wine labels. The evidence established that other traders were not only reasonably likely to want to use similar devices, but in fact already were.

Following a robust discussion on the issue of distinctiveness, and other decisions concerning composite marks, the assistant commissioner held the mountain device would either be:

The logo as a whole, therefore, had no distinctive character.

In terms of strategy, the decision conveys a number of valuable lessons. The most obvious is to avoid the assumption that a logo mark will automatically remedy any distinctiveness issues, particularly if the image is scenic and relates to a particular geography. In hindsight, the applicant may have been able to successfully slip an application for the mountain device through without alerting industry experts had the words 'South Island' been excluded from the application.

The decision also illustrates the impact industry leaders and competitors can have on the Register. The role played by competitors in challenging the integrity of such applications is critical and continues unabated. Currently, trademark applications by Société des Produits Nestlé SA for the shape of its coffee capsules are being opposed by two of its competitors in New Zealand. Not to be outdone, Nestlé has adopted an assertive filing strategy, applying to also register logos comprising a coffee cup and coffee capsule as the essential feature. Such an assertive approach will continue to test the resolve of its competitors.

In the end, applicants, and their attorneys, will continue to refine filing strategies to challenge orthodox thinking and expand their monopoly.  The check to such strategies will often be found in industry leaders and competitors.