Figurative marks for wine similar due to strong phonetic similarity

Print article
European Union
Legal updates: case law analysis and intelligence
In Codorniu Napa Inc v Office for Harmonisation in the Internal Market (OHIM) (Case T-35/08, November 23 2010), the General Court has dismissed an appeal against a decision of the Fourth Board of Appeal of OHIM finding that there was a likelihood of confusion between Codorniu Napa Inc's trademark ARTESA NAPA VALLEY and the earlier Community trademark (CTM) ARTESO, owned by Bodegas Ontañón SA, which both covered goods in Class 33 of the Nice Classification (wines).
The earlier CTM consisted of the representation of a black and white centaur carrying a staff with amphorae, with the word 'Arteso' written below: 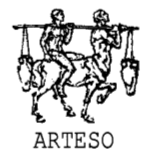 The mark applied for consisted of a triangle containing a flame-like design, with the words 'Artesa' and 'Napa Valley' written in gold letters in two black rectangles:

Codorniu argued that OHIM had failed to conduct an overall analysis of the marks - in particular, OHIM had isolated the word element of the marks and had disregarded their visual components which, in Codorniu's view, were not negligible within the overall impression created by each mark.
Contrary to the conclusions of the Fourth Board of Appeal, the General Court found that the word element of the marks did not constitute their dominant element on account of their size, shape, colour and position within the marks.
Although the court found that there was only a slight degree of visual similarity between the marks, it concluded that there existed a strong phonetic similarity between them, which was not offset by:

The court considered that 'Napa Valley' was a secondary element within the mark applied for, which would be perceived by the relevant public as an indication of the geographical origin of the wines that it identified. Although Codorniu sought to register the mark specifically for “wines produced and bottled in Napa Valley, California, USA”, the court recalled that there may be a likelihood of confusion between two signs even where the public perception is that the goods are produced in different places.
Considering that the marks both covered wines, and that such goods are primarily ordered orally (especially in bars and restaurants), the court found that the strong phonetic similarity between the marks was sufficient to conclude that there was a likelihood of confusion within the meaning of Article 8(1)(b) of the Community Trademark Regulation (40/94). The action was thus dismissed in its entirety.
Celia Sueiras, Garrigues Abogados, Madrid