The German Federal Supreme Court has held that the existing balance between bearers of the same name may be disturbed only if there is a legitimate interest to do so (I ZR 82/11).

The legal principles governing bearers of the same personal name have been refined and expanded in recent case law of the Supreme Court. The general principle is that no one can be prevented from using his/her personal name fairly in the course of trade. Therefore, where several persons bear the same name, the prior user is required to allow the fair use of the same name by others, despite the existence of a likelihood of confusion. However, the later user, in order to rely on fair use, must do everything necessary and reasonable to reduce the likelihood of confusion as much as possible. What is necessary and reasonable in a particular case must be determined based on a comprehensive balancing of interests.

The present case involved a dispute over the right to use the name Völkl. The plaintiff, Völkl GmbH & Co KG, sells specialist footwear, namely safety, walking and mountain boots, hunting and winter boots, and military shoes. The plaintiff was established in 1923 and is the owner of the following figurative mark, registered in 1968, as well as of the word mark VÖLKL, registered in 2005, both covering shoes. 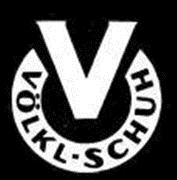 The plaintiff objected to the use of the term ‘Völkl’ for ski and winter boots by a well-known ski manufacturer, which used the trademark VÖLKL in addition to the marks MARKER and TECNICA.

One of the defendants offered winter boots and ski boots using the following logo at the website ‘www.voelkl.de’.

Another member of the Voelkl group offered ski boots, winter boots, moonboots, sandals, and walking and mountain boots under the trademark TECNICA. It sold a pair of Tecnica moonboots to a mystery shopper sent by the plaintiff and used an old delivery note bearing its former company name, Völkl GmbH & Co KG, as well as the Völkl logo shown above.

The lawsuit was also directed against a former director of the defendant, who resigned before the action was brought.

The lower courts granted the requested relief. The Supreme Court then referred the case back to the Court of Appeal. Although the Court of Appeal had found that the plaintiff could claim prior rights in the term ‘Völkl’ and that there was a likelihood of confusion, it had made no finding as to whether the plaintiff should accept the use of the mark by the defendants.

The Federal Supreme Court held that the rules applicable to conflicts between bearers of the same name must be applied. In such a situation, the owner of the prior rights cannot prohibit the use of the same name merely because it was the first user of the name, without any regard to the rights of bearers of the same name. Rather, it must tolerate such use, despite the likelihood of confusion. However, this obligation to tolerate does not apply where the owner of the later rights increases the likelihood of confusion and thus disturbs the existing balance, unless he/she has a legitimate interest in such use and does everything that is necessary and reasonable in order to counteract an increase in the likelihood of confusion. The lower courts had not properly applied these principles. For example, there were no findings with regard to the defendant’s argument that ski boots are sports equipment, rather than shoes, and that despite the ‘three-brand strategy’ (MARKER, TECNICA and VÖLKL), the trade expects to obtain skis, bindings and ski boots from a single source.

With regard to the former managing director, the Federal Supreme Court held that he could still be sued in relation to the claim for information, even though he had resigned before the action was brought. Whether and to what extent he still had access to the business records of the company, or could gain access to it, and would thus be able to supply the requested information was not an issue of liability, but would determine the substance of his obligation to provide information.

The case shows that the assessment of the legitimate interests of the proprietor of the later mark or name and the necessary and reasonable measures that it must take to prevent an increase in the likelihood of confusion must be based on a balancing of interests. The courts must evaluate all factual circumstances and all the evidence provided in support of the respective claims. This also applies when one of the parties seeks to expand its activities in a field that is similar to that of the other party. In the future, parties in ‘same name’ disputes will not only have to explain all the circumstances of their use, but also their interest in any change in the existing balance, should they wish to expand their activities.