Print article
Germany
Legal updates: case law analysis and intelligence
The German Federal Patent Court has delivered a judgment regarding the registration of a new type of trademark: a 'variable figurative' mark (29 W (pat) 173/10, November 14 2011). In doing so, it upheld a decision of the German Patent and Trademark Office in which the latter had refused to register the applicant’s trademark.

The trademark at issue was described as follows:

"A filled violet/purple rectangular-like geometric figure in the manner shown in the three examples below, featuring two parallel, straight boundary lines in a longitudinal direction, and a straight boundary line and a boundary line in the shape of a circular arc bending outward in a transversal direction, with the ratio of the longitudinal dimension (length) of the figure being variable in relation to its transversal dimension (width), and with the ratio of length to width being between 1:2 (width twice the length) and 10:1 (length 10 times the width).” 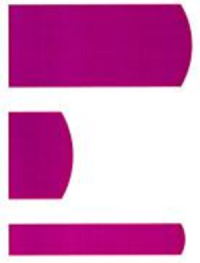 In line with an earlier decision rendered in 2008 in a similar case (26 W (pat) 60/08 - in that case, the application did not contain limitations for the ratio) and other decisions in cases where the subject-matter of the application was variable (29 W (pat) 184/04 - variable code; 28 W (pat) 25/08 - orange/black), the court said that such 'variable figurative' mark was not capable of being represented graphically in the sense of Section 8(1) of the German Trademark Act (Article 2 of the EU Trademarks Directive (2008/95/EC)). The court pointed out that the graphic representation of a trademark needs to be clear, precise, self-contained, easily accessible, intelligible, durable and objective in order to determine the exact scope of protection afforded by the registration (see Sieckmann (Case C-273/00) and Heidelberger Bauchemie (Case C-49/02)).

In the present case, the court found that the subject-matter of the application:
The court also stressed that the mark at issue was different to colour marks, for which the scope of protection is clearly defined by the colour per se, and to colour combination marks, which require a systematic arrangement associating the colours concerned in a predetermined and uniform way.


The court refused to refer the case to the Court of Justice of the European Union or to the German Federal Court of Justice. It asserted that the legal issues of this case had been sufficiently clarified in Dyson. However, given that the application in the present case was far more detailed than that submitted in Dyson, and in view of the fact that the specific type of trademark at issue in fact combined a colour and a figurative mark, it was at least debatable whether the issue of the registrability of a “limited colour mark” would have warranted a referral to higher instances.

In light of this decision, if applicants wish to apply for the registration of a 'variable figurative' mark consisting of a colour and a shape, they will simply need to apply for a colour mark, defining the colour per se in the application. As the colour mark may have multiple appearances, applicants would then be free to use this colour in a variety of shapes, including those forming the subject matter of the application in question. Alternatively, applicants may have to rely on one (or multiple) application(s) for figurative marks, trying to cover all possible appearances of the mark and keeping the use of the mark within the scope of Section 26(3) of the Trademark Act (Article 10(1)(2)(a) of the directive).