A May 1 2015 decision of the Federal Court of Appeal, Rothmans Benson & Hedges Inc v Imperial Tobacco Products Limited (2015 FCA 111), has affirmed the principle that, in Canada, a single colour applied to the surface of an object, including product packaging, is capable of being registered as a trademark.

This decision relates to two trademark applications filed by Imperial Tobacco Products Limited for the colour orange applied to cigarette packages in two-dimensional and three-dimensional forms. The designs applied for, which were lined for colour in accordance with the Trademarks Regulations, are depicted below: 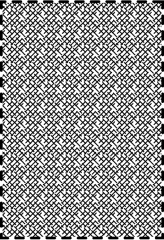 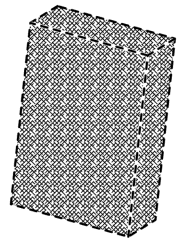 Both applications were opposed by Rothmans Benson & Hedges (RBH). The grounds of opposition asserted by RBH were that:

The Trademarks Opposition Board and Federal Court rejected both of these grounds of opposition, and RBH appealed the matter to the Federal Court of Appeal.

The Court of Appeal dismissed RBH’s appeal and, in particular, affirmed the findings of the Opposition Board and Federal Court on the following issues:

In view of amendments to the Trademarks Act recently passed into law but not yet in force, applicants in Canada will in the future be able to register colour per se without the need to delineate the contours of the object to which the colour is applied, at least in cases where the applicant can establish distinctiveness as of the application filing date. However, these amendments are not scheduled to come into force until late 2016 at the earliest, and the regulatory framework under the amended Trademarks Act has not yet been published.

In the interim, this decision of the Federal Court of Appeal reflects the current state of the law regarding colour trademarks in Canada and reinforces the principle that colour can be registered as a trademark so long as the application appropriately depicts the manner in which the colour will be applied to the surface of an object. Indeed, for those trademark owners which use (or intend to use) distinctive colours as part of their brand, it may be advantageous to apply for colour trademarks before the amendments to the Trademarks Act come into force, because under the current law an applicant is not required to demonstrate acquired distinctiveness as of the filing date of the application, provided that the shape of the object on which the colour will be applied is depicted in the application.