Fame of trademark owner irrelevant in assessing likelihood of confusion 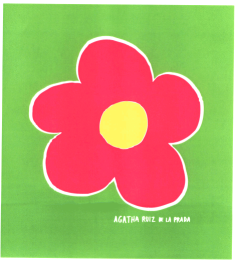 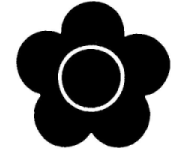 In Case T-523/08, the General Court also confirmed the decision of the Board of Appeal to reject Ruiz de la Prada’s application for goods in Class 3 following an opposition filed by Mary Quant Cosmetics Japan Ltd based on its figurative UK trademarks No 898.084 (Class 5) and No 996.393 (Class 3) and its CTM No 692.897 (Classes 3 and 21).
The court found that there was a likelihood of confusion, under Article 8(1)(b) of the Community Trademark Regulation (207/2009), between the mark applied for and the earlier trademarks owned by Mary Quant Ltd and Mary Quant Cosmetics Japan Ltd (collectively Mary Quant). Both decisions of the General Court were based on the same grounds.
With regard to the similarity of the goods, the court noted that the trademarks at issue covered similar goods, such as cosmetics, glasses, jewellery, stationery, bags, furniture, textile products and clothes. Ruiz de la Prada did not contest that the goods were similar; however, she alleged that her products and those of Mary Quant were sold at different points of sales, because each company has its own shops or sells its products through its own outlets in department stores.
The General Court rejected this allegation, stating that, as the products used the same channels of distribution and were of a similar nature, they could be sold through the same outlets. The General Court pointed out that the existence or absence of similarities between the products could not be dependent on the modalities chosen by the trademark owners for the commercialisation of their products.In the court’s view, the exclusive right conferred by a CTM registration does not vary according to the type of distribution chosen.
The court then turned to the comparison of the marks. It noted that the earlier CTM consisted of the image of a flower with five petals, while the mark applied for also consisted of the image of a flower with five petals and the words ‘Agatha Ruiz De La Prada’. The court agreed with the Board of Appeal that the dominant element in the mark applied for was the flower design, and not the word element ‘Agatha Ruiz De La Prada’, which was considered to be “almost imperceptible due to its small size”.
Ruiz De La Prada alleged that the visual and conceptual differences between the marks were sufficient to avoid a likelihood of confusion. Specifically, she alleged that, while the earlier mark was in black and white and represented a geometrically perfect flower, the trademark applied for used three different colours and resembled a child’s design, with an uneven outline.
The court found that these differences were irrelevant. On the contrary, it considered that the two designs were very similar: despite the existence of a large variety of petal shapes and flowers, the flowers at issue both had five rounded petals. Similarly, the court minimised the importance of the colours, reiterating that, when buying the products, the consumers would not be able to make a direct comparison between the marks and, therefore, would have to rely on an imperfect recollection of them. Consequently, the differences mentioned by Ruiz De La Prada were insufficient to outweigh the visual and conceptual similarity.
The court then turned to the overall assessment of the likelihood of confusion. In this respect, Ruiz De La Prada alleged that there existed a large number of trademark registrations for flower designs which were similar to Mary Quant’s mark. In response, the court stated that the fact that similar flower designs have been registered as trademarks was insufficient to demonstrate that the earlier mark had a low level of distinctive character.
Ruiz De La Prada also alleged that the products covered by the mark applied for were produced by a well-known designer and, therefore, the trademark should also be considered as well known. The court stated that, to determine whether there is a likelihood of confusion, only the reputation of the earlier mark will be taken into account, and not the fact that the trademark owner has participated in several international fashion shows or is considered to be famous.
Eduardo Vila, Grau & Angulo, Barcelona