An investigation by World Trademark Review has revealed that sellers of counterfeit goods are adopting new tactics in response to more stringent anti-counterfeiting policies introduced by online marketplaces. It is yet another reminder of the ever-evolving methods used by counterfeiters.

Yupoo is a Chinese image-based social network which allows users to upload and arrange digital photos in galleries and collections. However, a Google search for ‘Yupoo’ demonstrates that western users frequently use the site to source fake goods – with profiles selling counterfeits appearing on the first page of results. It appears that some users, mostly based in China, are using the website to upload catalogues of fake goods. Potential buyers can then either contact them directly or be linked to legitimate-looking listings on popular online marketplaces.

In one instance, a user posted an image catalogue of adidas-branded products, including Yeezy, NMD and Ultra Boost lines of footwear. When a potential customer clicked through to any of the product photos, there were links to listings on the popular marketplaces DHGate and AliExpress, which appeared to be non-branded, generic shoes. However, a note told users to “ignore the shoe picture in the link(s)”, assuring them that they would be sent branded shoes. The catalogue on Yupoo also advised customers not to mention Yeezy products when giving feedback on DHGate or AliExpress, in case these sites blocked the account for selling branded goods.

However, the most common tactic of apparent counterfeit sellers on Yupoo appears to be simply to post their contact information on the profile page – most often email, WeChat or WhatsApp – and to ask potential customers to place orders that way.

One concern for brand owners is that Yupoo appears to have no effective online takedown mechanism (the “Report abuse” link redirects to the default log-in page). We contacted Yupoo for information on what measures it has in place to prevent the sale or promotion of counterfeit goods on its platform. A representative responded that Yupoo is purely “a photo sharing and storage website, we don’t sell any goods”, adding: “Maybe some guys or companies have uploaded [product] photos to our site, but we don’t sell them.”

When pressed further, the representative sent a takedown form (in Word document format) which can be printed out and completed in by brand owners. This must be accompanied by proof of both trademark ownership and power of attorney, as well as a Chinese translation, and must be sent by post or digitally scanned in colour. “Our company conducts business only as customer image storage service, we are not a sales site,” the Yupoo representative reiterated. “We do not have the ability to determine whether an image qualifies as infringement, but we do respect protection of legitimate IP rights.” 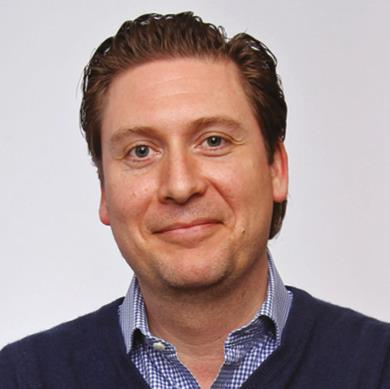 It is unsurprising that Yupoo is deflecting any suggestion of blame, as the transactions are not happening on its site. This said, it is encouraging that it has an IP takedown process in place – only time will tell whether this is an effective means of brand protection. In the meantime, we recommend search engine delisting as a short-term solution. We have also been able to follow the trail and close down some WeChat accounts to stop transactions taking place there. Finally, we will be raising the issue with key marketplaces, along with evidence, and lobbying them to update their policies in this regard.