A pending US district court case on a fashion company’s efforts to protect a handbag design as a non-traditional trademark under US law – even though variations of the design have long been in the public domain – should provide much-needed clarity on this area.

Given the cyclical nature of fashion trends, the reappearance of yesterday’s fashion as today’s new ‘it’ design may be inevitable – think (unfortunately) bellbottoms. When variations of a particular product design have been consistently part of the public domain for a long time or for recurring periods, can a fashion company protect that design as a non-traditional trademark under US law? That question, and a traditional Japanese design for a bamboo picnic bag, are at the heart of Steven Madden Ltd v Jasmin Larian LLC (Civil Action 18-CV-2043; 6 March 2018, currently pending in the US District Court for the Southern District of New York).

Designer Jasmin Larian’s Cult Gaia Ark handbag – which industry publication Fashionista called the “‘it’ bag of 2017” – was designed after a traditional 1940s-style Japanese bamboo picnic bag and was a huge commercial success for the designer.

Larian sought to protect the handbag design as a non-traditional trademark or trade dress design, filing an application with the USPTO under Serial No 87/522,459 on 10 July 2017.

An office action issued on 5 October 2017 refused registration of the mark on several grounds, including a finding that the mark was functional overall and a non-distinctive product design. As to the issue of functionality – which the examining attorney noted constituted “an absolute bar to registration on the Principal or Supplemental Registers, regardless of any evidence of acquired distinctiveness” – the mark was found to be “merely an iteration or appropriation of a style of bag from the Japanese culture” and “a classic shape and style of carrying bag for personal use”.

In particular, the examining attorney noted that the mark consisted “of a non-distinctive product design or non-distinctive features of a product design that is not registrable on the Principal Register without sufficient proof of acquired distinctiveness”. Since a product design cannot be inherently distinctive as a matter of law, a demonstration of secondary meaning is required – namely, that over time the public has come to recognise the product as source identifying (see Wal-Mart Stores Inc v Samara Bros Inc, 529 US 205, 210, 213-214; 54 USP Q2d at 1068-69). In addition, while it is possible to obtain design patent protection to protect the owner’s rights in the period before acquired distinctiveness is attained, this is only available if the design is sufficiently distinct from others in the prior art.

Larian responded on 2 April 2018, arguing that rather than seeking to protect a category of bags, she sought to register a particular, distinct and non-functional combination of features which included:

(1) structured and flat front and back panels made of thin, uniformly-sized strips of rigid material (such as bamboo), (2) arranged in an interlocking manner to firm three concentric half circles creating a distinctive see-through sunburst design, (3) topped by horizontal strips and a handle made of the same material with a curved, tapered cutaway, (4) a curved side panel made of interlocking pieces of the same material and in the same width as the pieces that make up the front and back panels, and (5) spacers in the form of circular beads that connect the handle pieces that are either clear or the same color as the bag.

Larian concluded that none of the elements contributed “to the Mark’s ability to perform its useful function of holding an individual’s items”; therefore, the design was not functional.

Addressing the non-distinctiveness refusal, Larian submitted significant evidence, including length of use of the mark, sales success, advertising and promotion of the product, as well as unsolicited media coverage. As part of that submission, Larian stated that she had “engaged in five years of substantially exclusive and continuous use of the applied-for-Mark in association with its handbags”.

Larian’s dispute with Steve Madden began when Larian sent a series of cease and desist letters to Madden, which had been selling a caged handbag (a version of the traditional Japanese bag).

Madden ultimately filed a declaratory judgment action seeking a determination by the Southern District of New York Court that Larian’s claimed trade dress was generic, ubiquitous in the handbag market and merely functional.

In the complaint, Madden included photos of a vintage Japanese bamboo picnic bag, as well as 10 photos of identical bags sold by other sellers in the US market from as early as the 1960s.

Larian’s answer to the complaint was due before the end of May 2018, although her arguments in response to the office action provide a roadmap for a likely defence. Moreover, even though Madden’s declaratory judgment suit seeks a finding of non-infringement, a comparison of Madden’s BShipper bag and the Larian bag embodying the claimed trademark or trade dress shows that they are nearly identical. Therefore, the case will turn on whether the Larian-claimed protection for its bag is non-functional and distinctive. If so, a finding of infringement is highly likely.

As to the issue of functionality, Larian made some valid points in her 2 April 2018 response to the office action. Specifically, she argued that while the examiner posited that “the design [of the [Larian] Mark] is a classic shape and style of carrying bag for personal use” and that “consumers are aware of Japanese bamboo half-moon shaped carrying bags”, most of the images that the examiner cited as examples of “similarly shaped and designed bags” bore little or no resemblance to the Larian mark. In support of this position, Larian cited the Second Circuit decision in Le Sportsac Inc v Dockside Research Inc (478 F Supp 602 (SDNY 1979)), in which the court found the design of the plaintiff’s bag to be non-functional, stating that the bag’s “straps could be thinner or thicker, webbing could be positioned differently and zippers need not be hollow or double-ended for the bags to serve their function of carrying articles” (Id, at 608). Larian argued that, as in Le Sportsac, her mark “could consist of square or rectangular shapes, larger or smaller panels, or the panels could be different widths instead of uniformly sized”. Also, “the open spaces between each panel could be larger or smaller, or they could be different sized instead of uniformly sized”. Larian argued that, with all of these options available, it remains clear that there are numerous alternative designs for the style of bag, meaning that her bag is not functional.

The greatest difficulty that Larian faces may be distinctiveness. On the one hand, a designer’s desire to re-introduce a classic style may warrant copying that style to a degree in order to retain classic recognition and consumer appeal. However, this can result in a non-distinctive design. On the other hand, straying too far from the classic design may mean that the new design loses that connection with the basic elements of the classic design, which consumers recognise and appreciate. The claimed Larian mark is, inarguably, very similar in overall appearance to the vintage Japanese-style bamboo picnic bag, as well as to the many sample bags depicted in Madden’s complaint. While there may be some differences in the specific features of one bag over another, the bags nevertheless appear highly similar with regard to the details. Given that the design must show acquired distinctiveness through substantially exclusive use of the mark over a significant period, and that many similar if not identical designs appear to be available in the market (particularly those sold before the introduction of the mark), proving distinctiveness will be no picnic for Larian. 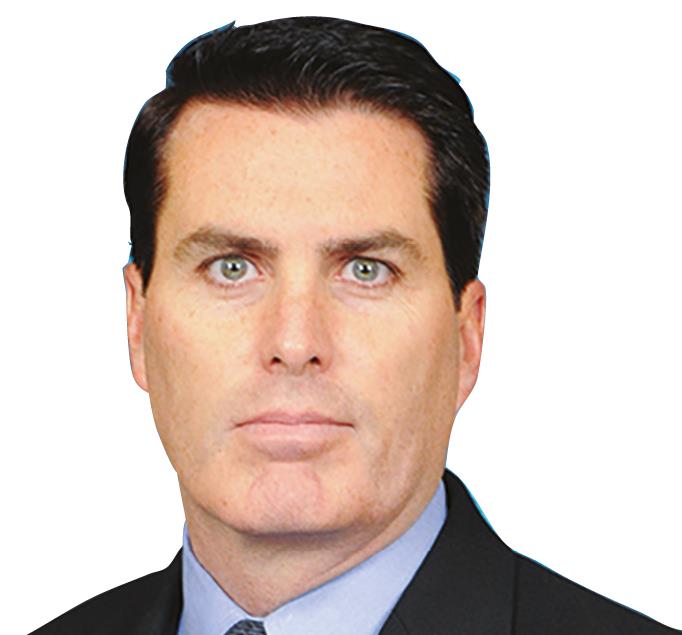 Robert J Kenney has more than 30 years’ experience in patent, trademark and copyright litigation, as well as trademark prosecution, counselling and portfolio management. He helps his clients to protect, profit from and enforce their valuable IP rights, including licensing and IP asset acquisition, creating and protecting trademarks, building brands and making trademarks and brands profitable.