In its decision of 8 July 2020 in Glimarpol sp z oo v European Union Intellectual Property Office (EUIPO) (Case T‑748/18), the General Court has upheld the decision of the Third Board of Appeal of the EUIPO, which had affirmed the invalidity of a registered Community design (RCD) for a rock drill due to a lack of individual character.

In 2012 Glimarpol sp z oo registered an RCD for “hammer drills” and “pneumatic power tools” represented by seven photographs, including the one below. 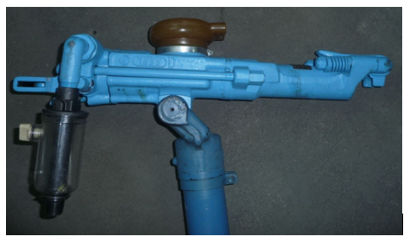 In 2016 Metar sp z oo filed an application for a declaration of invalidity with respect to the contested design pursuant to Article 52 and Article 25(1)(b) of Regulation 6/2002. Metar argued that the contested design lacked novelty and individual character within the meaning of Articles 5 and 6 of that regulation, referring to, among others, Glimarpol’s instruction manual from 2009, shown below. 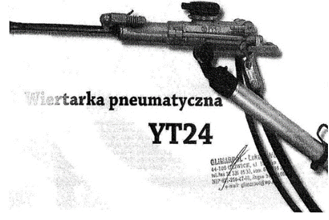 The Invalidity Division of the EUIPO declared that the contested design was invalid on the ground that it lacked individual character.

Glimarpol appealed. The Third Board of Appeal of the EUIPO found that the disclosure of the earlier design was not disputed, since the applicant had acknowledged in a letter of 9 November 2016 that that design had been introduced on the European market in 2009. The Board of Appeal also stated that the informed user of the rock drill was a miner or a mining engineer, and that the designer’s freedom was of an average degree. Lastly, the Board of Appeal concluded that the Invalidity Division had rightly found that the contested design produced the same overall impression as the earlier design, with the result that it lacked the individual character required by Article 6(1) of Regulation 6/2002.

Glimarpol’s further appeal to the General Court was unsuccessful.

The court held that Metar had established that the design was disclosed in 2009 and, indeed, that fact was undisputed (although Glimarpol argued before the General Court that the 2009 rock drill was “considerably different” from the RCD). Glimarpol had not countered with evidence of non-disclosure, and the 2009 rock drill was held to be disclosed.

As to whether the 2009 rock drill gave the same overall impression on the informed user, taking into consideration the freedom of the designer, the court first noted that the board’s finding that the informed user was a miner or mining engineer, who was familiar with rock drills and informed about their essential characteristics, was not disputed. As regards the designer’s degree of freedom, again Glimarpol essentially did not dispute that there was a certain amount of freedom.

As regards the overall impression itself, the court noted the well-settled mantra that:

The court held that the shared characteristics of the designs - including the same cylindrical shape of the body of the tools (each comprising a circular muffler, fitted in the same place on the body of the tools), the support socket, the handle, the housing of the drill, the support and the sleeve to which the air hose is connected - were in almost identical positions on the designs at issue and have similar shapes. Those shared characteristics contributed to producing an impression of ‘déjà vu’.

Glimarpol argued that there were significant differences between the two designs. However, the court held that the technical differences pointed out by Glimarpol - namely, the shape of the spring, the type of handle, the position of the pusher leg or the number of tubes between the springs - were not capable of having an effect on the overall impression produced by the designs at issue, which was dictated by the appearance of the rock drills as a whole - namely, the body, the housing of the drill, the muffler and the sleeve to which the air hose is connected. Such differences were not such as to confer individual character on the contested design.

This case shows that RCD holders must take special care in documenting significant differences in new versions of old products, making sure that the seven views of the RCD focus on elements that informed users will readily perceive as different compared to the older version.