Establishing goodwill for web-based businesses: a hit does not a customer make

Print article
United Kingdom
Legal updates: case law analysis and intelligence
In Plentyoffish Media Inc v Plenty More LLP ([2011] EWHC 2568 (Ch), October 11 2011), HHJ Birss QC (sitting as deputy judge of the High Court) has considered whether a foreign web-based business can establish the necessary goodwill in the United Kingdom for the purposes of a passing-off claim by simply relying on hits or visits to its website from the United Kingdom.
Plentyoffish Media Inc is a Canadian company operating a successful online dating service under the mark PLENTY OF FISH from a website accessible at ‘plentyoffish.com’.
Plenty More LLP, also the operator of an online dating agency accessible at 'plentymorefish.com', is the owner of the UK trademark PLENTYMOREFISH, registered for services in Class 45 of the Nice Classification, including "dating agency services": 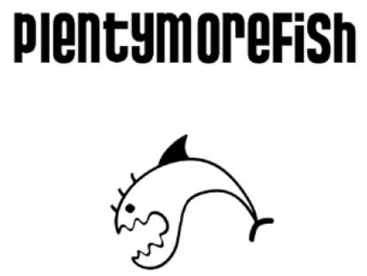 The issue was whether Plentyoffish was entitled to prevent the use of Plenty More’s UK mark on the basis of Plentyoffish’s alleged rights in passing off. Plentyoffish claimed that its website was the second most viewed dating website in the United Kingdom and one of the 150 most visited websites in the United Kingdom overall, but was not able to show that it had any actual customers or business in the United Kingdom.
Was this sufficient to establish that Plentyoffish had goodwill in the United Kingdom? Is the presence of customers a necessary condition or would a ‘trade connection’ with the United Kingdom suffice?
Mr Landau (for the registrar the comptroller-general) had dismissed Plentyoffish’s original application to the Intellectual Property Office’s Trademark Registry for a declaration of invalidity of Plenty More’s mark because he was not persuaded that Plentyoffish had the requisite goodwill in the United Kingdom at the relevant time (ie, at the date on which Plenty More applied for its mark).
On appeal, Judge Birss QC held that Mr Landau’s decision was correct and agreed with Plenty More that, in the case of a foreign claimant seeking to establish goodwill, a reputation in the United Kingdom (eg, hits on a website), "however great it may be", is not sufficient; actual customers for the relevant goods and/or services are required (Hotel Cipriani v Cipriani (Grosvenor Street) Ltd ([2010] RPC 16) and Anheuser-Busch v Budejovicki Budvar ([1984] FSR 413, followed).
Judge Birss QC acknowledged that, in the case of a services business, it may be difficult to determine ‘who constitutes a UK customer’ as a matter of fact; however, in the case of a sign used in relation to online dating services, UK customers would be UK-based members of the public who join the operator’s website and effectively use its dating services. As there was no evidence that Plentyoffish had any such customers at the relevant time, the passing-off claim failed.
Plentyoffish also argued that, because the dating services are provided for free (ie, there is no registration fee), Plentyoffish’s actual business is the sale of advertising space on its website and its revenue is dependent on the number of hits or visits. Therefore, even if UK-based web-users were not members of Plentyoffish’s business, hits from the United Kingdom generated at the relevant time (and still generate) revenue for Plentyoffish.
The judge rejected this argument as well, noting that for a member of the UK public to be a customer, there must be some sort of provision of the services in relation to which the mark is purported to be used (ie, online dating services). Plentyoffish could not invalidate Plenty More’s mark by relying instead on its alleged goodwill and reputation in advertising services.
The upshot of this decision is that foreign web-based businesses should consider making defensive trademark filings where there is a risk that they may not be able to demonstrate the existence of customers in the United Kingdom. Whether to apply for a UK trademark or a Community trademark will depend on the geographical scope of protection sought by the business as well as ‘honest intention to use’ requirements.
Cam Gatta, D Young & Co LLP, London