Established US engineering firm loses out in bizarre cybersquatting case

A recent decision by a UDRP panellist found that a domain name registrant resident in China could continue to own and operate an explicit pornography website from a domain name consisting of the name of Minnesota engineering company that has been in existence for over 70 years (see Bolton & Menk, Inc v chaiming ming (FA2109001963601, Forum, 18 October 2021)). This odd decision highlights the urgent need for enhancements to the UDRP.  Fortunately, ICANN is just about to kick off a working group empowered to do just that.

The UDRP is the original policy established by ICANN, and has served as an important pressure valve by providing a relatively quick and inexpensive way to deal with acts of cybersquatting. This in turn has likely led to a much lower number of cases being filed in US courts under the Anti-cybersquatting Consumer Protection Act. A UDRP complaint involves only three elements and a limited set of defences. Evidence of bad-faith registration and use, as well as a third element, which may include, but is not limited to, the following:

Likewise, the defences are short and sweet, and allow a registrant to demonstrate rights and interests to the domain name in dispute. These defences include but are not limited to the following:

The respondent in Bolton & Menk did not respond and therefore did not deny any of the assertions made by the complainant, including an assertion of 70+ years of common law rights to its mark. The panellist denied the complaint anyway.

Although the respondent did not argue that the complainant only used Bolton & Menk as a trade name and not as a trademark (whatever that means in the UDRP context), the panellist made that argument for the respondent and then relied on it to deny the claim. The panellist seems to have ignored the evidence placed before him, including a copy of the complainant’s website that set forth details of its 70-year history and which very clearly evidenced the use of the trademark. 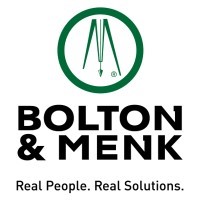 Crucially, the panellist did not find that the registrant had any rights or legitimate interests in the domain name.

What makes the decision so peculiar is that the panellist, while denying there was sufficient evidence provided to prove common law rights, seemed to take no notice of the fact that there must be at least sufficient trademark rights for a registrant in China to know about the respondent’s trademark rights and register a domain name consisting entirely of the elements of the complainant’s mark.

Neither element, ‘Bolton’ nor ‘Menk’, have any known relationship to the pornography industry or any particular dictionary meaning either separately or together. In order to reach the decision that the panellist reached, one would have to suspend disbelief that an individual on the other side of the planet accidently typed ‘boltonmenk’ into a registrar’s system and from there purchased the ‘.com’ variation. This notion of non-reputational, accidental, cross hemispheric, innocent registration is simply not plausible. Obviously, at least to some, an exact mark registration of a domain name for non-dictionary, non-industry words, is more than sufficient evidence of a complainant’s reputation in their name or product (also known as a service mark or trademark).

So, what is the takeaway from this odd case? First, urgent UDRP reform is needed to make it clear that when a respondent defaults, a panellist should decide in favour of the complainant based on any plausible assertions of fact set forth in the complaint. Without such guidance, complainants always run the risk of panellists deciding to argue a non-responsive respondent’s case for them (or in this case, the panellist wishes the non-responsive respondent would have made had it bothered to show up). Fortunately, ICANN is about to launch Phase 2of its review of All Rights Protection Mechanisms that will significantly affect the UDRP and the community will be looking for volunteers to staff that working group.

This issue of moving immediately to a decision in favour of the complainant when a respondent defaults, should be at the top of the list of items to consider. Secondly, until this flaw in the UDRP can be fixed, counsel for complainants relying on common law rights should deluge the panellist with mountains of common law evidence to make it more difficult for them to discount such rights and reach the wrong conclusion.