In Apollo Tyres AG v Office of Harmonisation in the Internal Market (OHIM) (Case T-109/11, April 23 2013), the General Court has found that there was a likelihood of confusion between the word mark ENDURACE and the earlier figurative mark ENDURANCE.

The dispute started when Indian company Endurance Technologies Pvt Limited lodged an opposition against Apollo Tyres AG’ Community trademark (CTM) application for ENDURACE (Νο 006419824) in Classes 12, 35 and 37 of the Nice Classification, based on its earlier figurative CTM ENDURANCE (No 5819149) for goods in Class 12: 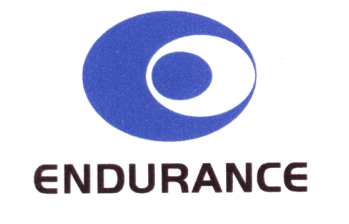 The Opposition Division upheld the opposition on the ground that there was a likelihood of confusion among the non-English-speaking section of the relevant consumers who would not understand the meaning of the word ‘endurance’. Apollo’s appeal was dismissed by the First Board of Appeal of OHIM.

In the proceedings before the General Court, both the similarity of the goods and services and that of the marks under comparison were at issue.

In assessing the similarity of the goods in Class 12, the General Court found that “parts, fittings and accessories for land vehicles” covered by the earlier CTM ENDURANCE included “tyres, tubes and flaps for automobiles”, which were included in the contested trademark application. Not surprisingly, the General Court considered that decisions of the US courts comparing tyres with automobile parts were irrelevant, as the CTM regime is an autonomous system which applies independently of any national system. As regards the services covered by the contested CTM in Class 35, namely “retail and online retail services connected with tyres, tubes and flaps for automobiles”, the General Court endorsed the finding of the Board of Appeal that these were clearly complementary of the goods in Class 12 covered by the earlier trademark.

In examining the likelihood of confusion, the General Court noted that the two marks should be assessed globally, bearing in mind their distinctive and dominant component. In this case, the distinctive component of the earlier trademark ENDURANCE was found to be the word element ‘endurance’, which is almost identical to the contested trademark ENDURACE.

As it did before OHIM, the applicant claimed that, because of its meaning, the word ‘endurance’ was devoid of distinctive character and, as a result, could not influence the comparison between the two marks. Reaffirming the position of the Board of Appeal, the General Court noted that, for a CTM to be rejected, it suffices that a relative ground for refusal exists in part of the European Union; in the present case, at least some non-English or non-French-speaking consumers might not understand the word ‘endurance’. In this respect, the General Court stressed that this word is not a basic English word whose meaning would be understood by any EU consumer. In the absence of any possibility of making a conceptual examination, the strong visual similarity and virtual phonetic identity of the marks under comparison led the General Court to conclude that there was a likelihood of confusion.

In accordance with the unitary character of the CTM registration system, the above decision illustrates the principle that the perception of the relevant public in all parts of the European Union should be examined when assessing the similarity of two marks.