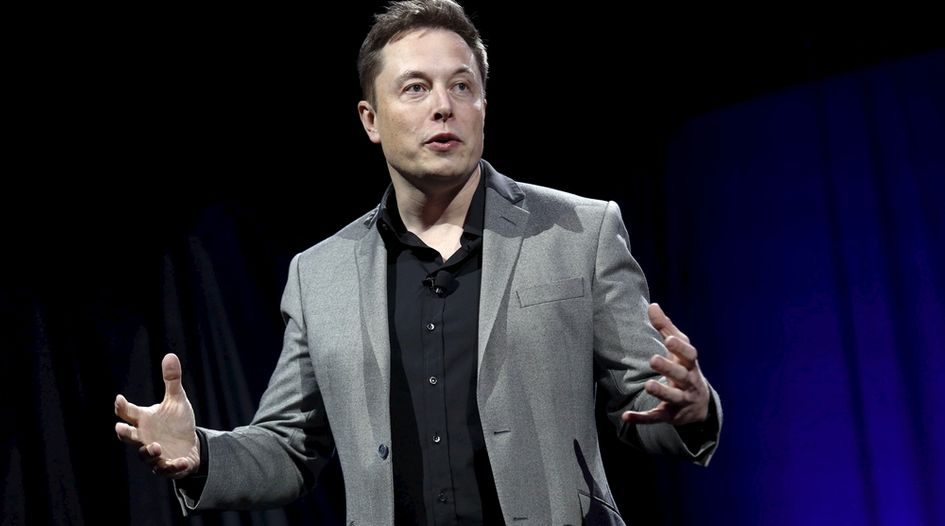 Every Tuesday and Friday, WTR presents a round-up of news, developments and insights from across the trademark sphere. In our latest round-up, we look at Unilever offloading the Bertolli business, thousands of counterfeit designer masks seized in Kentucky, South Korea adopting a Vegan certification mark, and much more. Coverage this time from Trevor Little (TL), Bridget Diakun (BD), Jonathan Walfisz (JW) and Tim Lince (TJL).

Subway partners with Broad Street Licensing Group – Subway has teamed up with Broad Street Licensing Group (BSLG) to help further expand the “Subway licensed footprint”. According to Food & Beverage Magazine the partnership will “focus on the creation of Subway branded licensed products in food and lifestyle spaces”. Mike Kappit, chief operating and insights officer at Subway said, “Our collaboration with BSLG enables us to connect fans to the Subway brand in new and unexpected ways. With BSLG, we will grow our presence beyond our natural borders into other retail environments and strengthen our positioning as a food and lifestyle brand.” (BD)

Burger King redesigns brand for first time in two decades – Burger King has revamped its brand, including its logo, food packaging and restaurants, for the first time in over 20 years, reports Reuters. According to the fast food chain, the decision was taken in order to reflect improvements to the business such as eliminating preservatives. “We’ve been doing a lot in terms of food quality and experience,” said Fernando Machado, global chief marketing officer of Restaurant Brands International (the owner of Burger King). “We felt that putting a wrap around all that with an upgrade of our visual identity would help signal to our consumers that this is a brand that’s evolving.” The company’s mascot, The King, was not impacted by the rebrand. (BD)

Thousands of counterfeit designer masks seized in Kentucky – A shipment from Vietnam containing 5,789 counterfeit designer masks and on route to North Carolina was halted by US Customs and Border Protection (CBP) officers in Louisville, Kentucky. The counterfeit masks included the brand logos of fashion labels including Coach, Tory Burch and Chanel. The estimated value of the real equivalents would have been $1.4 million. Last Friday, CBP also seized 10,800 counterfeit surgical masks in Cincinnati. Although these were not fake designer goods, officials noted the confiscated masks would have been distributed to frontline medical personnel. (JW)

Mercedes-Benz prevails in Japan – In an IPPlanet blog, Masaki Mikami from Marks IP Law Firm reported on Daimler AG winning a dispute in Japan. Specifically, Daimler AG filed a trademark at the Japan Patent Office (JPO) for a logo for its ‘Mercedes-Benz StarParts’ service (in class 12 for vehicle parts). The JPO initially refused to register the mark, claiming it was too similar to an earlier mark for STAR-PARTS (in class 35 for automobile retail services). However, in an appeal, Daimler prevailed, with the court ruling that the marks are not similar due to STARPARTS not being the dominant element of the trademark – with the leading element ruled to be “Mercedes Benz”. However, according to Mikami, the win is tinged with risk. “Although this seems like a real success for Daimler AG now, what will be the result in the future taking into account that the earlier mark STAR-PARTS is registered for spare parts for vehicles among others,” he said. “This is a scenario, for example, where the earlier mark is not so famous but can become such one as a result of the Daimler use of their own combined mark in the market.” (TJL)

CentralNic Group acquires brand protection company – Internet platform CentralNic Group has acquired online brand protection software and corporate internet services provider SafeBrands. While SafeBrands' online brand protection products and expertise have, to date, been available to companies based in French-speaking markets, CentralNic plans to offer them through its global Brand Services offering, which currently serves clients worldwide through teams based in the US, the UK, Canada, Australia, Germany, New Zealand, and other countries. Ben Crawford, CentralNic Group CEO, commented: "The acquisition of SafeBrands is an important next step for CentralNic in our strategy to provide comprehensive end-to-end digital domain name and online brand protection services to enterprise clients, globally. We are delighted that SafeBrands, its talented team of domain and IP protection experts, cutting-edge software and service portfolio and established business relationships, are becoming part of our group. Intellectual Property is the lifeblood of any company, creating value and differentiation, and the successful future of any brand depends on protecting its IP with maximum efficiency. SafeBrands' brand protection products will help CentralNic further broaden our capabilities in this space." (TL)

Musk tweet leads to share gain for wrong company – On 7 January 2021, the world’s richest person, Elon Musk, tweeted out two words to his millions of followers: “Use Signal.” The message appeared to be referring to the not-for-profit encrypted messaging service. However, according to Bloomberg, within hours, a Texas medical company called Signal Advance Inc saw its share price surge by 600%. Within three days, it had risen by more than 5,100% to a value of $390 million (from $7 million). Incredibly, with financial media reporting on the apparent confusion at the end of last week, shares continued to rise this Monday. This is despite the company apparently reporting zero revenue from 2014 to 2016. It is also a reminder, perhaps, of the risks (or maybe opportunity) of sharing a name with another company in a different market sector. While consumer confusion is usually a negative thing, in this case, it may have led to a windfall – albeit temporarily (presumably). (TJL)

Quinn Emanuel opens Texas office – Quinn Emanuel Urquhart & Sullivan has opened an office in Austin, Texas. “We are very excited about expanding into Austin. Clearly, it is a boom town attracting the cream of the US tech sector as well as billions of dollars in new investment. As always, we go where the clients are. The Westenr District of Texas has become one of the most important litigation forums in the country particularly for patent cases,” said firm founder John B Quinn. “Our Houston office is already thriving and our dominance in intellectual property work makes us an especially good fit for the Texas market.” On the same day as the grand opening partners Scott L Cole and Asher B Griffin joined the firm, complementing two other partners who are based there. Patent litigator Cole joins from McKool Smith. Griffin joins from a commercial litigation boutique, Scott Douglass & McConnico. (BD)

Venner Shipley announces hires – Venner Shipley has today announced that Kirsty Simpson, a European and UK patent attorney,  has joined, as a partner in the firm’s chemical and life sciences team. The firm has also  strengthened its Munich office with the addition of senior German and European Attorney-at-Law, Mechthild Liebelt. Mechthild is a European trademark and design attorney, admitted to practice before the German Patent and Trademark Office and the EUIPO. (TL)