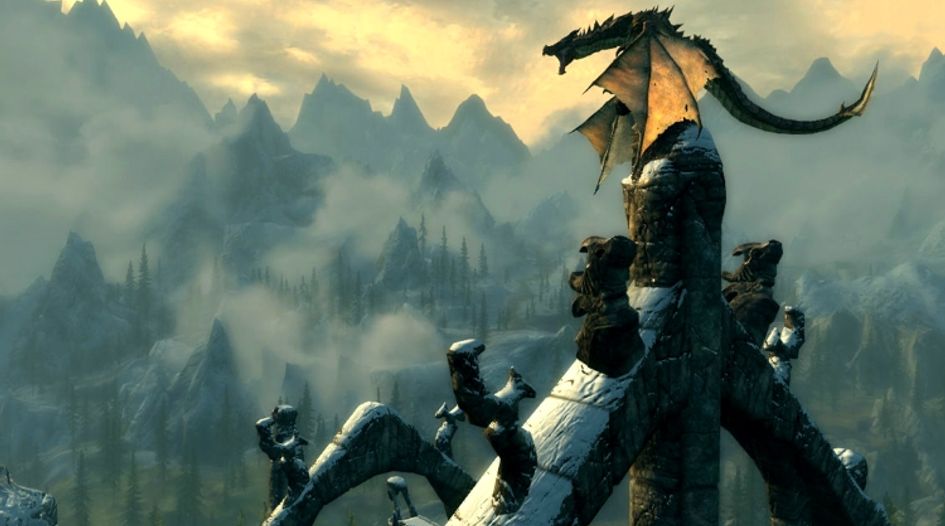 Every Tuesday and Friday, WTR presents a round-up of news, developments and insights from across the trademark sphere. In our latest edition, we look at Alibaba’s integration of blockchain technology into its intellectual property protection platform, the resolution of a dispute over the REDFALL mark, new lawsuits initiated by Deckers Outdoor Corporation, and much more. Coverage this time from Trevor Little (TL), Jonathan Walfisz (JW) and Tim Lince (TJL).

Anaqua and Hogan Lovells team up – IP management solutions company Anaqua has announced a strategic partnership with global law firm Hogan Lovells. The latter’s intellectual property practice has close to 400 dedicated professionals spanning the Americas, Europe, and Asia and, through the new partnership, ANAQUA will provide the trademark team with a unified platform designed to, in its words, “further drive process standardisation and automation across their offices worldwide. The platform’s multi-language functionality will support the firm’s international operations and diverse client base”. Burkhart Goebel, global head of the intellectual property, media and technology practice at Hogan Lovells, states that the tie-up “complements our Total Brand Care program; an initiative that leverages leading edge technology by implementing intelligent analytics within our trademark services to speed up the launch of new brands, and create greater efficiency for our clients’ brand protection”. (TL)

Alibaba’s turns to blockchain as part of brand protection programme – It has been reported that Alibaba will integrate blockchain technology into its intellectual property protection platform later this year, allowing electronic deposits from international brands to directly link to the country’s Internet Court, providing a basis for litigation rights protection. Earlier this week, a report by Securities Daily News also revealed that Alibaba had applied for 262 blockchain patents, highlighting the importance of the tech to the Chinese ecommerce giant. Staying with Alibaba,  Securingindustry.com spoke to the company’s head of global intellectual property enforcement, Matthew Bassiur, who claimed that its efforts to clamp down on fakes have been so successful that counterfeiters are migrating “to e-commerce platforms that are not as strong in their IP enforcement”. (JW)

African telecom companies Safaricom & Vodacom acquire IP rights from Vodafone – Plans have been announced by a joint venture between Kenya’s Safaricom and South Africa’s Vodacom to acquire the IP of Vodafone’s mobile financial services platform M-Pesa, according to Reuters. The $13.4 million (€12 million) deal will save the 2% Safaricom pays and 5% Vodacom pays to Vodafone for licensing royalties. Beyond financial savvy, the acquisition will allow the companies to expand the reach of the money-transfer service to other regions in Africa. Already popular in Kenya and Tanzania, M-Pesa could fill a gap in the Ethiopian market according to Safaricom CEO, Bob Collymore. “We are watching Ethiopia closely because as we see the liberalisation of the markets, both the mobile payments market, the telecoms market and the banking sector, we think there could be opportunities,” he said. Last year, in our exclusive data analysis piece focused on the telecoms sector, we predicted that consolidation would continue in the sector. This latest tie-up shows how IP can help companies can drive financial success through canny acquisitions. (JW)

Elder Scrolls game back on track after settlement with publisher – No axing of IP was necessary as video games company ZeniMax Media has settled its dispute over the REDFALL trademark with publisher BookBreeze. The company behind the popular Elder Scrolls series attempted to acquire the trademark ahead of its sixth instalment of the franchise. Unfortunately, the term was already in use for a Sci-Fi novel series by Jay Falconer. However, a statement from the two parties has revealed that the dispute was resolved in a manner “mutually beneficial to both ZeniMax and Bookbreeze.com and their respective fans.” (JW)

Taking the pi** with Taiwan’s IP office – A trademark application for GUMGUM has been reluctantly accepted by the TIPO despite examiners accusing the accompanying design of potentially causing “uncivilized behaviour”. The trademark device depicts a man with a tobacco pipe teetering from the edge of his lips while he ‘relieves himself’ , hands stuffed in his pockets. The examiners claimed the trademark breached the stipulations of Article 30-I-7 of the Trademark Act – “that a trademark shall not be registered if it is contrary to public policy or to accepted principle of morality.” However, the trademark was approved after attorneys for Tsai Lee & Chen argued the design used “American-style illustration techniques” and utilised “unconventional humour”. (JW)

UGG owner targets store chains in new lawsuits – A number of media outlets have reported on the latest in a wave of trademark litigation filings lodged by Deckers Outdoor Corporation and centred on its Ugg line of boots. Footwear News highlights two lawsuits in the US District Court for the Central District of California, one against Wal-Mart Stores and Kmart Corp, and another versus Aeropostale. It notes: “Each complaint accused the defendants of patent infringement, trade dress infringement and unfair competition. It further alleged that the retailers used the California-founded brand’s sheepskin shoe design without permission.” The disputes focus on the design of the Bailey Button boot, with Deckers seeking injunctive relief to immediately and permanently prevent the defendants from selling infringing footwear, and monetary damages in a sum to be determined at trial. The new lawsuits come just weeks after a jury in the US has found that a Sydney based business, Australian Leather, wilfully infringed a trademark registered to Deckers by selling Ugg boots online to customers based in the US. As we reported, that case has proven high profile, with calls for the Australian government to intervene. These new disputes will follow their legal course but the filings illustrate the importance of the company’s designs – and how proactive it will be when enforcing them. (TL)

Blockchain TLDs funding round set to generate new sector tools –  Unstoppable Domains, a software company building domains on blockchains, has announced it has raised $4 million in Series A funding, led by Draper Associates. Following this new round of funding, the company has signalled it is to build tools so that anyone can build a website that can’t be taken down - Tim Draper, managing partner of Draper Associates, said: “By decentralizing domain names, Unstoppable Domains has the potential to spread free speech around the world. Get your blockchain domains and don’t let them be controlled by anyone else, ever!” WTR covered blockchain domains earlier this week, after speaking to INTA Annual Meeting exhibitor Encirca, which was promoting the ‘.ZIL’ blockchain name trademark and sunrise application. Encira’s Thomas Barrett told WTR that such domains are “a new brand identifier” and offer stability as “once something is added to the blockchain, you can’t undo it – it is irreversible”. Given their nature, mechanisms like the UDRP and URS do not apply. Therefore, the space is worth watching. (TL)

gTLD registries reportedly publishing fabricated WHOIS query data – The Security and Stability Advisory Committee (SSAC) has written to ICANN’s highest levels to complain about the multiple major gTLD registries publishing inconsistent reports on their Whois port 43 query volumes, reports Domain Incite. gTLD registries are contractually obliged to hand over their Whois query data every month to ICANN. According to the SSAC, various registries have been reporting identical numbers of queries for many of their TLDs. The lack of legitimate data constricts SSAC’s attempts to research the impact of GDPR and ICANN’s Temporary Specification on WHOIS queries. Although SSAC did not name any names in their complaint, after doing his own research, Domain Incite’s Kevin Murphy suggests that Google, Verisign, Afilias, and Donuts may be giving cause for ocncern. (JW)

Siegal+Gale unveils brand head – Today, Siegel+Gale has announced that Joe Goldberg has joined the leadership team as head of strategy in the London office. Goldberg brings almost two decades of expertise in strategic leadership, business transformation and customer acquisition to the firm. Most recently, he headed the brand consultancy at The Engine Group and has held senior roles at Calling Brands, Clear and Added Value. His international experience spans diverse industries including financial services, the public sector, consumer electronics, telecoms, and pharmaceuticals. Commenting on Goldberg’s appointment, Philip Davies, EMEA president says: “Our clients’ ever-changing needs demand fresh, new perspectives. Throughout Joe’s distinguished career, he has consistently deployed the power of brand to drive change and transform business. We’re delighted that Joe has joined our team." (TL)

Michael Best brings in new partner Arimi Yamada to IP group – Michael Best & Friedrich has added Arimi Yamada as a partner to their Washington D.C. office. Licensed to practise before the USPTO and the Japanese Patent Office, Yamada comes to the firm from IP boutique law firm, Typha IP LLP where she was a founding partner. Yamada will focus on IP and patent matters for Japanese businesses operating in the U.S. (JW)