ECJ decision on 'genuine use': Levi's leaves Colloseum out of pocket

On April 18 2013 the Court of Justice of the European Union (ECJ) gave its judgment in Colloseum Holding AG v Levi Strauss & Co (Case C-12/12). The case concerned the genuine use of trademarks and brings the law on genuine use into harmony with the principles established for the acquisition of distinctiveness through use.

The case involved two graphical marks, noted below as marks Nos 3 and 6. Mark No 6 had achieved registration as a result of distinctiveness acquired through use. 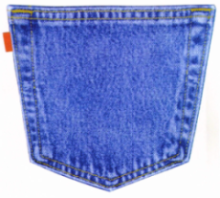 Colloseum Holding AG is a clothing manufacturer which was using red fabric tags on the pocket of a line of jeans. Levi Strauss Co (Levi's) sued for infringement and the court found that there would be a likelihood of confusion with Mark No 6. Colloseum sought to defend itself by alleging non-use against that mark.

On the evidence, it was clear that Levi's sole use of Mark No 6 was in circumstances where the red fabric tag was not blank, but instead featured the name Levi's. In fact, it was use in this form which had originally given rise to the acquired distinctiveness of Mark No 6. This was an application of the principles from Société des produits Nestlé SA v Mars UK Ltd (HAVE A BREAK) (Case C-353/03), where it was held that the slogan 'Have a break' had become distinctive for Kit Kat-branded chocolate as a result of the long-standing use of the slogan 'Have a break... Have a Kit Kat'. In the same way, the use by Levi's of a red fabric pocket tag featuring the word 'Levi's' had become sufficiently well known that simple use of the red tag on jeans was identified by consumers as referring to Levi's even when used without the word Levi's on it.

In considering the question, the ECJ recapped the reasoning from HAVE A BREAK and specified that the key condition to consider is whether a given element is, in itself, perceived as indicating trade origin for goods and services. If that element has come to be understood as distinctive of the proprietor's goods and services, then it has acquired distinctive character for the purposes of registration. This acquisition of distinctive character is not impacted by the fact that the element has historically been used together with other inherently distinctive elements. The reasoning is interesting from a theoretical point of view because it was acknowledged in the national court judgments relating to HAVE A BREAK that the element acquiring distinctiveness is doing so partly because of its close and long-term juxtaposition with a much more distinctive element. It has, to some extent, borrowed distinctive character from the inherently distinctive mark.

The ECJ went on to extend the principles from HAVE A BREAK to the assessment of genuine use for the purpose of maintenance of trade marks, commenting that "if it is possible to acquire trademark protection for a sign through a specific use made of the sign, that same form of use must also be capable of ensuring that such protection is preserved". The requirements for showing acquired distinctiveness, which are that a sign must have become capable, alone, of indicating trade origin for given products or services, also apply to genuine use.

For a sign to be put to genuine use, it must be the case that such use can be identified by consumers as indicating the trade origin of the products or services. However, presuming that this is the case, and that the sign has such distinctive character, whether inherent or acquired, it does not matter whether the use made of the sign is in conjunction with other signs or as part of a more complex sign which is itself registered as a trademark.

Overall, the decision is a good one and it makes sense that the approach taken in determining the acquisition of distinctive character through use is applied to assessing genuine use as well. In particular, the decision further ameliorates the potentially dangerous consequences of Il Ponte Finanzaria Spa v OHIM (BAINBRIDGE) (Case C-234/06). In that case, the ECJ had originally found that "it is not possible to extend, by means of proof of use, the protection enjoyed by a registered trademark to another registered mark", giving rise to concerns that the enforceability of a registration could be impacted by the ownership of other related marks.  For example, if a business registers both a plain word mark and a composite mark featuring that word together with a distinctive graphical logo, it was arguable under BAINBRIDGE that use of the composite mark would not support the word mark. However, it is now clear that this would have been an incorrect assessment. Use of a composite word-and-device mark will support both a registration for the composite mark and a registration for the word mark alone, or the graphical device alone, providing that the latter element is distinctive in its own right.

However, there is still a final warning to give. Although the Levi's case makes it easier to show genuine use for trademarks in cases where a number of different distinctive signs are used together, a finding of genuine use in such circumstances is still dependent on a finding that the sign will be perceived as distinctive in its own right within the context of the overall course of use. In a case where a sign will not be perceived as distinctive of trade origin within a given history of use, there will be no genuine use of that sign and such a history of use will not support a registration for that sign.