In Malaysia Dairy Industries Pte Ltd v Ankenævnet for Patenter og Varemærker (Case C-320/12, June 27 2013), the Court of Justice of the European Union (ECJ) has answered three questions referred by the Danish Supreme Court concerning the interpretation of the concept of ‘bad faith’. An 18-year-old trademark application was finally allowed after the ECJ instructed the Danish Supreme Court that the Danish concept of 'bad faith' was too narrow.

On June 2 1995 Malaysia Dairy Industries Pte Ltd applied for registration in Denmark of the following three-dimensional trademark in Classes 29 and 30 of the Nice Classification: 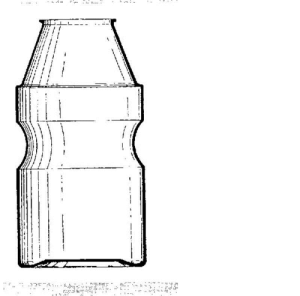 (Although the mark applied for was not published in the instant decision, WTR has chosen to publish this image taken from the original Danish application).

Kabushiki Kaisha Yakult Honsha lodged an opposition against the application, claiming that Malaysia Dairy had known, or should have known, of Yakult’s registrations (dating back to 1965), in Japan and a number of other countries, including member states of the European Union, for a trademark representing a similar bottle.

In 1993 Malaysia Dairy and Yakult entered into a settlement agreement which laid down their rights and mutual obligations concerning the use and registration of their respective bottles in a number of countries. In other words, the parties knew each other prior to Malaysia Dairy’s filing of the Danish application in 1995.

The relevant provision of the Danish Trademark Act, Section 15(3)(3), states as follows:

Yakult’s opposition failed, in that the Danish Patent and Trademark Office held, among other things, that since Malaysia Dairy had a mark registered in Malaysia, and had subsequently applied for the same mark in Denmark, its bad faith could not in the present case be demonstrated by the mere fact that, at the time it filed its application for registration, it knew of the foreign trademark of which Yakult is the proprietor.

Yakult appealed to the Danish Board of Patent and Trademark Appeals, which, in October 2006, reversed the decision of the Patent and Trademark Office, finding that Malaysia Dairy knew of the earlier Yakult registration in Japan. Malaysia Dairy further appealed to the Sø- og Handelsretten (Maritime and Commercial Court), which affirmed the decision of the board, stating, among other things, that it was not disputed that Malaysia Dairy knew of Yakult’s earlier mark at the time it filed its application for registration in Denmark.

In November 2009 Malaysia Dairy appealed that judgment to the Danish Supreme Court.

The Supreme Court decided to stay the proceedings and refer the following questions to the ECJ for a preliminary ruling:

With regard to the first question, the ECJ replied that Article 4(4)(g) of Directive 2008/95 must be interpreted as meaning that the concept of ‘bad faith’, within the meaning of that provision, is an autonomous concept of European Union law which must be given a uniform interpretation in the European Union.

With regard to the third question, the ECJ held that Article 4(4)(g) of Directive 2008/95 must be interpreted as meaning that it does not allow member states to introduce a system of specific protection of foreign marks which differs from the system established by that provision and which is based on the fact that the applicant knew or should have known of a foreign mark.

The application which is the subject matter of this case was over 18 years old. Besides showing how tenacious parties can be in using the several tiers of the appeal system, it shows how harmonisation truly works when the ECJ deems a trademark concept to be an autonomous concept of EU law. Hopefully the ECJ will soon do the same with other trademark concepts, such as likelihood of confusion and distinctiveness.