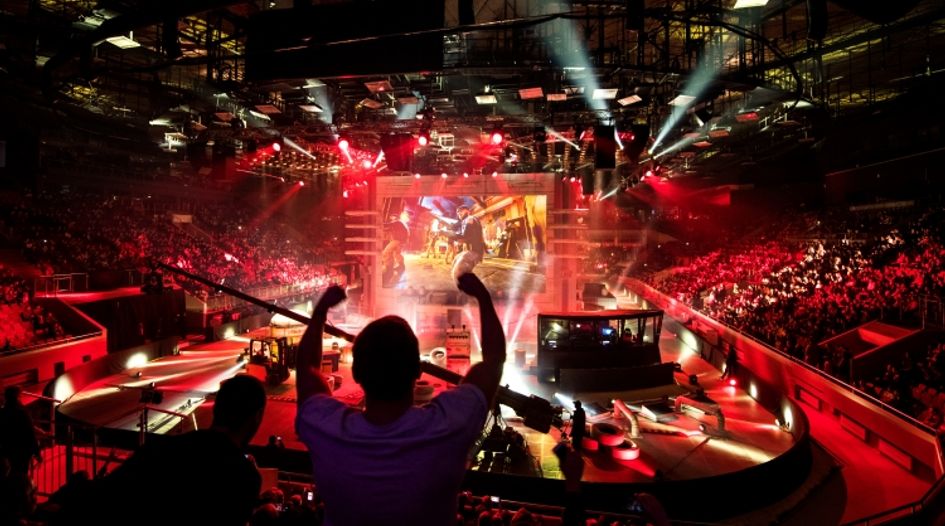 Every Tuesday and Friday, WTR presents a round-up of news, developments and insights from across the trademark sphere. In our latest edition, we look at fakes being sold around Mother’s Day, CompuMark and WebTMS partnering up, Louis Vuitton seeking legal action against a Chinese entity, and much more. Coverage this time from Trevor Little (TL), Adam Houldsworth (AH), Bridget Diakun (BD), Jonathan Walfisz (JW) and Tim Lince (TJL).

CompuMark and WebTMS announce strategic partnership – Trademark research and protection company CompuMark and trademark management systems specialist WebTMS Limited have announced an alliance that will allow users of WebTMS flagship product to access to CompuMark’s 186 trademark databases, covering jurisdictions around the world. The companies state that the integration will create more efficient workflows for WebTMS users “by ensuring CompuMark’s best-in-class error-corrected data is immediately available within trademark professionals’ day-to-day IP management workflows”. Jeff Roy, president of CompuMark, stated: “This strategic partnership is the answer to the growing request of clients for being able to access CompuMark data in their trademark management systems. By integrating both platforms we are better serving the trademark professional.” (TL)

Study finds 40% rise in fake beauty products before Mother’s Day – A new report from online IP infringement detection service Red Points has discovered various trends around counterfeits being purchased ahead of Mother’s Day in the United States. The key findings is that there was a 40% increase in detections of fake beauty products on Instagram in the weeks leading to Mother’s Day in 2018, with 30% of all IP infringements for beauty brands being found on either Facebook or Instagram over the same time period. “For a holiday where mothers are supposed to be showered with nothing but the best, it is shocking to find that so many counterfeits are still being given as gifts, intentionally or accidentally,” commented Laura Urquizu, CEO and partner of Red Points. “For brands, the damage goes beyond an upset mother. Our data shows that bad experience caused by fake product can turn a customer off a brand forever.” Indeed, it’s also a reminder of how holiday shopping events – from Mother’s Day to Christmas – require individual brand protection strategies. (TJL)

USPTO issued examination guide for cannabis-related marks – Late last week the USPTO issued a new examination guide elated to the treatment of marks for cannabis and cannabis-related goods and services. On WTR we recently revealed that a select group of examiners have been handling marks for marijuana and cannabis products, with the office evaluating the impact of the 2018 Farm Bill, which removes ‘hemp’ from being a controlled substance subject to the Controlled Substance Act (CSA). For applications filed on or before 20 December 2018 (when the Farm Bill was signed into law), the office has stated that the bill potentially removes the CSA as a ground for refusal of registration, but only if the goods are derived from ‘hemp’. Thus, applications centred on such goods are likely to proceed (applications filed before that date for hemp and hemp related products will be given the option to modify the filing date of the application to 20 December 2018).However, the office restates that “cannabis and cannabidiol (CBD) derived from marijuana still violate[s] federal law, and applications encompassing such goods will be refused registration regardless of the filing date”. The office also warns that, even if the identified goods are legal under the CSA, not all goods for CBD or hemp-derived products are lawful following the 2018 Farm Bill – such goods may still raise lawful-use issues under the Federal Food Drug and Cosmetic Act. (TL)

E-sports players are becoming the new influencers – WTR has previously covered the ongoing trend of brands seeking out Instagram influencers to market products, however we are now seeing athletic brands approaching e-sports players for partnerships. Champion has revealed that it will work with Foot Locker to launch apparel from five major e-sports teams. Part of this launch will include an in-store tournament where customers will have the opportunity to compete against the players in the games. The e-sports market is growing rapidly and is worth $1.5 billion, with a majority of its fans between the ages of 18 and 34. The use of e-sports players to promote brands is highly effective as these individuals are better placed to interact with consumers directly. Furthermore, e-sports players are highly active online and are constantly streaming, allowing for lots of brand exposure. (BD)

Louis Vuitton alleges Chinese shoe brand infringes its sneaker design – French luxury company Louis Vuitton has sought legal action against Chinese company Belle International for alleged infringement of its LV Archlight trainers. The company has requested the products be removed and destroyed, and that Belle International be made to pay an unspecified amount of damages. (BD)

First GI registration in Cambodia – International law firm Rouse has “broken new ground” with the registration of the first ever foreign geographical indication (GI) in Cambodia for Champagne. The GI registration will mean that ‘Champagne’ will now be protected in the fast-growing Asian country. In a press release, Rouse revealed that it hopes a second GI registration will quickly follow, following a 7 May filing for Cognac. “We are thrilled by the news that Cambodia has granted GI protection to Champagne,”  said Fabrice Mattei, principal at Rouse. “We look forward to working with the Department of Intellectual Property of Cambodia (DIP) in registering Cognac.” (TJL)

Williams-Sonoma can proceed with Amazon suit – Consumer retail company Williams-Sonoma can proceed with a trademark infringement lawsuit against Amazon in relation to an unauthorised store on Amazon.com. According to MediaPost, the company alleges that Amazon used search adverts and emails to “wrongly suggest Williams-Sonoma had authorised its merchandise to be sold by Amazon”. For example, a Google search for the company name would return a result with the phrase ‘Williams & Sonoma at Amazon’ and ‘Amazon Official Site’. However, Amazon disagreed there was any ill-intent, telling the US District Court in California to dismiss the claims as it is allowed to offer a platform for re-sellers. It appears, though, that the judge disagreed, saying in the decision that Williams-Sonoma allegations “raise the plausible inference that Amazon is not merely reselling Williams-Sonoma products, but is instead cultivating the incorrect impression that these sales on Amazon.com are authorized by Williams-Sonoma”. For practitioners, this is certainly a case to follow. (TJL)

Did you hear? UMG fails to get trademark – Universal Music Group (UMG) failed this week in their application to register the phrase ‘As Heard On TV’. The application was to cover a set of music releases for songs featured in TV shows. UMG were told they would be unlikely to have the application approved unless they “waived exclusive rights to the phrase” yet UMG declined and pressed on atthe Trademark Trial and Appeal Board. They also claimed that the trademark wasn’t descriptive as many of the songs wouldn’t have been “heard on television previously”. UMG also claimed the catchphrase was a “double entendre on the common infomercial slogan ‘As Seen On TV’”. The appeal board however has denied UMG their right to the mark completely. (JW)

EU Trademark Court dismisses copycat perfume appeal – Equivalenza Retail has lost an appeal to the Alicante Provincial Court for selling a selection of perfumes that infringed upon Hugo Boss, Gucci, Lacoste, and Procter & Gamble’s products. Touted as a smell-alike business, the company was found by the courts in 2017 to have “infringed the plaintiff’s well-known trademarks in a parasitic manner” through marketing their perfumes as imitations of other brands’ scents. Appealing that decision to the EU Trademark Court via the Alicante Provincial Court, Equivalenza was found to have taken “advantage of the well-known reputation” of the offended parties’ trademarks. The appeal was dismissed because Equivalenza had not just copied the olfactory fragrance but also the third-party marks. (JW)

Warning over spoof ICANN domain – Domain Name Wire has reported on an alert issues issued by the Internet Corporation for Assigned Names and Numbers (ICANN) that an individual is running a phishing scam impersonating ICANN. According to the article, emails are being sent from ‘[email protected]’ and is contacting contracted parties. “Of course, if someone can spoof the sales address then they can probably spoof the other one or typos of it,” the report notes. Therefore, readers should be mindful of any emails coming from ICANN in the days and weeks ahead. It’s also a reminder of the online brand protection efforts that all parties, including ICANN itself, has to deal with. (TJL)

McCarthy Denning unveils senior IP partner hire – London-based law firm McCarthy Denning has announced the expansion of its IP practice with the appointment of Jennifer Pierce as a partner.  Pierce joins from Charles Russell Speechlys and has over 25 years’ experience specialising in IP, confidential information, associated competition law and IT/internet law.  Her practice has a strong international focus across all forms of IP, mainly patents and trademarks, but she has also had the opportunity to work with valuable know-how, databases, designs and copyright. Her clients range from large listed companies to not-for-profit organisations and start-ups. (TL)

King & Spalding enhances litigation capabilities with IP hires – King & Spalding has hired experienced IP litigators Stephen Baskin and Dara Kurlancheek. The two have been appointed to partners in the trial and global disputes practice group, based in Washington DC Kenny Steinthal, who leads the firm’s IP practice, says: “Steve and Dara’s technology expertise and current list of clients overlap perfectly with the firm’s strategic priorities and will complement our core IP practice and transportation and technology initiatives.” This announcement comes at a time when King & Spalding is looking to build out its IP team, particularly in the litigation and technology practices. The appointment of Baskin and Kurlancheek bring the total of IP lawyers hired since the beginning of the year to three. (BD)

WTR launches new-look magazine – The latest issue of WTR magazine has gone live online, and subscribers will note a major number of changes to the magazine and new types of content, all designed to maximise the value of their subscription. For more information on all the changes, you can view our blog here.  We have some exciting features and projects planned for the coming months and look forward to presenting the platform and new-look magazine to INTA Annual Meeting delegates. If you are heading to Boston, be sure to drop by exhibition stand 918/920 to learn more. (TJL