In further support of rights holders, the High Court of Delhi has issued an injunction in a case involving an e-seller and the controversial practice of ‘latching on’.

The plaintiff, Akash Agarwal, filed a case against the major Indian e-commerce platform Flipkart Internet Private Limited (Flipkart), and other parties, before the High Court of Delhi (Akash Agarwal v Flipkart Internet Private Limited (CS(COMM) 492/2022). Agarwal sought injunctive relief for trademark and copyright infringement as well as passing off, arguing that various sellers had unlawfully latched on to its product listings.

The plaintiff has used its V TRADITION mark in respect of women’s clothing on Flipkart since August 2020 and generated sales of about Rs180 million (approximately $2.25 million) between December 2020 and the date the suit was filed. The mark is prominently displayed on all the plaintiff’s product listings on Flipkart, along with photographs of female models showcasing the garments.

When a seller wishes to list its products in a particular category, Flipkart – based on the business conducted on its portal – recommends certain products in that category as “Best Sellers”. Alongside this, it presents to the new seller the caption “Grow your business by 3x” and the opportunity to be included among “More Sellers” of the said best-selling products. Additionally, it permits the third-party seller to add popular listings from other sellers onto to its own listings page.

In this case, Flipkart’s recommendation enabled the V TRADITION mark – alongside the plaintiff’s product photographs – to be added by third-party sellers to their own listings pages, without the plaintiff’s consent. Once the popular brand name and photographs became a part of the third-party’s product listing, it could easily create and sell similar products, maintaining the illusion that these originated from the best-selling brand.

The plaintiff made purchases from the problematic third-party’s listings to show how it was able to obtain five products that were identical to its own under listings that used the same photographs as it did for its own products, and with the V Tradition brand name displayed on the listing. The products, however, had no product tag names. The invoices were also placed on the record – one clearly showed sale of products by a third-party seller trading as Narayani Fab, under the V TRADITION mark.

To highlight the gravity of the problem, the plaintiff filed affidavits of other parties that had filed similar suits against Flipkart with regard to latching on. Flipkart’s limited defence was that the mark was not registered (applications are pending) and that it had no way to check whether the mark was entitled to protection. That said, Flipkart agreed to take down the impugned listings within 48 hours. 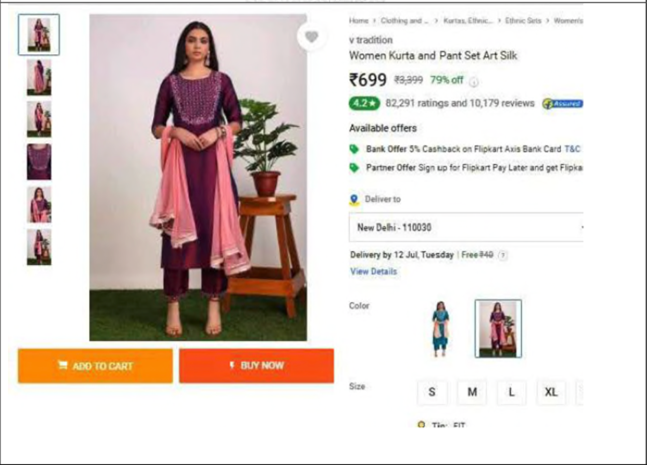 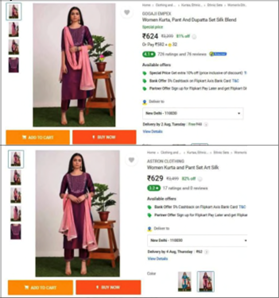 The court rightly noted that with growing advances in e-commerce, issues surrounding IP rights have become more complex. According to the court, latching on was nothing but riding piggy-back, as is known in the traditional passing-off sense. The court held that such actions amounted to unlawful use of the goodwill that resides in the plaintiff’s mark and business and thus, latching on, without a doubt constituted passing off.

The court stated that such a feature could not be used to the detriment of brand owners without their consent. The court asked Flipkart to disable the feature in question, granted an injunction against it and restrained it from allowing any one to latch on to the plaintiff’s V TRADITION mark until the next date of hearing (November 2022). It also restrained all identified third-party sellers.

This case adds to recently developing jurisprudence at the High Court of Delhi on IP matters arising with regard to the Internet. Previously domain registrars have been asked to pull down mirror or unauthorised websites, Google has been restrained from allowing third parties to bid for proprietary trademarks as keywords and now Flipkart has been stopped from enabling latching on. The court’s strong defence of brands in the face of online threats means that intermediaries and e-commerce platforms must quickly adapt and develop best practices that will minimise online infringement and passing off. Meanwhile, the IP fraternity continues to cheer for the high court’s newly formed IP division, which is definitely not shying away from nuanced interpretations of existing provisions to craft effective remedies and solutions for the issues of the day.