Duracell Batteries BV has been successful in a court action against an Iranian producer of energy drinks. The Duracell Energy Drink borrowed the name, shape and distinctive copper-and-black get-up of the well-known Duracell battery. 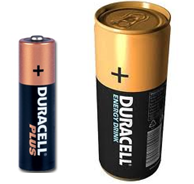 The similarity was such that many Iranian consumers were misled into thinking that the product was manufactured, licensed or somehow authorised by Duracell Batteries in Iran. The Iranian company also used the 'Duracell rabbit' character in certain advertisements for the energy drink.

Pars Pirikias Company had registered the mark DURACELL for oils in Class 4 and drinks in Class 32 of the Nice Classification. It had also registered Duracell’s distinctive copper-and-black get-up as an industrial design in Iran. Because an application cannot be refused on the basis of the reputation of another trademark, Pars Pirikas’ applications had been accepted and registered.

Duracell Batteries brought a court action to cancel Pars Pirikas’ DURACELL trademark registrations for goods in Classes 4 and 32, as well as its industrial design.

The First Instance Court dismissed the action, holding that, as the goods covered by the DURACELL trademark registrations in Classes 4 and 32 were sufficiently distinct from batteries in Class 9, consumers would not be mislead or confused. The First Instance Court did not find any grounds for the cancellation of the trademark registrations or the industrial design.

Duracell Batteries had to prove that the strength of the Duracell brand was such that Pars Pirikas’ use of its mark and design took unfair advantage of the repute of Duracell Batteries’ trademark and was without due cause.

The Court of Appeal accepted Duracell Batteries' arguments and reversed the first instance decision. It ordered the cancellation of Pars Pirikas' trademark registrations and industrial design.

In particular, the Court of Appeal held that the determining factor is the likelihood of consumer confusion, not the classification of goods and/or services. Although the classes covered by the trademarks were different, consumers might still be confused and misled by the marks.

The Court of Appeal further held that the use of Duracell Batteries' trademark and distinctive get-up by Pars Pirikas would mislead consumers into identifying its goods as coming from Duracell Batteries. The court recognised the reputation of the DURACELL trademark in relation to batteries in Iran and confirmed that the mark's reputation was such that it went beyond the relevant public for batteries.