Diversity in the legal workplace: interview with the global chair of A&O’s LGBT+ network 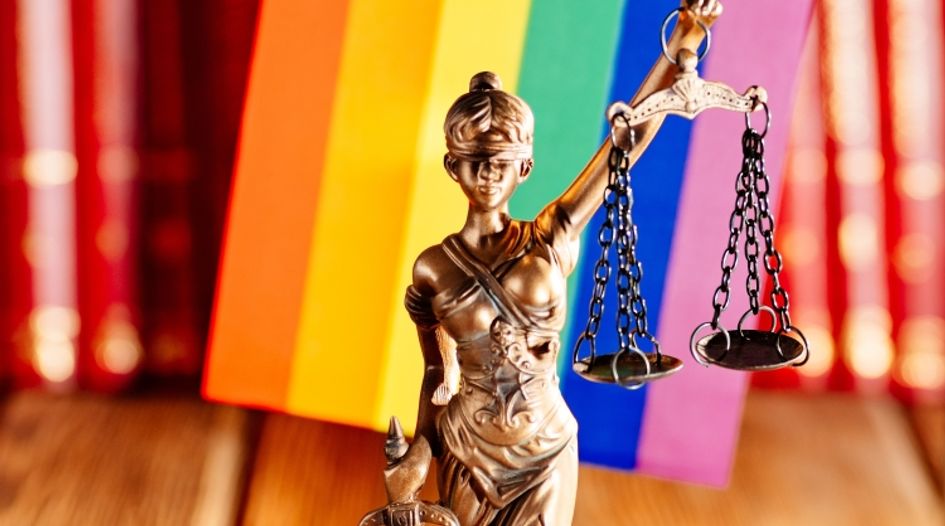 When Jim Ford, alongside 45 others, started his traineeship at Allen & Overy 20 years ago, he was the only publicly out LGBT+ identifying person in the trainee intake. As Ford rose up the ranks to become a partner at the Magic Circle firm, he slowly learnt that at least five members of the group were also LGBT+ identifying. He has subsequently spent over 10 years as chair of the firm’s global LGBT+ network, A&Out and contends: “This is an area where law firms and businesses can really affect social change.”

The activities of the LGBT+ network run the gamut across the firm’s activities. Staff have undergone subconscious bias training, and there are also talks and workshops with topics ranging from trans awareness to LGBT parenting. The firm updated every employee related policy to guarantee they were inclusive. Other changes included making parental leave more inclusive to same-sex partners and adopting gender neutral bathrooms.

Reflecting on his role as chair of A&Out, Ford identifies visibility as one of the most significant aspects. “A lot of the role is about visibility. I think it’s really important for businesses to have visible gay role models.” Although it may be a passive element to Ford’s position, the value of having an openly gay partner in the firm is incalculable, he believes. “If I cast my mind back to when I was joining the firm, it would have been so powerful to have known that there were senior role models who were openly gay and, from their positions, to clearly show that that didn’t damage their careers in any way.”

On the flipside, an environment ambiguous about its support for LGBT+ employees can seriously impact employees’ ability to work. “I think I invested a lot of negative energy in the workplace thinking about things like, ‘Do I tell people?’ and ‘What might they think?’… That can be a lot of negative energy wasted and you want your employees totally focused, completely comfortable, bringing their best selves to the office and not worrying about things like that. A lot of the role is trying to create that environment.”

Increased diversity in the recruitment process also benefits the growth of a firm. “A diverse workforce is going to deliver better solutions for your clients.” Ford says. “I absolutely buy into the idea that if everyone was a straight white middle-class man, they’d share the same ideas and be less creative in how we push the business forward and the solutions we come up with for our clients.”

“Changing the mindsets of non-LGBT+ employees is probably the best thing you can do.”

Originally, the LGBT+ network that Ford inherited in 2008 was ostensibly an inward focused support group. However, Ford has also overseen an outward extension of Allen & Overy’s LGBT+ to the public sphere. This was the second year the firm marched at London Pride. An annual gala event co-hosted by Barclays on A&O’s rooftop raises money for a different LGBT+ charity every year. The firm has also offered pro bono advice to LGBT+ charities such as Stonewall and Queer Britain.

Another pivotal internal addition by Ford has been the launch of A&O’s LGBT+ Allies group. The Allies group brings the activities of the LGBT+ network to the entire firm, including straight colleagues. “Changing the mindsets of non-LGBT+ employees is probably the best thing you can do.”

It’s with the network’s global aspect that the Allies group has made one of the biggest differences. As the London network grew, Ford was conscious that A&O’s offices spanned 31 countries. “If you’re the one LGBT+ person in a smaller office somewhere in our network and you are constantly getting a lot of emails about all the great stuff we’re doing, it can be a bit alienating.”

Now even the smallest offices, with only a handful of LGBT+ identifying colleagues, could coordinate with that office’s Allies group to get initiatives off the ground.

Allen & Overy’s international reach stretches across regions from the UK to Saudi Arabia and Russia. Given the wide disparity between legal environments, Ford has prioritised making colleagues know that when they are at work, they don’t need to worry about being gay. “It’s not our job to push the envelope in terms of direct legal change, but we come at it starting from the position that every employee working at A&O should feel very comfortable to be themselves in an A&O office.”

In 2016, Wim Dejonghe and Andrew Ballheimer took over as senior and managing partner respectively at Allen & Overy. Of their strategic priorities for the firm, diversity was one of them. Top-down support from senior management was vital to Ford’s goals. “It absolutely counters the fact that if I might speak up on an issue, a cynical person might claim, ‘You would say that’, or that I’m only acting in my self-interest.”

“The biggest challenge is a more holistic approach to diversity.”

With senior management on side, Ford also gets help from a growing number of the newer hires. “There’s been a generational shift. There’s a real expectation from our junior and associate population asking what the firm is doing on diversity. That never used to be the case.” Ford says. “You have to deliver on it. The pressure of doing more and making sure we’re at the forefront of this has heightened since I started in the role. But that’s countered by the fact that there’s no real resistance to it. Anyone that’s got a good idea that can improve the firm’s diversity policy is going to have the ear of management.”

Of course, there is still progress to be made and Ford observes: “The biggest challenge for ourselves is a more holistic approach to diversity.” He also believes that law firms have still got a long way to go with respect to gender diversity and for ethnic minorities. Ford is also cognisant that that his position as a white gay man requires different work to other groups under the LGBT+ umbrella. “A lot of the work we’re doing right now is shifting away from just being about gay men. We’re focusing a lot more on making the L, B, and T+ space the priority at the moment.”

Over the years, Ford has been contacted by other lawyers running networks or starting them from the ground up – something he is happy to assist with: “No one’s really looking at this to get a competitive edge.” His first advice is always to know what the goals of the network are. For some, that might mean setting up a small inward support network as a first step.

“I think the support of allies is so powerful.”

Whatever the approach, firm-wide collaboration is a must for Ford: “I think the support of allies is so powerful.” Securing the support of upper management from an early stage has been critical in getting a huge amount of work done. With that support in place, the network will have the room to grow alongside its LGBT+ members. “We’ve got a really engaged group of associates and trainees that are real self-starters and they organise events. We’ve also got the diversity team. As the network’s taken off, there’s been no shortage of volunteers for organising things.”

Ford has witnessed significant workplace change across his career. “As society changes, people make far fewer assumptions these days. 20 years ago, everyone was out there assuming everyone was straight. That’s now not the case.” While a positive shift, there is still more to do. However, helping to facilitate that evolution is something that Ford relishes. “It gives me a sense of achievement that’s very different from the sense of achievement from getting a deal. This is an area where law firms and businesses can really affect social change.”