In 2006 Bringwell Sverige AB succeeded in preventing an alleged trademark infringement by seeking an interim injunction against Cederroth AB, a new competitor on the market. Following the injunction, the parties fought a legal battle for many years regarding whether there had been infringement and whether the injunction was correct.

This autumn, in Cederroth AB v Bringwell Sverige AB (Case T- 1301-11), a district court has awarded the highest amount of damages for lost sales ever granted in Sweden – but not to Bringwell. The court granted a total of Skr20 million in damages to Cederroth, because an appeal court had ruled that no infringement had occurred and, according to Swedish law, there is strict liability for interim injunctions.

Since 1992 Bringwell has been the proprietor of the registered trademark MIVITOTAL. The Mivitotal brand is used for liquid supplements, such as multivitamin drinks. In 2006 Cederroth launched a multivitamin drink called Multitotal. 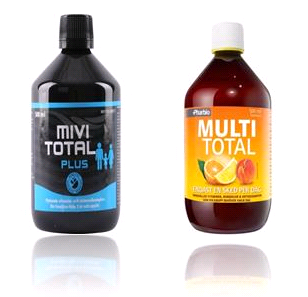 Following the launch of Cederroth’s drink, Bringwell obtained an interim injunction preventing Cederroth from using the name Multitotal under penalty of Skr1 million. Despite Cederroth’s appeals, the decision remained in force until 2010, when the Svea Court of Appeal, in a final judgment, held that no trademark infringement had occurred.

Cederroth then sued Bringwell for damages in a total amount of Skr26 million (for lost sales, among other things) before the district court.

The key issues in this case were:

The district court concluded that Cederroth’s calculations were reasonable, but deducted Skr6 million for alleged marketing costs. The court found that the damages suffered by Cederroth had been caused by Bringwell and sentenced the latter to pay Skr20 million to Cederroth.

The possibility to seek interim injunctions is arguably the most important remedy in IP cases, due to the rights holders’ interest in stopping an ongoing infringement. Further, it is not unusual that the rights holders suffer damages that cannot be fully repaired by any amount of damages (the so-called 'irreversible damages') and, therefore, it is even more important to stop the infringement as soon as possible.

It is exceptionally rare that damages paid in a case where an interim injunction has been issued incorrectly become known to the public. Interim injunctions are supposed to allow rights holders to stop an infringement immediately, but in light of the high amount of damages awarded in the present case, one may wonder whether rights owners will be willing to take the chance. Both parties have appealed the decision.