Dispute over exclusive right to use 'the Portuguese liqueur' heats up

A battle over the exclusive right to use the mark O LICOR DE PORTUGAL / O LICOR NACIONAL ('the Portuguese liqueur' / 'the national liqueur') is currently brewing in the Portuguese courts.

The dispute arose when, in mid-2012, the company Caves da Montanha - A Henriques Lda started to market its product - “a liqueur based on the flavours of herbs harvested in Portugal, giving each customer a taste of the flavours of our land” - under the mark LICOR NACIONAL ('the national liqueur'). Caves da Montanha is the owner of the Portuguese trademark LICOR NACIONAL (No 486675). 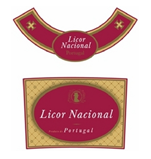 The use of the mark LICOR NACIONAL led the claimant to seek a preliminary injunction (Case No 148/13.1YHLSB) in order to stop Caves da Montanha from manufacturing, bottling, distributing, promoting and selling alcoholic beverages under this mark, claiming that:

The claimant argued that Caves da Montanha's actions were capable of creating a likelihood of confusion and amounted to unfair competition.

The Portuguese Intellectual Property Court dismissed the claimant's arguments, considering that the phrase 'o licor de Portugal' ('the Portuguese liqueur') cannot be exclusively owned by one party and that, therefore, nothing prevented Caves da Montanha from using the same or a similar wording. The court also stated that there was no graphical, phonetic or other similarity that created a likelihood of confusion between the two signs on the part of the public, as their overall composition was different. In light of the above, it refused to issue the requested preliminary injunction.

Following the first instance decision, the claimant filed an appeal, maintaining that Caves da Montanha was engaged in unfair competition and was copying the commercial strategy used for the promotion of the LICOR BEIRÃO mark.

On April 30 2013 the appeal court affirmed the decision of the first instance court. According to the parts of the judgement that have been disclosed to date, the Appeal Court stated as follows:

The judgment cannot be appealed, but this dispute is far from over.

First of all, the main action in relation to this injunction procedure is currently pending before the Intellectual Property Court (File No 482/12.8YHLSB); in the main action, the claimant is seeking the annulment of the mark LICOR NACIONAL (Portuguese trademark No 486675).

There are also other related procedures pending before the Portuguese Industrial Property Office - the office is currently examining Caves da Montanha's application for the registration of LICOR NACIONAL (Portuguese trademark No 500024). This application has been opposed by J Carranca Redondo, but also by Cerealis - Produtos Alimentares SA, a third party that owns several trademarks and logos consisting of, or containing, the word 'nacional'.

Meanwhile, on February 6 2013 J Carranca Redondo applied for the registration of the word mark O LICOR DE PORTUGAL for “liqueurs” (Portuguese trademark No 509685). This application was opposed by Xarão - Companhia Portuguesa de Licores Lda. The grounds of the opposition are unknown, but it may be based on part of the company’s business name - Companhia Portuguesa de Licores ('Portuguese liqueur company') - and/or on absolute grounds for refusal (considering that Xarão does not seem to own any similar trademarks).

Arguably, all these pending cases, and now the fact that it is becoming a multi-party dispute, make this one of the most interesting trademark cases that Portugal has seen in recent years. It will also represent a challenge for the one-year-old Intellectual Property Court, which will have to consider a case involving likelihood of confusion, unfair competition and the potential limits of acquired distinctiveness.