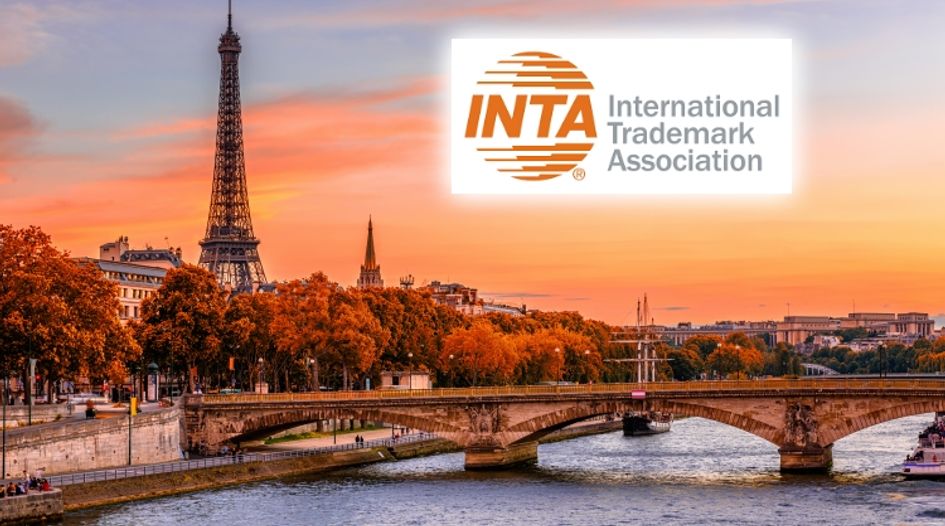 Every Tuesday and Friday, WTR presents a round-up of news, developments and insights from across the trademark sphere. In our latest edition, we look at the US Food and Drug Administration sending its first warning letter in relation to the DSCSA, United Pot Smokers (UPS) being sued for trademark infringement, the Chilean IP Office extending deadlines for those affected by forest fires, and much more. Coverage this time from Trevor Little (TL), Adam Houldsworth (AH), Bridget Diakun (BD) and Tim Lince (TJL).

Dispatches from INTA’s Embracing Change conference in Paris – INTA’s Europe conference got off to a busy start in Paris this week, with the main topic of conversation being the ongoing changes in the trademark and branding landscapes as they react to digitalisation and big data. The best way for a brand to respond to these changes, contended Jason Oke, EMEA managing director of Red Fuse, is to combine data with technology, utilising partnerships to craft complex marketing campaigns. He added that, while there may be a growing importance on marketing and online platforms, there are some things that stay the same – one being that creative ideas are still the drivers of transformation in businesses. Also speaking at the event was Sophie Radcliffe, an influencer known as ‘Challenge Sophie’, who pressed the need for brands to have an impact in the community, and inspire consumers as a means to achieve success. The first day wrapped up with a discussion on the changing role of trademark teams, in which it was noted that attorneys are now expected to handle a wider range of issues including, but not limited to, branding, marketing, and designs. Technology and AI, and the potential tools which can be introduced by IP offices and services providers with the help of big data, are there to assist trademark professionals in these endeavours. However, there was unanimous agreement among the panel that technology needs to be adapted to better enable practitioners to do their jobs. (BD)

FDA sends first DSCSA warning letter – The US Food and Drug Administration has sent its first warning letter regarding suspected non-compliance with the terms of the Drug Supply Chain Security Act (DSCSA), it has been reported. Passed back in 2013, the act seeks to protect consumers against counterfeit or otherwise harmful drugs by stipulating requirements for the FDA to build an electronic system to trace and monitor the distribution of certain prescription medicines. The letter in question was sent to drug distributor McKesson, whose verification processes were found to be inadequate during a 2018 inspection of its California headquarters and Oregon distribution centre. “Your firm failed to respond to illegitimate product notifications as required, which includes identifying all illegitimate product notifications as required, which includes identifying all illegitimate product subject to such notifications in your possession or control and quarantining such product,” CEO John Hammergreen is told by the notice. “Your firm failed to keep, for not less than 6 years, records of the investigation of suspect product and the disposition of illegitimate product,” the letter continues. Failure to correct these violations promptly may result in legal action against McKesson, the notice warns. (AH)

Australians react to thongs trademark – Users on Reddit’s Australia forum have reacted angrily to a new trademark application related to the popular Aussie footwear ‘thongs’. The application, filed on 25 January at IP Australia, is for a ‘thongs’ logo. It was filed by a company called Thongs Australia, which already has a registered trademark for the logo in the United States. One Reddit user pointed out that, while the application is not a word mark, the company uses the trademark icon (not the registered trademark icon) alongside the word ‘thongs’ in its Sydney airport shop (photo). Meanwhile, another user first stated that IP Australia is “supposed to reject it due to [thongs] being a commonly used term”, but then later added: “Strong possibility of being accepted due to being a picture maybe. I expect they plan to troll other thong sellers by sending threatening letters.” It is no surprise that a trademark application related to a popular cultural item could lead to anger – and this Reddit thread is an example of just that. (TJL)

LegalForce v UpCounsel settles – On WTR, we have previously covered the swathe of lawsuits initiated by LegalForce RAPC against other online trademark filings platforms. One such was directed towards UpCounsel, alleging that the site’s referral fees are an illegal fee sharing arrangement and that fake five-star reviews are posted to mislead consumers. While the disputes have generated a lot of coverage, with LegalForce’s founder Raj Abhyanker openly speaking about the filings, this week a brief press release announced the settlement of that dispute. It read: “As of Friday February 16, 2019, 5:58pm. The LegalForce v UpCounsel in federal district court has settled. The lawsuits were resolved to the mutual satisfaction of the parties. Pursuant to an agreement between the parties, Mr Raj Abhyanker CEO of LegalForce Inc. has received warrants for a significant number of shares in UpCounsel Inc.” Last month, a number of the false advertising claims in this dispute were dismissed by the court as puffery, while others survived (as reported by Rebecca Tushnet). The dispute has now come to a quiet end. (TL)

United Pot Smokers sued for trademark infringement – The United Parcel Service (UPS) is taking cannabis delivery services, United Pot Smokers UPS420 and THCPlant, to court for federal trademark infringement, alleging that they use names and logos that are confusingly similar to its own. The defendants failed to respond to cease-and-desist letters last year, it has been reported. As well as raising the risks associated with consumer confusion, the marijuana delivery services’ branding risks damaging its reputation through association with cannabis, UPS said. A federal judge in California denied the plaintiffs a temporary restraining order on 15 February. (AH)

“Path laid” for ASEAN trademark registration system – A meeting this week of representatives from the national IP offices of ASEAN member states discussed the feasibility of a regional trademark registration system in the region. According to Singapore’s Business Times, a study will be conducted to look at aspects of a possible system, including legal infrastructure, operational set-up, fee structures, stakeholder interests, and the impact on national trademark systems. While clearly in its early stages, such a system has the potential to revolutionise the filing of trademarks in the ASEAN region. It’s certainly one to watch. (TJL)

Chile IPO offers extension to those affected by forest fires – A new blog post from Chile’s National Institute of Industrial Property (INAPI) has announced a trademark extension for applicants located in the country’s Antofagasta, Biobío, La Araucanía and Los Ríos regions. According to the office, “due to the forest fires that affected the southern part of the country, and the unusual rains that afflicted the Province of El Loa, in the Antofagasta region, deadlines will be extended for all IP applications whose applicant has residence in any of the affected areas”. The extension is until 5 March 2019 for those in the regions of Biobío (excluding Concepción and Talcahuano), La Araucanía (excluding Temuco and communes of Mariquina and Panguipulli) and Los Ríos, and until 9 March 2019 for applications in the Province of Loa. (TJL)

Former IPEC takes on Global Innovation Policy Center leadership position – Danny Marti, head of global government affairs at ELX Group, has been elected vice chairman of the US Chamber of Commerce’s Global Innovation Policy Center (GIPC). Marti joined RELX Group in 2017, having previously served as the Obama Administration’s Intellectual Property Enforcement Coordinator. In his GIPC role, Marti will lead efforts and engagements in the US and around the world to develop and promote strong innovation policy and intellectual property standards. He comments: “I am honoured to join GIPC’s board of directors and look forward to working with the outstanding team at the US Chamber to champion creativity, innovation, and enterprise, and to support a healthy and robust intellectual property enforcement policy environment.” (TL)

USPTO unveils new CIO to upgrade “old” systems – The USPTO has announced the appointment of Henry ‘Jamie’ Holcombe as the agency’s chief information officer. Holcombe joins the USPTO after more than 20 years of experience building and leading teams in the IT and financial industries, and recently served as vice president and general manager at Harris Corporation in Herndon, Virginia. Andrei Iancu, under secretary of commerce for intellectual property and director of the USPTO, commented: “Our legacy IT systems are old and it is well beyond time to undertake a fundamental stabilisation and modernisation effort. As our new CIO, Jamie will have a unique opportunity to help the USPTO improve these systems and transition our agency to state-of-the-art technology.”  (TL)

Former Honeywell IP expert joins AnJie – Jerry Xia, previously deputy general counsel & chief intellectual property counsel for Asia Pacific at Honeywell, has joined AnJie as a partner. Xia boasts extensive IP and technology transactional experience, and has handled numerous successful IP lawsuits in China and Asia. At Honeywell, he developed and led a team of 11 IP professionals to support the company’s  businesses, and helped to formulate Honeywell’s China IP strategy. In his new role he will work closely with the firm’s IP teams in Beijing, Shanghai and Shenzhen. (TL)

Obtain high-level trademark management and brand protection insights – WTR is hosting two events, on consecutive days, in Chicago next month. The Brand Protection Online: Strategies for Ethical Enforcement and Managing Trademark Assets USA events will deliver high-level insight and practical takeaways for those tasked with managing, protecting and monetising brands. On 5 March 2019, Brand Protection Online event will take a deep dive into practical strategies for fighting infringement on ecommerce sites, navigating the changing domain landscape and managing reputation online. Taking place at the same venue the next day, the fourth annual Managing Trademark Assets USA will again focus on the cost-effective management of international portfolios, and comes at a time when it is more important than ever for brand owners to ensure they are integrating innovative and disruptive strategies into their trademark operations. To register for Brand Protection Online (or both events) click here. To register for Managing Trademark Assets USA (or both events) click here. (TL)