Difficulties of challenging lookalikes in absence of trademark protection highlighted

Print article
Belgium
Legal updates: case law analysis and intelligence
In two recently published decisions, the Antwerp Court of Appeal and the Benelux Court of Justice have considered how to protect a distinctive sign against the use of confusingly similar signs under the unfair competition rules in the absence of trademark protection.
When launching its vitaminwater product, Coca-Cola attempted to register VITAMINWATER as a trademark in respect of goods in Class 32 of the Nice Classification. It did not succeed for obvious reasons. When lookalikes, including the Vrumona product, entered the market, Coca-Cola sought to protect its array of vitaminwater bottles under the rules of unfair competition - notably, the prohibition of acts contrary to fair trade practices and the provisions relating to misleading advertising. According to Coca-Cola, it was clear that Vrumona had copied the look and feel of its vitaminwater product by using:

In Coca-Cola v Vrumona (2010/AR/905, IRDI 2011, 232, December 23 2010, recently published), the Court of Appeal of Antwerp rejected those claims. The court noted that the rules on unfair competition cannot serve as a fall back in the absence of trademark protection. It referred to Article 2(19)(1) of the Benelux Treaty on Intellectual Property (BTIP), which stipulates that no one is entitled to claim protection for a sign that may constitute a trademark, unless it can rely on a registration for that sign. This principle is known in the Benelux as 'negative reflex'.
That reasoning was in line with a ruling of the Benelux Court of Justice delivered on the same day (Case A 2009/3, IRDI 2011, 223, December 23 2010). In that decision, the Court of Justice held that Article 10bis(3) of the Paris Convention for the Protection of Industrial Property - which prohibits “all acts of such a nature as to create confusion by any means whatever with the establishment, the goods, or the industrial or commercial activities, of a competitor” - may not serve as a safety net: in the absence of trademark protection, a sign cannot be protected as such under the rules of unfair competition. Protection may be granted only in light of accompanying circumstances (eg, if use of the sign “forms part of behaviour causing confusion”). In particular, accompanying circumstances may relate to misleading advertising or use of trade dress causing confusion among the public.
While the Court of Justice left some room to tackle lookalikes that copy the entire look and feel of a product line in the absence of trademark protection, the Antwerp Court of Appeal omitted to seize that opportunity. The decision is considered to be severe by many practitioners.
The Antwerp Court of Appeal had previously handed down a similar ruling in the dispute between Mars and Nestlé over Kit Kat Ball, the Maltesers lookalike (case 2008/AR/242, April 9 2009). 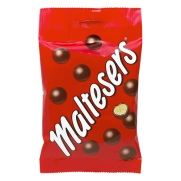 After cancelling Mars’ figurative Benelux mark on the grounds that it was descriptive and lacked distinctive character – the Cancellation Division of OHIM recently reached the same conclusion with regard to the corresponding Community trademark (Case 2608C, July 12 2011) - the court had no objections against the Maltesers lookalike under the unfair competition rules.

Arguably, international law should prevail over Benelux law. Therefore, one may claim that Article 2(19)(1) of the BTIP should be abolished, since it contradicts Article 10bis(3) of the Paris Convention and Article 6(2)(a) of the Unfair Trade Practices Directive (2005/29/EC).
Paul Maeyaert and Jeroen Muyldermans, ALTIUS, Brussels