In Diesel SpA v Hoodies Ltd (motion in CC (Central Distr) 4987-12-14, February 2 2015), the Central District Court (Justice Schefser) has issued interim relief enjoining a local retailer from selling a jeans style that allegedly infringed Diesel’s registered design for its 'Fayza' boyfriend jeans, and ordering the respondent to recall the items at issue from its stores. The court held that Diesel had demonstrated prima facie infringement of its registered design, leaving it to the defendant to challenge the validity of the registration at trial, and that the balance of convenience lay in favour of granting relief to Diesel, for which denim is a core business.

Diesel, an Italian higher-end clothing company, and its local distributor sued a local loungewear retailer, Hoodies Ltd, after discovering, in 2014, that Hoodies offered for sale jeans allegedly imitating Diesel’s Fayza style of boyfriend jeans. The Fayza style was launched in 2011 and has been widely advertised since. Diesel based its claim on two design registrations obtained in 2011, as well as on passing off and several other grounds; it sought interim relief to enjoin Hoodies from selling the allegedly infringing jeans.

Diesel relied on Section 37 of the Designs Ordinance 1926, which prohibits the “fraudulent or obvious imitation” of a registered design.

In response, Hoodies argued, among other things, that:

With regard to passing off, it also claimed that Diesel had failed to show goodwill in that specific style, distinct from the brand’s overall reputation.

The court held that Diesel had provided prima facie proof of a cause of action under the Designs Ordinance, which sufficed for interim relief.

The court reiterated the rule that the primary tests for determining the infringement of a registered design are the visual test (the so-called 'test of the eye') and the novelty test, with the auxiliary test of likelihood of confusion.

The visual test examines whether, based on an overall impression, the external shape of the accused product as it appears to the eye would constitute, for the relevant consumer, an obvious imitation of a registered design. Analysing Diesel’s relevant registration, the court found the following prominent features:

The judge found that the above elements were present in Hoodies’ jeans, apart from a different stitching on the back pockets, which was not sufficient to negate a prima facie finding of infringement in light of the great similarity between the overall appearance of Hoodies’ product and Diesel’s design, a similarity which was unlikely to be the result of coincidence.

Hoodies’ product was thus held to include at least five out of nine elements of one of the designs, and four out of 11 of the other design, with the remaining differences being incapable of changing the overall similarity. Such similarity amounted to an “obvious imitation”.

By way of illustration, Hoodies’ jeans and Diesel’s Fayza style are shown below (pictures from Ynet.co.il; it should be noted that these are product pictures, and not the design registrations examined by the court): 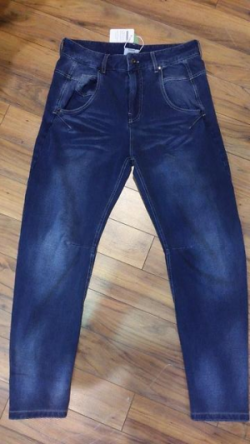 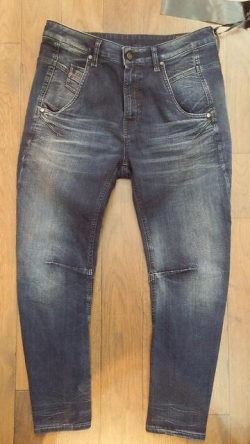 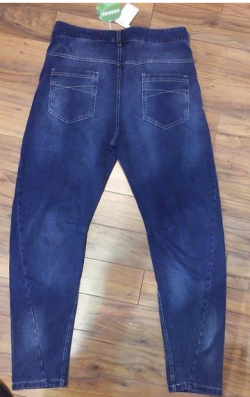 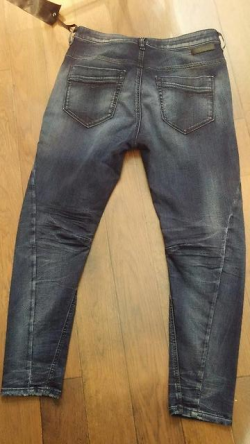 As to the novelty test, the court noted that the scope of protection of a registered design is determined based on the novelty and originality of that design. The court held that, for interim relief purposes, registration in the Designs Register constitutes prima facie evidence of the originality of the designs. Hoodies’ challenge to the validity of Diesel’s designs based on its prior publication was left to be decided at trial, and the court noted that Hoodies had failed to lay an evidentiary basis to negate the designs’ originality in the relevant market - for example, by showing earlier published competing products possessing the prominent features of the Fayza style.

On the issue of likelihood of confusion, the court emphasised the auxiliary status of such test in determining design infringement and held that the price gap, by itself, did not preclude confusion, citing Crocs v Shufersal Ltd (MCM (TA Distr) 12803/07, July 15 2007) and distinguishing adidas Salomon AG v Yassin (CA 563/11, August 27 2012) as there was insufficient similarity between the marks in that case. The judge noted that Hoodies had failed to support with evidence its claim that the market was saturated, which may have affected the determination of a likelihood of confusion.

Finally, the balance of convenience lay in Diesel’s favour, as jeans products are at the core of Diesel’s business, whereas Hoodies concentrates on loungewear and any damage to it could be compensated monetarily.

Hoodies was accordingly enjoined from selling the jeans at issue until the trial, and was ordered to recall the items being offered for sale, subject to Diesel’s deposit of IS50,000 in cash or as bank guarantee. Costs of IS20,000 were ordered against Hoodies.