In Maker's Mark Distillery Inc v Diageo North America Inc (Civ No 10-5508, May 9 2012), Judge Boyce F Martin Jr, writing for the US Court of Appeals for the Sixth Circuit, has held that Maker’s Mark Distillery Inc’s red dripping wax seal was a valid trademark that Diageo North America Inc had infringed through its use of a red dripping wax seal on its premium tequila.

Maker’s Mark owns US Trademark Registration No 1,370,465 for the following design: 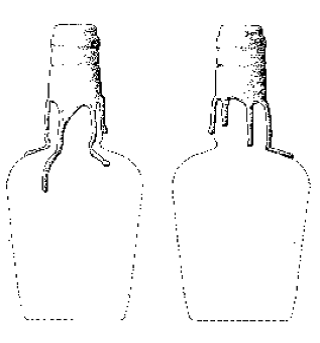 The trademark registration describes the mark as consisting of a “wax-like coating covering the cap of the bottle and trickling down the neck of the bottle in a freeform irregular pattern”. Since 1958, the company has bottled bourbon for commercial sale under the 'red dripping wax seal' trade dress. 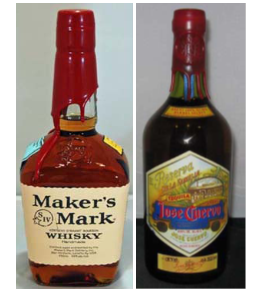 Permitting Maker’s Mark to monopolise red dripping wax as its trade dress, Diageo claimed, would put other alcohol companies at a non-reputation-based competitive disadvantage, because “only wax with natural drips suggests the same degree of hand-craftsmanship and the same artisanal quality”. The Sixth Circuit disagreed, finding that many alternatives exist for bottling products with wax that do not involve “red dripping wax”. Further, it would not be difficult or expensive for competitors to design around the mark. Therefore, the court concluded that granting protection to Maker’s Mark’s trade dress would not hinder competitors’ ability to compete effectively.

Turning to the likelihood of confusion analysis, the Sixth Circuit found that Maker’s Mark’s trade dress was inherently distinctive “based on its uniqueness and its potential to draw in the customer in an unusual manner”. Fifty years of use, extensive advertising and consumer recognition also supported the commercial recognition of the dripping red wax seal and therefore the strength of the mark. The registration’s “incontestability” further bolstered the strength of Maker’s Mark trade dress.

Seeking to chisel away at the strength of the trade dress, Diageo provided evidence that third-parties have used red dripping wax on alcohol and other products, and argued that such evidence indicates that Maker’s Mark’s trade dress should be entitled to only a narrow scope of protection, if any. The Sixth Circuit found Diageo’s evidence to be limited and unconvincing. In particular, the Sixth Circuit noted that an analysis of third-party uses should be limited to use in the “relevant market”, which did not include all distilled spirits in this case.

The Sixth Circuit similarly rejected Diageo’s argument that Maker’s Mark’s failure to submit a survey on commercial success demonstrated that its trade dress was weak. The court concluded that the record already contained evidence sufficient to find that the red dripping wax trade dress is an extremely strong mark.

Diageo also argued that the products’ distinctive bottles - with labels that contained the well-known house brands MAKER’S MARK and JOSE CUERVO - would eliminate any risk of confusion. The court rejected the notion that a house mark always has significant weight in the similarity analysis, particularly where the infringement claim is based on confusion as to sponsorship or affiliation. In this case, the court found that some companies produce multiple types of distilled spirits and consumers are often unaware of the affiliations between brands. Moreover, the court held that when, as here, “two products are related enough... one might associate with or sponsor the other and still use their own house mark”.

Maker’s Mark bourbon sells for approximately $24 per bottle, versus $100 per bottle for Jose Cuervo Reserva de la Familia. The Sixth Circuit found that the cost of the products suggested that consumers would exercise care in purchasing the products and that this factor weighed heavily in Diageo’s favour.

Success in this factor, however, was not sufficient to tip the scales in Diageo’s favour. The Sixth Circuit concluded that the strength of Maker’s Mark’s trade dress, the similarity in the marks, and the relatedness of the goods and marketing channels favoured Maker’s Mark. The court did not place weight on the fact that Maker’s Mark did not furnish “meaningful” evidence of actual confusion, finding that the lack of actual confusion was not surprising given the short availability and limited release of the Diageo product. The Sixth Circuit affirmed the finding of validity and infringement.