Device held to be dominant feature of figurative mark

Greek company Tellas Anonymi Eteria Tilepikinonion (which later changed its name to Wind Hellas) applied for the registration of the figurative mark IZI BY TELLAS VIDEO PHONE PICTURES FROM THE FUTURE (in Greek) to cover a video telephone device in Class 9 and video telephone services in Class 38 of the Nice Classification:

Greek company Anonymos Emporiki Ke Viomichaniki Eteria Idon Ikiakis Chriseos Ke Exoplismou Xenodochion H Benroubi & Yios AE (Benroubi) filed an intervention against the application before the Administrative Trademark Committee on the basis of its prior trademark registrations for IZZY (and device) and IZZY ELEGANCE (and device) covering various goods in Classes 7, 8, 9, 10 and 11, and telecommunication services in Class 38: 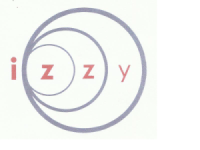 The Administrative Trademark Committee accepted the application and rejected the intervention, stating that there was no risk of confusion among consumers because:

Tellas alleged that the committee had made the right decision, since the mark applied for:

The court, upon assessing the similarity of the marks, held that the dominant feature of the mark applied for was its device, which consisted of a dark, circular shape. According to the court, the device created a totally different impression than that given by the devices of the prior marks, which consisted of tangent circles and were a characteristic feature of the marks. Regarding the alleged similarity of the words 'izi' and 'izzy', the court found that the marks would not give rise to confusion among consumers from a visual point of view, since:

In light of the above, the court concluded that the general visual and aural impression given by the marks under comparison did not present a high degree of similarity and, therefore, there was no likelihood of confusion as to the origin of the goods and services, especially in view of the fact that the mark applied for included the distinctive title of the applicant (“by Tellas”). The court also stressed that the consumers to whom the goods and services were addressed were sufficiently specialised and reasonably well-informed concerning the companies selling related goods and providing related services.

The court also held that this conclusion could not be altered by the prior decision of the Single-Member Court of First Instance, which had been issued under the injunctions procedure. The court pointed out that said decision was limited to the risk of confusion caused by the use of the word 'izi', and did not concern the use of the mark applied for, in which the word 'izi' was not the dominant element.

Consequently, the court rejected the recourse, upheld the decision of the Administrative Trademark Committee and allowed the trademark applied for to proceed to registration.