A design for life: why EU design regulation needs to be reformed 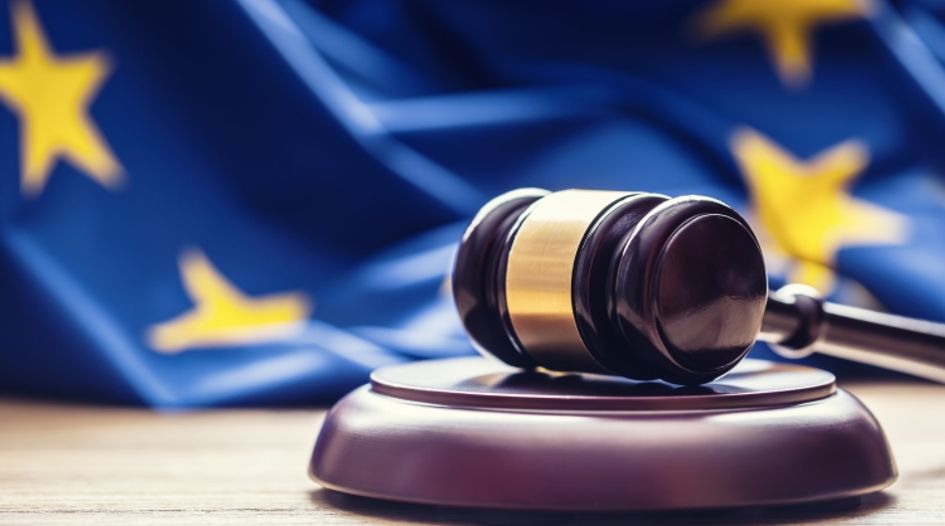 In an exclusive guest post, Claudio Balboni from IP law firm Bugnion argues that the regulation on designs in the European Union needs to be reformed due to a so-called ‘regulatory conundrum’ that brand owners face. Such reform, he contends, should involve the extension of a design’s protection “solely and exclusively” on the basis of what’s on the register, as with trademarks.

In the EU, the Regulation on Community designs (6/2002) includes a rather unpleasant provision: Article 36.6. According to that provision, the indication of the product in which a registered design is intended to be incorporated, or to which it is intended to be applied, does not affect the scope of protection of such design.

This is clearly a regulatory conundrum, considering that the product indication is essential to determine who the “informed user”, the “designer” and its “degree of freedom” under Article 6 are, and what the “the circles specialised in the sector concerned” under Article 7.1, the “normal use" under Article 4.2.a, the “visible features” under Article 4.2.b, and the “end user” under Article 4.3 stand for. Each of these elements help define the design’s validity and scope of protection and therefore they inevitably have to refer to a specific sector in order to be contextualized.

The following is a simple, yet concrete example that can help pinpoint my doubts: a football-shaped chocolate would probably be deemed as a novel design with individual character within the chocolate industry. On the other hand, the same design would definitely lack such requirements if an overall evaluation were to be conducted: footballs have been around – especially in Italy – for quite a long time.

After all, the transposition of sector and shape is the heart of some designs: while a certain shape might be deemed as ordinary within the sector it comes from, that very same shape could be viewed as highly original if placed in diametrically opposite environments.

However, the Court of Justice does not think so. As a matter of fact, the court states, under paragraph 96 of its 21 September 2017 sentence (Joined Cases C‑361/15 P and C‑405/15 P: Easy Sanitary Solutions/Group Nivelles and EUIPO), the following: “Community design cannot be regarded as being new […] if an identical design has been made available to the public before the dates specified in that provision, even if that earlier design was intended to be incorporated into a different product or to be applied to a different product.”

The court goes on to say, under paragraph 99, that: “It follows from the wording of the first sentence of Article 7(1) of Regulation No 6/2002 that the effect of that provision is that the question of whether there is disclosure to the public is dependent only upon how that disclosure is in fact achieved and not upon the product in which that design is intended to be incorporated or to which it is intended to be applied.”

Therefore, the court views the section of the regulation where disclosure is expected to be known in the normal course of business to the EU-based circles specialised in the sector concerned as an “exception” to the “general rule” and, as such, it will have to be interpreted restrictively.

In particular, according to the court: “That provision” (Art. 7 of 6/2002 Regulation) “sets out the rule that the occurrence of any one of the events listed therein constitutes a disclosure to the public of a design”, and that such rule is “subject to an exception when, in the normal course of business, the events relied on to claim that there has been a disclosure could not reasonably be known to the circles specialised in the sector concerned, operating within the European Union. The phrase ‘circles specialised in the sector concerned’ therefore only appears in the context of an exception and must, for that reason, be interpreted restrictively.”

Going back to our example, then, let’s put the court’s rigid interpretation into practice, and assume those who work in the confectionary industry have watched – even occasionally and outside their “normal course of business” –  a football match or have seen a picture of a football player and, consequently, a football. If that is true, then the conclusion we will have to draw is that a football-shaped chocolate is not new and therefore its design isn’t valid – or is it? I do not think this is the rationale behind design regulations, but I’ll bow down before the Court of Justice, and reluctantly abide by its statements.

However, since there must exist an identical shape, either in nature, in the industry or in any other sector, the novelty test will often hinder the possibility to conduct the individuality test.

These are the standards the court lays down to evaluate the validity of a design, but what’s the Court’s opinion when counterfeiting needs to be taken into account? According to Article 10 of Regulation No 6/2002, the scope of protection needs to include “any design which does not produce on the informed user a different overall impression”. It is therefore required that the “informed user” be used as a reference; since being “informed” about everything is not possible, that means the user’s knowledge will have to be limited to a specific area or sector.

While acknowledging the division’s interpretative effort, however, it cannot be ignored that using the indication of the products, even if only to determine who the informed user is and what his or her degree of freedom is, indirectly helps define the scope of protection of a design, which is something the regulation explicitly forbids.

With that being said, what product sector should one refer to, in order to define what sector the user should be informed about? Let’s say the parties are incorruptibly honest, and no personal gain is sought: either way, they’re not going to make any statements unless officially asked to during a dispute; and even if no dispute existed, any third party would still have to be put in the position to evaluate if a design is valid or not. Furthermore, even in case of a dispute, it doesn’t seem quite right to demand that any third parties be burdened with the review of the dispute files in order to evaluate the scope of protection of the design.

While that doesn’t sound like an option, it actually kind of is. In its judgment T-90/16 (Murphy v EUIPO - Nike Innovate), the General Court stated that “the contested design had been registered for ‘measuring instruments, apparatus and devices’ but that it appeared that that design consisted of an electronic wristband”, thus backing up the Board of Appeal’s findings on the case in question - according to which not only does the indication of the product not affect the scope of protection of such design, but such indication can also be disregarded.

The case in question involved a design which was registered for “measuring instruments” that seemed like an “electronic wristband”. It was therefore considered as such.

Secondly, the court asserted that “the applicant does not dispute that the product to which the contested design applies consists of an electronic wristband. He also does not dispute the Board of Appeal’s findings, set out in paragraph 8 above, relating to the informed user who must be taken into consideration in the present case and that user’s level of attention”. Therefore, since the applicant did not challenge the BoA’s findings about the likeness of the product and the informed user, such findings will be considered valid.

In my opinion, that’s unbelievable. What the applicant states is not enough to define a design: one should also verify whether the decision-making body has made any statements that may help define such design, and make sure the applicant hasn’t challenged the body’s judgment during the appeal process. Well, those third parties surely have quite a bit of work to do in finding out how broad the design’s scope of protection can be. Let’s just say the courts and the legislators adjudicating in this subject might have overlooked the principle of predictability from third parties.

But wait, there’s more. Thus far, the views included in the design application had been a reliable and consistent element. While the description, the indication of the product and the classification couldn’t be useful to define a design, the views were one of the last bastions of design protection, the only objective information useful to clearly assess what was being protected under that specific registration number.

Well, that’s ancient history. The court says in paragraph 53 of the aforementioned judgment: “It is possible to take into account, in order to compare designs, the products actually marketed and corresponding to those designs.” If that is true, I’d like to know what timeframe one should refer to in order to define a design. The court states it is correct to consider “actually marketed” products “corresponding” to a certain design.

Therefore, does “actually” mean we’ll have to take into account the graphic look a product had at the time of the filing of a lawsuit? Or will we have to consider its look at a later stage? According to the principle of tempus regit actum, the former sounds like the most reasonable solution.

Of course, let’s not forget an EU design can be renewed for a maximum of 25 years, which means an evaluation of a design during a potential dispute happening close to its filing date will probably be different from an evaluation carried out during a subsequent dispute happening, for example, 20 years later. That’s because shapes can change over the course of 25 years and since “it was not wrong […] to take account of the products actually marketed and corresponding to those designs” to assess the scope of a design, the protection of such design will change over time. Personally, I find this quite irrational.

I cannot understand why, when trademarks are concerned, protection is (rightfully) limited to what the authorities and the public can see on the register, while designs seem to be working the opposite way. As already explained, the legislator states that the indication of the product on the register doesn’t matter at all, while the jurisprudence affirms that the views aren’t useful to limit the protection either, since the court argues that it is possible to consider how the product is “actually marketed”.

In conclusion, I personally believe the EU regulation on design needs to be reformed, and that such reform should involve the extension of a design’s protection solely and exclusively on the basis of what’s on the register – just like with trademarks. Such improvement would legitimate the indication of the product, and it would limit the protection of a design to what’s clearly uploaded on the register. If this approach is already operational in the trademark sector, even though trademarks undergo both a visual and a phonetic, as well as a semantic, evaluation, then why isn’t the same thing happening with designs, too? After all, design protection revolves around visual appearance alone, and an objective assessment of the product group to which the design belongs is therefore essential.