Design infringement action can lie against registered proprietor of design

In Whirlpool of India Ltd v Videocon Industries Ltd (Notice of Motion No 2269/2012 in Suit No 2012/2012), the Bombay High Court has restrained Videocon from manufacturing and marketing its Videocon Pebble washing machine.

In 2012 Whirlpool filed a civil suit against Videocon contending that the washing machines manufactured and marketed by Videocon under the brand name Videocon Pebble infringed Whirlpool's design registrations Nos 223833 and 223835, and that Videocon was passing off its machines as those of Whirlpool. 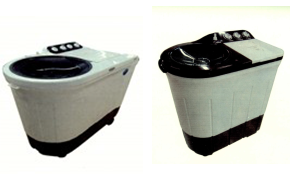 Whirlpool succeeded at the ad interim stage, and Videocon appealed. After the appeal court upheld the order of the single judge, Videocon filed a special leave petition with the Supreme Court on the basis of its design registration for the Videocon Pebble machine (obtained after the decision of the appeal court was issued), contending, among other things, that a suit for infringement cannot lie against the registered proprietor of a design. Videocon’s contention was based on the interpretation of the words ‘any person’ in Section 22 of the Designs Act 2000 as excluding the registered proprietor of a design. The Supreme Court deferred the special leave petition until the decision of the Bombay High Court on the above question of law, as that question had not been considered by the single judge and the appeal court.

When the interim application came up for hearing before the single judge of the Bombay High Court, the court held that an infringement action can lie against the registered proprietor of a design, reiterating the view of the full bench of the Delhi High Court in Mohan Lal v Sona Paint & Hardware and Micolube India Limited v Rakesh Kumar Trading. The court considered the intention of the legislature in Section 22 of the Designs Act by analysing other sections of the act, and concluded that the words ‘any person’ in Section 22 did not exclude the registered proprietor of a design, unlike other sections which in effect exclude a registered proprietor.

This case brings to light the need for sound examination proceedings and provisions on pre-grant opposition. Had the controller of designs rejected the registration of Videocon’s design and/or had the Designs Act allowed Whirlpool to oppose Videocon’s design application, Videocon would not have been able to obtain a registration and raise the aforesaid argument.

It is also noteworthy that the court relied on the registrability of shapes as trademarks under the Trademarks Act 1999 when granting relief in relation to passing off, without dealing with the fact that a ‘trademark’ is excluded from the definition of a ‘design’ under the Designs Act. In any event, it is also notable from recent decisions that the Indian courts are increasingly granting relief in relation to passing off in design cases, which was not the case previously.