Demystifying the concepts of trademark exclusivity and validity

The Trademarks Act 1999 grants exclusivity to the owner of a registered trademark, which leads to questions as to the extent of this exclusivity and the limits that can be imposed upon it. This article provides a brief overview of the principle of exclusivity with regard to:

In Raj Kumar Prasad v Abbott Healthcare Pvt Ltd ([2014] (60) PTC 51 (Del)), the Division Bench of the Delhi High Court (on appeal) had an opportunity to consider whether the owner of a registered trademark can sue the registered owner of a different but deceptively similar trademark.

Abbott Healthcare Pvt Ltd had acquired a registration for the trademark ANAFORTAN, which had been registered and used by its predecessors in interest since 1988. Abbott alleged that Raj Kumar Prasad was using a deceptively similar mark – AMAFORTEN – and had secured a registration for this on June 17 2009. The products bearing the marks ANAFORTAN and AMAFORTEN had the same formula, used the same compound and were intended for the same therapeutic use (relief in abdominal pain and intestinal colic). Further, the trade dress of the two products was also similar.

Abbott instituted a suit for infringement and passing off before a single judge at the Delhi High Court seeking, among other things, a permanent injunction. Abbott sought an extension from the court and filed an application to challenge Prasad’s registration before the IP Appellate Board (IPAB). Prasad argued that the suit was expressly barred by Section 28(3), since he was the registered owner of the mark AMAFORTEN.

However, the judge rejected this defence and observed that a suit for infringement of a registered mark can be maintained against another registered owner and the court can issue an interim injunction if it is prima facie convinced that registration of the defendant’s mark is invalid.

Accordingly, the court restrained Prasad from using the impugned trademark AMAFORTEN by way of an interim injunction. Prasad’s appeal, which he filed against the order before the division bench, was dismissed.

While this case dealt with the exclusive rights of registered owners of trademarks in a dispute between themselves, defendants often also raise a plea that the plaintiff enjoys no exclusivity over a registered mark because the mark is invalid and thus no interim injunction should be issued in its favour. Can courts in such cases consider such a defence at the stage of interim injunction and deprive the plaintiff of its rights in a registered trademark?

This question has come up before Indian courts on numerous occasions in the past, resulting in several divergent decisions. One view is that the courts should not or are not empowered to consider the validity of a mark’s registration in civil proceedings – as long as the mark remains on the Trademarks Register, it should be treated as prima facie valid. However, a contrary view is that Section 28(1) includes the phrase ‘if valid’, meaning that a rights holder qualifies for protection only if the registration is valid. Also, with regard to the presumption of validity created under Section 31, courts have held that this is rebuttable and that the onus rests with the person that challenges the trademark’s validity to establish that it is plausibly invalid. 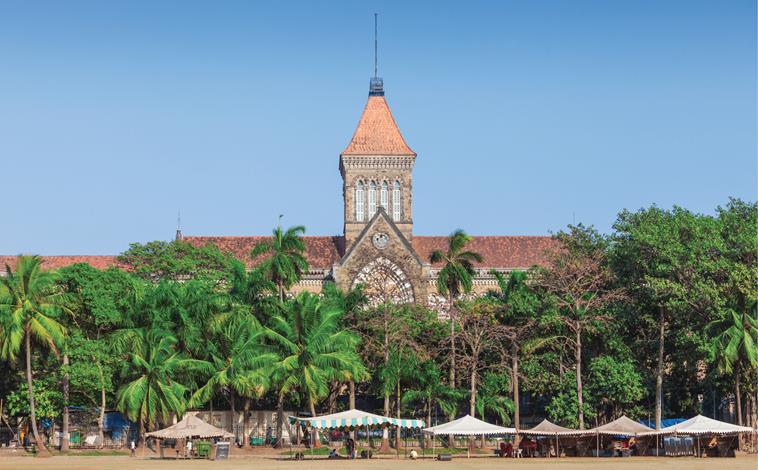 In Lupin Limited v Johnson & Johnson ([2013] (53) PTC 90 (Bom)) a single judge of the Bombay High Court was faced with a similar question – that is, whether the court can examine the validity of the plaintiff’s registration at an interim stage when the defendant challenges this during an infringement suit. Considering the contradictory findings of courts in India so far, the single judge referred the matter to a full bench of three judges.

In its decision of December 23 2014 – and after considering the relevant sections of the act, as well the history of legislation in this area – the full bench concluded that in cases where the registration of a trademark is ex facie illegal, fraudulent or shocks the conscience of the court, the court can address questions as to the mark’s validity and has the authority to refuse an injunction. However, the court clarified that in such cases a very high threshold of prima facie proof of invalidity is required.

Some of the relevant considerations and observations spelled out by the court are as follows:

In SM Dychem v Cadbury (India) Ltd ([2000] 5 SCC 573) the Supreme Court held that any decision on a question of validity in an application for an interim injunction will seriously jeopardise the same issue pending in rectification proceedings. The court distanced itself and refused to consider validity or distinctiveness of the plaintiff’s mark, as those are to be decided in the rectification proceedings.

The Full Bench of the Bombay High Court appears to have oversimplified the Supreme Court’s dictat by observing that the apex court stated only that those issues are to be decided in the rectification proceedings and did not state that the issues have to be decided in the said proceedings. The Supreme Court chose not to question the expertise of the expert body – the IPAB

As per Section 124(4) of the Trademarks Act, the high court will have to decide the suit with respect to the issue of validity in conformity with the final order made by the IPAB in the rectification proceedings. That being the case, any finding on the trademark’s validity at the interlocutory stage by the high court may lead to an incongruity, especially since the IPAB is subordinate to the high court.

The three criteria – ex facie illegal, fraudulent and something that is shocking to the conscience of the court – are subjective and no yardstick has been or can be laid down. In addition, India has numerous courts, including district courts, that have the authority to try trademark suits. These factors may become a common defence against an attack on registration during an infringement action.

Section 31(2) clearly lays down the parameters where a registered trademark can be held to be invalid. If evidence of distinctiveness was not set out before the registrar of trademarks on the date of registration, validity can be questioned. As the statute itself is self-contained, the full bench embarked on an exercise to find external sources (the criteria referred to above) to interpret the ambit of the words ‘if valid’ and ‘prima facie evidence of validity’ in Sections 28 (1) and 31 (1).

Before the act came into force on September 15 2003, the High Court used to decide rectification proceedings along with the Trademarks Registry. With the creation of the IPAB, all such proceedings were transferred to it. By empowering the civil court to adjudicate on validity issues, it appears that the full bench has turned the clock back to pre-2003.

Critics have also pointed out that the full bench opening the door to questioning the validity of trademark registration at the interlocutory stage has had the effect of equating the Trademark Act with the Designs Act 2000 and the Patent Act 1970, which was not the legislature’s intention. Both of these statutes allow the defendant to invoke every ground of cancellation and revocation in a suit for design or patent infringement, which is (or was) not the case in a suit for trademark infringement. Interestingly, neither the Design Act nor the Patent Act has any provision similar to Section 31 of the Trademarks Act.

The journey of a rights holder seeking statutory rights in a trademark starts when it files a trademark application. The first hurdle is examination, during which a distinctiveness objection can be raised on the grounds of registrability or on relative grounds. If the mark is opposed, it must face various tests, including those for distinctiveness. If it survives the opposition proceedings, the mark proceeds to registration. Thanks to judicial activism, a registration’s validity can also be questioned and examined now at the interlocutory stage. The IPAB will examine in depth all issues once again in order to reach a final decision in the rectification proceedings. While a rights holder that wishes to enforce its rights must undergo a litmus test at various stages, a clever defendant can simply copy the trademark and leave the rest to the vagaries of procedure. This is not the case with trademarks alone. The system provides three different methods for attacking patents – post-grant opposition, counterclaim of invalidity and revocation proceedings – causing many to complain that the current system is too complicated.

Although the courts have fettered the absolute exclusivity conferred by a registered trademark to some extent, IP jurisprudence is constantly evolving. It is to be hoped that future legislative amendments and apex court decisions will provide more clarity on these issues. Until then, the debate as to whether the exclusivity and validity conferred by a trademark registration is a myth or reality looks set to continue.