Defendant held to have arrived at same design independently

Print article
United Kingdom
Legal updates: case law analysis and intelligence
In Pro-Tec Covers Ltd v Specialised Covers Ltd [2011] EWPCC 23 (18 October 2011), Richard Meade QC, sitting in the Patents County Court, has provided a detailed judgment on an unregistered design right infringement dispute. The claimant, Pro-Tec Covers Ltd, had alleged that a competitor, Specialised Covers Ltd, had undertaken "a concerted campaign of copying by at least four people, followed by a concerted campaign of lying about it and covering it up". Although the judge could see why the circumstances of this matter could have given rise to suspicions of copying by Specialised Covers, the evidence led to the opposite conclusion.
Pro-Tec designed and sold covers to protect the front face of caravans from dirt and debris whilst being towed. Historically, towing covers consisted of a single sheet of fabric along with straps which would attach to the awning rail of the caravan. A problem with this historic design was that multiple straps needed to be attached to the awning rail. In 2009 Pro-Tec came up with an improvement. Rather than have multiple straps that had to be attached directly from the towing cover to the awning rail, one could have a separate fabric strip (the 'strap strip') which, in essence, was a fabric-covered pole (with straps) which fitted into the awning rail: 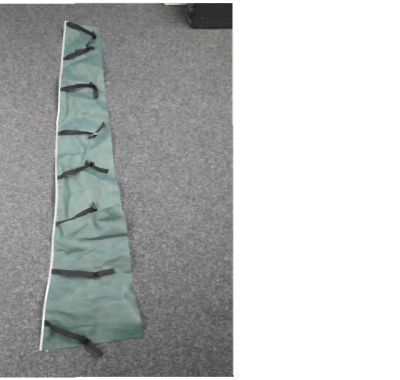 The strap strip would co-operate with the main part of the cover by means of the straps: 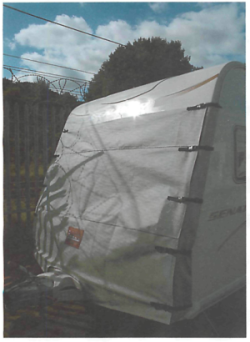 This was said to make fitting the towing cover easier.

Specialised Covers denied these allegations, stating that Lord was hired for his sales ability and that it had no need to copy, as it was already skilled in designing caravan covers in general.

On assessing the evidence, the judge found that it was not compelling enough to allow him to accept such an allegation and outlined several ways in which it was flawed:
Ultimately, the judge found that Specialised Covers conceived of the general idea of a strap strip for the first time independently of Pro-Tec, and that any similarities between Pro-Tec’s and Specialised Covers' product were explained by their having “broadly the same design logic”.

Although not strictly necessary in view of his finding that there was no copying, the judge considered whether any of the features relied on by Pro-Tec were excluded from protection under the 'must fit' or 'method or principle of construction' exclusions in Section 213 of the Copyright, Designs and Patents Act 1988. He found that some were, but not all.

Notably, the judge found that the case law on the 'must fit' exclusion was “directed primarily, if not exclusively, at interfaces” and, as such, only that part of the strap strip that slotted into the awning rail would have been excluded. The strap strip as a whole was not a 'must fit' feature, as there were a number of ways the cover could be held in place.