Print article
New Zealand
Legal updates: case law analysis and intelligence
In Superloans Limited v DC Comics, a general partnership comprised of Warner Communications Inc and EC Publications Inc ([2011] NZIPOTM 43, November 25 2011), DC Comics has failed in its attempt to oppose a trademark application for a superhero character in relation to financial services in Class 36 of the Nice Classification.
In 2009 a New Zealand company, Superloans Limited, applied to register a cape and tight-wearing muscular superhero character bearing a shield-like device with a $ sign in it on his chest: 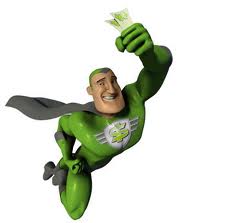 DC Comics opposed based on the likeness to the Superman character. The opposition was based on several SUPERMAN and S marks, including: