The president of the Czech Republic Industrial Property Office, Josef Kratochvil, has issued a strong warning about the “very dangerous” activities of entities sending fraudulent solicitations to trademark applicants. In comments to World Trademark Review, he urged the EU Commission to include the issue on its list of crimes and for more joint action by leading IP offices.

In a keynote speech at the Marques Annual Conference, Kratochvil gave a stark warning about the threat he perceives in misleading correspondences from entities posing as IP offices. These fraudulent solicitation campaigns mostly take the form of a physical letter claiming to be from an official trademark office (eg, “PTO: Patent & Trademark Office”), and are commonly designed to look like an invoice. The letter will most often offer to register or record trademarks, and claim a substantial fee for this. Such letters are sent to names and addresses mined from trademark databases; shockingly, a recent example of this type of activity revealed that upwards of 8% of misleading invoices result in payment.

For Kratochvil, the problem of these fraudulent communications has become so severe that he claims that it is “very dangerous for the future of trademarks” and could “create a situation where users lose confidence in the entire IP protection system”. The Czech IP Office is taking a number of steps to tackle the issue, with transparency being a key focus. “We explain on our website, our forms and on our official communications with applicants that they should expect misleading offers or payment reminders soon after their filing data appears in public databases maintained by our office or the EUIPO,” he explained.

Other actions the Czech office is taking against such fraudulent entities includes filing criminal complaints, publishing misleading invoices on the office’s website, asking banks to close down accounts and asking property owners to close down offices or destroy post boxes. However, ultimately these solicitation campaigns continue in the Czech Republic – and Kratochvil appeared openly frustrated about the situation while speaking on stage.

Talking to World Trademark Review, Kratochvil had further suggestions for how to tackle the issue. The first is more joint action with banks and financial institutions, such as letters from the World Intellectual Property Office, the EUIPO or the IP5 offices to explain that they are “directly supporting unfair competition”. The second is for the European Union to take the issue seriously. “The EU Commission need to be asked to look at this problem as a priority,” he argued. 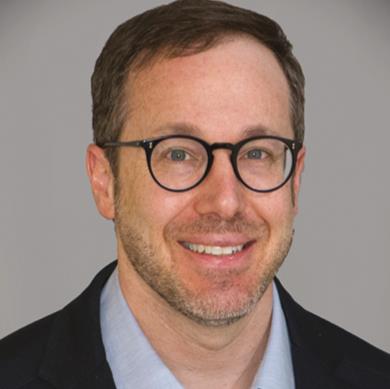 I applaud Josef Kratochvil, the president of the Czech Republic Industrial Property Office, for the strong statements he made about trademark scams at the Marques Annual Conference. I am encouraged that he intends to reach out to the USPTO to discuss coordination as it is clear that no single IP office can effectively address this scourge, which is seen in countries around the world, on its own. Indeed, representatives of the Korean Intellectual Property Office and the National Industrial Property Institute in France provided comments at the USPTO Roundtable on Fraudulent Solicitations to Trademark Owners held this past July. That roundtable also made it clear that coordination with the authorities and criminal prosecution of the scammers is an essential element in combatting fraud. I urge the International Trademark Association to now take the lead in coordinating anti-fraud efforts among the various stakeholders, organisations and authorities since it is best situated to represent the interests of trademark owners around the world with its global membership, network of foreign offices, and history of advocacy in protecting consumers and promoting fair and effective commerce.