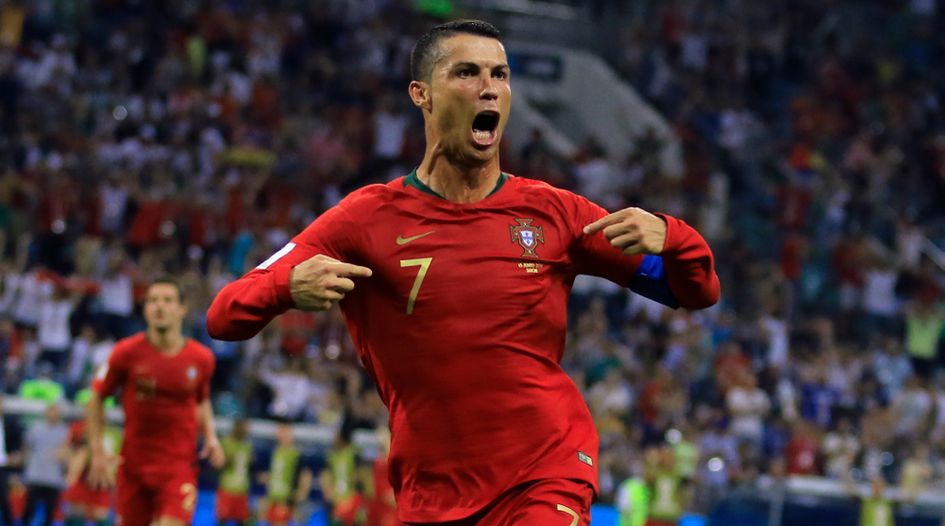 In our latest Saturday opinion column, we reflect on the relationship between brands and sports stars, after Cristiano Ronaldo’s decision to remove two bottles of Coca-Cola from view during a press conference was linked with a $4 billion drop in the soft drink company’s market value.

This week, against the usually mundane backdrop of a sports tournament pre-match press conference, came a reminder of the power of sports star brands. Before a word had been spoken, Portugal’s Cristiano Ronaldo, regarded by many as the best footballer on the planet, took his seat in front of the media and removed from view two bottles of Coca-Cola, which had been positioned in front of him as part of the company’s 2020 UEFA European Football Championship sponsorship deal. He then picked up a bottle of water and said “Água”, followed by: “No Coca-Cola.”

What was seemingly a throwaway gesture went viral, spawning memes, online discussions and even jokes from other players. It also led to questions over the player’s stance, with videos shared of an old advert in which Ronaldo endorses Coca-Cola – although the response to that has included further praise for the now health-fanatic star “growing up”, “maturing” and “learning to be more responsible”. Above all, the incident seemingly had a significant impact on the soft drink giant’s share price. The day after the incident, media reports linked Ronaldo’s actions to a $4 billion drop in Coca-Cola’s market value (although its share price has since bounced back).

Speaking to The Guardian, a spokesperson for Euro 2020 stated that “players are offered water, alongside Coca-Cola and Coca-Cola Zero Sugar, on arrival at our press conferences” and that everyone “is entitled to their drink preferences”.

This comment, coupled with Ronaldo’s actions, may have sparked a trend. The day after Ronaldo hit the headlines, French midfielder Paul Pogba removed from sight a bottle of Heineken beer – another tournament partner – that had been placed in front of him at a news conference (albeit without the same seismic impact on the company’s share prices). Tournament organisers are clearly concerned, having issued a warning over the behaviour and threatening team fines.

The question now is whether this is a sign of things to come and, if so, how players’ attitudes towards big sponsors could affect product positioning. Although some in the media have voiced the hope that it could mean the end of product placement, realistically that is not going to happen. Whatever the future of this sort of brand interaction, there are a number of aspects of this week’s incidents to reflect on.

The first is that these actions perfectly illustrate how player brands – and the values that they communicate – have now become as powerful as their more traditional corporate counterparts. Ronaldo undoubtably sits near, if not at, the top of the sports personality pile in terms of brand strength. But as we have written on WTR previously, a swathe of leading footballers are embracing trademark protection to underpin brand-building efforts.

In May we analysed the portfolios of a number of key players. While Barcelona’s Lionel Messi is a step ahead of any other footballer (with 115 marks), Ronaldo owns 53 trademarks and Pogba 46. Such players inevitably reach a point where they are not only financially comfortable (Celebrity Net Worth estimating that Ronaldo’s net worth is $500 million and Pogba’s $125 million), but increasingly looking at post-playing plans. Thus, they will begin to align with companies that they can build meaningful relationships with over the long term and are less minded to appease tournament sponsors that do not align with their personal brand values. In short, this sort of player power is not going to go away.

So what does this mean for brands? The good news is that companies that can align strategically with such players will reap the rewards. In fact, with consumers increasingly seeking authenticity in the brands that they buy into, there is clearly a growing opportunity to be seized on in leveraging shared values with major sports stars. Player tie-ups have long been lucrative. But they will become even more so where aligned with truly shared values and brand DNA.

On the flip side, there is an increasing need for brands to consider how to respond to incidents where values collide. The response from Coca-Cola and Heineken this week has been muted. Perhaps this silence was a strategic decision. Or perhaps it is because this was so unexpected. In future, sponsors cannot afford to be caught off guard by clashes. At the very least companies sponsoring tournaments, teams and athletes need to have a risk management plan in place – a playbook on what to do (or not to do) should they find themselves the centre of discussion.

Ultimately, this sort of incident rarely delivers a lasting blow. Coca-Cola and Heineken are strong brands and will soon be looking at this through the rear-view mirror. However, the incidents of this week highlight how prominent public figures can significantly influence the perception of a brand through even the smallest of gestures. Therefore, it is merely responsible management to consider how and when to react should your brand be placed in that position.