In Swartkops Sea Salt (Pty) Ltd v Cerebos Limited ((972/11) 2011 ZAECPEHC 46, October 25 2011), the Eastern Cape High Court was called upon to decide whether Cerebos Limited’s braai salt get-up amounted to passing off in respect of Swartkops Sea Salt (Pty) Ltd’s braai salt ('braai' is an Afrikaans word which translates as 'barbeque'). Both products are sold in orange containers of similar size and shape. 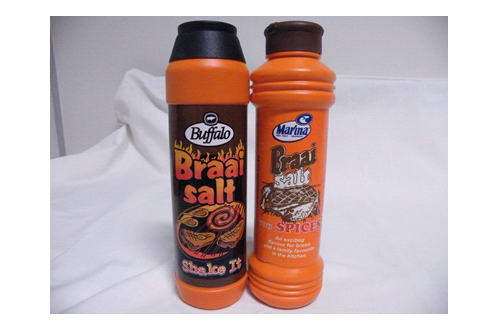 Swartkops had been using its get-up for 30 years when Cerebos launched a competing braai salt in 2010. Following receipt of an initial cease and desist letter, Cerebos altered the shape and colour of the cap of its container and made some minor changes to its label. However, this was done under protest and without conceding that its get-up amounted to passing off. Swartkops was dissatisfied with this and launched a passing-off application in the High Court.

In order to succeed with a claim based on passing off, a claimant must show that its get-up has become distinctive and that the respondent’s get up will confuse purchasers into believing that its products are, or are associated with, those of the claimant (Jennifer Williams & Associates v Life Line Southern Transvaal (1996 3 SA 408 (A))).

South African courts accept that, when considering whether confusion or deception between two products is likely, the whole get-up of each product must be considered (Reckitt & Coleman SA (Pty) Ltd v SC Johnson & Son (Pty) Ltd (1993 2 SA 307 (A))). In the present case, the court extended this principle to apply to the determination of whether the claimant has established a reputation in a distinctive get-up (Swartkops at [15]). When determining whether a purchaser is likely to be confused, a court must place itself in the position of a hypothetical purchaser who is neither overly careful nor careless, who will not see both products side-by-side and who may be hampered by an imperfect recollection of the product he or she intends to purchase (Blue Lion Manufacturing (Pty) Ltd v National Brands Ltd (2001 3 SA 884 SCA)).

The court was satisfied that Swartkops had established a reputation in its get-up, but then considered whether Cerebos’ get-up was likely to confuse purchasers. The court confirmed that, although it must bear in mind the first and general impression of the products (Sea Harvest Corporation (Pty) Ltd v Irwin & Johnson Ltd ((2966/10) 2011 ZAWCHC 35, March 17 2011)), and the principle of imperfect recollection (Blue Lion Manufacturing), the court must still undertake a critical analysis of the differences and similarities in the get-ups of each product (Swartkops at [26]).

The court noted differences in the profile of each container, the predominant colour of each get-up, and the trademarks, imagery and text used on the labelling. In light of these differences and the accepted principle that purchasers of everyday goods are aware that similar goods, of different origins, often have similar containers (Blue Lion Manufacturing), the court held that there was no likelihood of confusion between the products. In particular, the court stated that the use of different trademarks will draw the purchasers' attention to the fact that they are dealing with separate products (Swartkops at [39]).

Swartkops argued for the application of the rule in the US case of Broderick and Bascom Rope Co v Manoff (1930 41 F2d 353), which requires greater caution in the case of respondents who have previously been convicted of unfair competition ('safe distance' doctrine). The court correctly dismissed this argument on the basis that it required a previous formal finding against the respondent, which was not present as Cerebos had voluntarily altered its initial get-up on a 'without prejudice' basis (Swartkops [46]).

This case provides a valuable example of how a critical analysis of the differences between products which are the subject of a passing-off dispute should be conducted. It also unambiguously extends the application of the whole get-up approach to include the determination of the existence of repute in a get-up. Lastly, it clarifies that the 'safe distance' doctrine will apply only in the case of a previous formal finding against the respondent. Swartkops has lodged an application for leave to appeal the decision.