The Specialised IP Division of the Court of Rome has issued an important decision on the issue of distinctiveness.

On July 21 2014 the court upheld a previous decision issued on March 4 2014 in urgency proceedings brought by a Perugia-based fashion company (Emerald srl) and its CEO against the Italian Rugby Federation and an advertisement agency (Red Hot Fashion srl). The Court of Rome held that the trademark for which Emerald sought protection - against an advertising campaign, mainly spread via Twitter, aimed at rallying Italian rugby fans - lacked distinctiveness, even though its component elements were neither generic nor descriptive, because the public would not perceive it as evoking a distinctive message.

The trademark at issue, depicted below, included the words 'facce da rugby' ('faces of rugby'), together with a series of small squares containing portraits of rugby players. 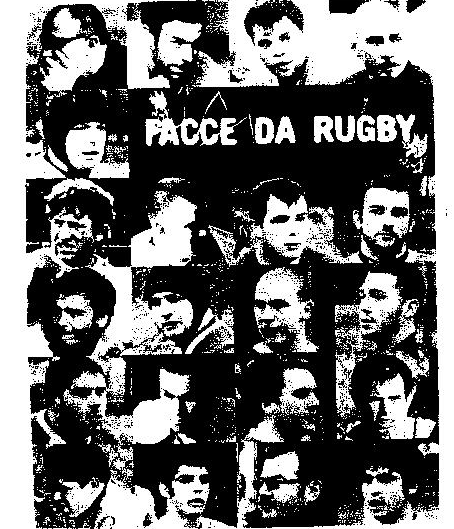 The court held that these elements, even when combined together, would not be perceived by the relevant public as an indication of the source of the products, but only as a generic advertisement, which could be used for any kind of product or activity concerning the sport of rugby. This was confirmed by the activity of the alleged infringers, which consisted in an advertising campaign (created by Red Hot Fashion for the Italian Rugby Federation) based on the use of the hashtag #faccedarugby (which, in a single case, was combined with square pictures of rugby fans) and was aimed at promoting the sport of rugby in Italy.

This old-fashioned position had been deeply criticised in Italy, since it was clearly reductive from various perspectives. Firstly, it is clear that the rationale which forbids the monopolisation of generic names and descriptive indications also applies to non-denominative signs which express, in a general manner, the characteristics of the product or service bearing the mark, such as images representing the product/service or packaging in the shape of the goods. By preventing the appropriation of generic signs as trademarks, the aim is also to prevent a monopoly on a sign from turning into a monopoly on the product itself. According to EU case law, this "pursues an aim which is in the public interest, namely that such signs or indications descriptive of the characteristics of the goods or services in respect of which registration is applied for may be freely used by all" (see the decisions of the Court of Justice of the European Union (ECJ) in Koninklijke KPN Nederland (C-363/99) and Campina Melkunie (C-265/00)).

Secondly, trademarks which "consist exclusively of signs which have become customary in the common language or in the bona fide and established practices of the trade" cannot be registered since they lack distinctiveness. According to traditional case law and legal theory in Italy, such signs consist of denominations or (two-dimensional or three-dimensional) symbols which, although lacking descriptive character, are "commonly used in trade and in daily life for goods of any type (eg, words such as ‘super’, ‘extra’ and ‘standard’)" (See V Di Cataldo, "I segni distintivi", Milan, 1993, page 69. In Merz & Krell (C-517/99), the ECJ broadened this definition, stating that signs which, although not descriptive, have come to be used customarily in the specific sector for which protection is sought cannot be monopolised).

However, with regard to numbers and letters, there was still an ambiguity: it was, in fact, clear that a 'generic' use of letters and numbers could be permitted, even when such number or letter was registered as a trademark by a third party, when it fell within the scope of lawfulness recognised by Article 21, Paragraph 1 of the Italian Code of Industrial Property and Article 12 of the Community Trademark Regulation (207/2009) (descriptive use of another’s sign), provided that such use was "in accordance with honest practices". On the other hand, the improper use of such signs was forbidden (ie, when such use created a likelihood of confusion or a parasitical link to the trademark). A trademark consisting of a single letter or number would, therefore, be accepted when, in a certain context, that single letter or number was actually perceived as a distinctive sign (ie, as bearing a message relating to the existence of an exclusive right), and it was protected against any use which brought to mind that specific message, and not (or not only) against the 'generic' message relating to the type of goods.

These cases, however, did not provide an exhaustive list of signs which lack distinctive character. As stated by the ECJ (and expressly quoted by the Court of Rome), there are signs which, although they are neither descriptive nor in general use, are not able to communicate a 'message' - and, in particular, a distinctive message. According to the ECJ, the existence of the requisite capacity to distinguish must also be assessed positively (see C Galli, "Il marchio come segno e la capacità distintiva nella prospettiva del diritto comunitario", ne Il Dir ind, 2008, 425 ff and Id, "Marchio" in "Il Diritto - Enciclopedia Giuridica", Vol IX, Milano, 2007-2008), rather than only negatively. It appears clear from EU case law that this is, in a sense, a 'residual' impediment, considered essentially for signs which, in the eyes of the public, do not normally have a distinctive function.

This situation arises, in particular, for trademarks consisting of colours, the shape of the product or the shape of packaging and - as the ECJ highlighted - also for slogans. The decision at issue seems to be inspired mainly by the EU case law on slogans. According to the ECJ, "average consumers are not in the habit of making assumptions about the origin of products on the basis of such slogans" (see OHIM v Erpo Möbelwerk (C-64/02 P) and Nestlé (C-353/03)). However, this statement conceals, a least in part, an ambiguity: it may apply only to signs which have been created as slogans - that is, signs which, due to their structure, cannot plausibly be perceived in any other way. When, in contrast, it is only the use made of them which allows the public to define signs as slogans or as distinctive signs, the process is, to some extent, reversed (ie, where it is the use that leads to a loss of distinctive character) (See C Galli, "Il marchio come segno e la capacità distintiva nella prospettiva del diritto comunitario").

The decision in the present case seems to indicate that, with regard to the issue of distinctiveness, Italian case law is now fully aligned with that of the ECJ.