In Del Olmo v Pastas Frescas San Genaro SRL (Case No 13021/07), the Court of Appeals has considered an opposition based on an unregistered mark.

The facts of the case are as follows. Mr Del Olmo applied for the registration of the figurative mark SAN GENARO (depicted below) for goods in Class 30 of the Nice Classification. 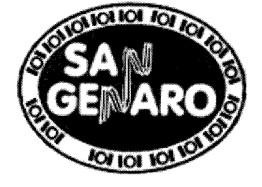 Pastas Frescas San Genaro SRL opposed the application, alleging that the mark had been in use since 1979 for “pasta” in Class 30.  The mark on which the opposition was based was not registered ('marca de hecho' or 'unregistered mark').

The first instance judge declared that the opposition was well grounded and rejected the application.

The Court of Appeals confirmed the decision. The court admitted that the evidence showed that the opponent's mark, although not registered, had been used intensively in the Province of San Juan for a quarter of a century, having won several prizes during that period. Use in other provinces had also been proved.

The Court of Appeals confirmed the following:

Finally, the Court of Appeals stated that the fact that the opponent had not opposed the registration of the mark earlier was irrelevant, as the circumstances of the present case could differ from those existing in the past.