Court of Appeal clarifies assessment of likelihood of confusion

The case of Hai Tong Co (Pte) Ltd v Ventree Singapore Pte Ltd ([2013] 2 SLR 941) may be considered as one of the more important decisions rendered by the Singapore Court of Appeal in recent years. In particular, the court clarified two areas of trademark law: 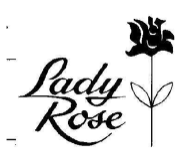 It commenced an action for trademark infringement and passing off against defendant Ventree Singapore Pte Ltd, which distributed a line of cosmetics pursuant to a sole agent agreement between itself and the manufacturer of the products. It sold the cosmetics in peach-coloured packaging bearing the words 'Rose Lady' accompanied by sketches of flowers with five petals in various sizes in the background:

In the High Court, Chan J allowed the plaintiff’s claim for trademark infringement, but dismissed its claim for passing off. Chan J held that all the necessary elements for trademark infringement had been made out. The 'Rose Lady' sign was held to be a badge of origin used on goods that were identical to those for which the LADY ROSE mark was registered. There was thus a likelihood of confusion due to the fact that:

However, Hai Tong’s claim for passing off failed, as it was found that Hai Tong had only “trivial” goodwill.

The defendant appealed against the finding of trademark infringement. The Court of Appeal first examined whether the threshold requirement for infringement had been fulfilled - that is, whether the 'Rose Lady' sign was used as a badge of origin. The court agreed with Chan J that the combination of 'Rose' and 'Lady' resulted in a sign that went beyond merely describing the product in question to serve instead as a badge of origin. The defendants conceded that the 'Rose Lady' sign was used on goods that were identical to those for which the LADY ROSE mark was registered (ie, cosmetics).

The Court of Appeal went on to assess the similarity of the marks, and first considered the distinctiveness of the LADY ROSE mark. The court recalled that the more inventive or arbitrary a registered mark, the greater the protection. The defendant will thus have to demonstrate to a “more compelling degree” that its mark/sign is dissimilar to the registered mark. On the facts, the LADY ROSE mark was held to be distinctive: the juxtaposition of the words 'Lady' and 'Rose' created such distinctiveness, in that these words, when used together, do not convey a sensible meaning.

The court then assessed the visual, aural and conceptual similarity of the marks, considered as a whole, from the viewpoint of the average consumer, who exercises some care and a degree of good sense in making his/her purchases. The court also took into account the fact that consumers must rely on an "imperfect recollection". With regard to the assessment of visual similarity in relation to composite marks (such as the LADY ROSE mark), the Court of Appeal clarified that there was no general proposition of law whereby words “talk” in composite marks; rather, the correct approach is to consider the marks in their totality, without placing undue emphasis on any particular component of the marks, unless such emphasis is warranted on the facts.

When assessing the visual similarity of composite marks, the following non-exhaustive list of principles may be taken into account:

However, the device component will not usually be dominant where:

On the facts of the case, the Court of Appeal agreed with Chan J that:

However, the court's finding was based on slightly different reasons, namely:

With regard to conceptual similarity, the Court of Appeal agreed that the marks were conceptually similar, as both evoke the idea of “something floral and feminine”.

Arguably, the most significant aspect of this decision is the Court of Appeal’s clarification of the legal position as regards the assessment of the likelihood of confusion. It noted that such assessment focuses on the effect that similarity is likely to have on the relevant segment of the public.

The Court of Appeal, following a comprehensive assessment of the relevant legislative provisions in the Trademarks Act, deduced the following principles:

Each of these elements may vary in degree. For example, in relation to (ii), the court noted that it may be appropriate to have regard to steps that have been taken to differentiate the goods or services; as to (iii), there may be characteristics that are particular to the relevant segment. All of these factors will have a bearing on the likelihood of confusion.

In order to ensure that the assessment is not an exercise of guesswork, extraneous factors that affect the degree, the weight to be accorded to each of these elements and how they interplay with one another, may be considered. For example that the type of goods in question may be considered: if the products are highly technical, the court may take that into account in holding that a higher degree of similarity between the marks might have to be shown to justify a finding of likelihood of confusion.

However, the Court of Appeal cautioned that it would not be legitimate to consider factors that effectively and impermissibly dilute or diminish the exclusive rights granted to a trademark proprietor, such as, for example, differences in the colour of the packaging that has been used (a trademark proprietor’s exclusive right to use its mark does not depend on the type or colour of packaging on which it is applied). If such differences in packaging were the cause of a finding of lack of confusion, then it may curtail the right of the registered proprietor to use its mark on such packaging.

The Court of Appeal pointed out that, in order to assess the likelihood of confusion, Section 27(2) of the Trademarks Act contemplates the interplay of:

Hence, extraneous factors that bear upon the following can - and should - be considered:

The court seemed to have missed out extraneous factors that bear upon the similarity between the marks (ie, element (i)). In this respect, the Court of Appeal concluded that extraneous factors may not be considered. Further, in relation to element (ii), where the goods/services in question are found to be identical, then extraneous factors relating to that element should not be taken into consideration in assessing the likelihood of confusion. Lastly, the court stated that the factors relating to the three elements in combination must be assessed interdependently. The court also noted that, while evidence of confusion can be helpful, its absence should not be accorded undue significance.

Applying these principles to the facts, the court held that, since the defendant applied the 'Rose Lady' sign on identical goods, then factors relating to the similarity of the goods (eg, differences in pricing, specific shades of cosmetics on offer, or whether the goods were placed on the same shelves) were not relevant. Further, there was no material difference in the type of packaging.

As regards the similarity of the marks, the Court of Appeal held that there were no significant material differences distinguishing between the LADY ROSE mark and the 'Rose Lady' sign. Further, the parties' products appeared to target the same segment of the market. Taking into account the fact that the marks could not to be compared side by side and the imperfect recollection of consumers, the court found that there was a sufficient likelihood of confusion.

Hai Tong had also appealed against Chan J’s dismissal of its claim for passing off. The court pointed out that passing off is distinguishable from trademark infringement, due to the following:

The Court of Appeal found that Hai Tong had goodwill that was not trivial, as it had developed a sustainable business over a period of more than four decades.

On misrepresentation, the court reiterated its finding of likelihood of confusion and concluded that the element of misrepresentation was also made out as a result. It noted that, in a passing-off action, it was not constrained to identify the factors that it may take into account.

The court also agreed that there was a real likelihood of damage to Hai Tong’s goodwill, on the basis of: