Colours play a significant role in consumer perception of trademarks. They are commonly used by the most successful brands to assist in the identification of goods and to help consumers to make a clear distinction between goods and services from different sources.

However, when it comes to trademark registration, the question remains of whether a black and white or a colour logo should be filed. Trademark offices and courts generally adopt two different approaches:

The Antwerp Commercial Court recently dealt with an infringement case in which this issue arose. Waste management and recycling company GRC relied on its complex greyscale trademark to seek injunctive relief against PV Cycle's use of a coloured sign that featured the words 'PV Cycle' and orange and green arrows in relation to identical goods and services. 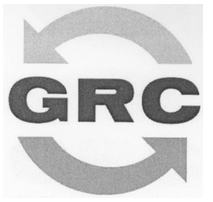 GRC argued that the degree of similarity between the goods and services and the sign and mark - albeit low because of the non-distinctive arrows - was sufficient for there to be a likelihood of confusion among part of the public. Further, GRC argued that it had filed its mark in black and white - which, in its view, also covered other colour combinations - and that it had used its trademark in the course of trade with the same orange and green combination of arrows, which further increased confusion among consumers.

In its April 14 2015 decision, the Antwerp Commercial Court disagreed. While the court held that the most distinctive and dominant elements (ie, the written elements) were different, it also found that there was no overall similarity between the trademark and the sign owing to the use of common, even identical, colour combinations. The court ruled that, when assessing the similarity of trademarks and signs in an infringement claim, the trademark can be assessed only as registered (ie, greyscale in this case). The court added that GRC had failed to provide compelling evidence that, despite the mark being registered in greyscale, a significant portion of the public had come to associate the colours in question with the trademark and, therefore, with the colours used by the sign.

While the outcome of the case was predictable, the court's reasoning with regard to the protection afforded to greyscale trademarks is debatable and is likely to be contradicted by higher courts.

The Court of Justice of the European Union (ECJ) has held in an infringement case – by way of a preliminary ruling - that:

"where there is a trademark which is not registered in a particular colour or characteristic, but in black and white, the colour or combination of colours in which the trademark is later used affects how the average consumer of the goods at issue perceives that trademark, and it is, therefore, liable to increase the likelihood of confusion or association between the earlier trademark and the sign alleged to infringe it." (Specsavers (Case C-252/12), Paragraph 37)

Thus, a third party's use of a sign in a specific colour does not appear to reduce the likelihood of confusion compared to an earlier trademark registered in black and white; rather, it may be considered in the overall assessment as a factor that further increases the likelihood of confusion. However, the fact remains that the ECJ has not yet upheld the 'black and white covers all' approach, but has specified that this approach will apply where - as in the case above - a significant portion of the public associates the colour or combination of colours of a sign with the earlier trademark through the use of a colour or combination of colours that its proprietor has made in that regard. This point remains a matter of fact that needs to be proven.

Conversely, in EU trademark opposition proceedings, the General Court has repeatedly and expressly held that, where the earlier trademark does not designate any particular colour, its protection extends to colour combinations (Libro (Case T-418/07), Paragraph 65, and Medinet (Case T-378/11), Paragraph 53). The case law of Belgian appellate courts is in line with General Court case law, in that it holds that black and white trademarks are protected independently from, or regardless of, any colours used (Quick, Brussels Court of Appeal, January 31 2012).

The Antwerp Commercial Court decision illustrates that lower national courts still struggle to provide broad protection to black and white (or greyscale) trademarks even when they are used in a similar colour combination as an infringing sign. The question of whether the protection of black and white marks should automatically extend to all possible colour combinations - especially when that trademark does not use a specific colour or colour combination that is recognised by the public - remains unclear and should ultimately be decided by the ECJ.

As practice among Belgian courts differs, trademark owners are advised to file their trademarks in black and white, but also in the signature colour or colour combinations under which the trademark is recognised to obtain the broadest possible protection.