The question of the conflict or overlap between copyright law and design law has never been the subject of legislation in Germany. Rather, the courts - and especially the Federal Supreme Court - have established that the substantive requirements (in the sense of the degree of originality or the degree of aesthetic content) for establishing copyright protection for works of applied art must be more stringent than those applying to works of fine art, provided that such work of applied art is susceptible to design protection.

This clear distinction was based on the assumption that the subject matter of protection under design law was, in principle, the same as that protected by copyright, and that both laws would differ only gradually as to the required level of artistic creation. As designs protected under design law had to be novel and show a certain level of originality, copyright law should require a higher degree of creativity or originality (in the sense of “significantly surmounting the originality of the average design”) in order for an industrial design - a work of applied art - to be protected under copyright law. 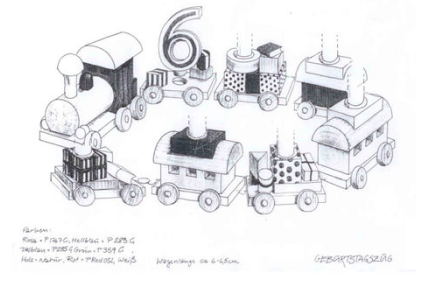 This issue was important because the designer sought (in light of significant sales of the products) to receive further compensation from the employer and manufacturer. Such claims are available under German copyright law, but not under German or EU design law.

On appeal by the designer, the Supreme Court annulled the decision of the Schleswig Appeal Court and held that the designer’s work of applied art was, in principle, susceptible to protection under German copyright law.

First, the Supreme Court found that the new German Design Law of 2004 (following the standards of the Designs Directive (98/71)) established an independent IP right and removed any existing close relation with copyright law; protection under design law would no longer be equal to copyright protection. Second, design law would not require a specific degree of creativity or originality; the focus was on similarity or dissimilarity. Third, since design and copyright protection would not conflict but co-exist, and have different requirements for establishing protection and different legal effects, an industrial design could be protected by both laws without requiring higher standards under copyright law than for works of fine art, music or literature.

As a result, the Supreme Court concluded that, to protect works of applied art under copyright law, “a degree of creativity which allows it, from the point of view of a public open to art and sufficiently skilled in ideas of art, to be called an ‘artistic’ performance”, would be required. This is the traditional standard for works of fine art and literature. Consequently, differences in standards for the protection of works of applied art and non-applied art no longer exist under German copyright law.

This ‘internal’ alignment of copyright law, covering all kinds of works under the same standards, is a truly national solution, which is not required under EU design law or under the current harmonisation of copyright law. Rather, designers and right holders will benefit from the explicit co-existence of parallel systems of protection. Differences between design and copyright law will, of course, continue to exist: while works of applied art and non-applied art require an “artistic” performance to claim protection under German copyright law, protecting such works under German or EU design law requires “novelty” and “individual character”.

It seems to follow from these conditions that a design may be protected under both copyright and design law (provided that it shows sufficient creativity, novelty and individual character), but may not necessarily be infringed by the same object, under both laws. This appears to be true since, in assessing the scope of protection of a design, the degree of freedom of the designer in developing the design must be taken into consideration (Article 10(2) of the Community Designs Regulation (6/2002)). This scope can be broad, average or narrow, depending on the existing design corpus and the departure or “distance” of the design from the prior art.

In contrast, according to the Federal Supreme Court in Birthday Train, a “personal intellectual creation” requires freedom which the author uses for “expressing his creativity in an original manner”. In cases involving articles of daily use, showing features dictated by their intended use, such freedom would, as a rule, be limited. Consequently, it seems that copyright protection for works of applied art will continue to be more difficult to enforce than parallel design rights.