Correct test is goods covered by marks, rather than those sold under marks

In Kitzinger & Co (GmbH & Co KG) v Office for Harmonisation in the Internal Market (OHIM) (Case T-249/10, January 17 2012), the General Court has upheld a decision of the Fourth Board of Appeal of OHIM to reject Kitzinger’s Community trademark (CTM) application, filed in May 2005, for the following stylised mark covering goods in Class 16 of the Nice Classification: 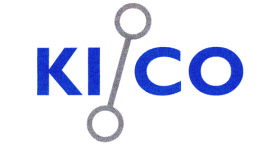 The opposition, by Mitteldeutscher Rundfunk and Zweites Deutsches Fernsehen, was based on an earlier CTM registration of the word mark KIKA and a German registration of the following stylised mark, registered in June 2004 and February 2000 respectively, also covering goods in Class 16:

In July 2008 the Opposition Division of OHIM upheld the opposition on the basis of the German registration and rejected Kitzinger’s application in respect of all goods. Kitzinger appealed and, in March 2010, the Fourth Board of Appeal of OHIM rejected the appeal, finding a likelihood of confusion on the basis of:

Kitzinger’s appeal to the General Court was based on a violation of Article 8(1)(b). The court first considered the relevant public and defined it as the public at large in the European Union, because the goods in question were everyday consumer goods. The parties had not contested these definitions by the Board of Appeal.

Comparing the goods, the court agreed with the board that they were identical or similar, the correct test being the goods covered by the marks rather than, as alleged by Kitzinger, the goods sold under the marks.

With regard to the marks, the court considered in turn their visual, phonetic and conceptual similarity. Kitzinger had alleged that the marks were visually dissimilar, in particular because of the 'round' elements which dominated its mark - namely, the letters forming the syllable 'co' and the two circles which distinguished it from the dominant repeated 'k' elements in the earlier mark.

Conceptually, the court agreed with the board that the marks had no particular meaning for the average consumer, which was not disputed by the parties.

Kitzinger had also alleged that there was no likelihood of confusion because:

However, following the court’s findings in relation to the marks and goods, it was largely inevitable that the court would agree with the board that there was in fact a likelihood of confusion, as it did, rejecting Kitzinger’s appeal.

It is clear from Kitzinger’s website that it uses the mark applied for extensively, and the website at 'kika.de' shows use of the opponents’ mark in relation to a children’s television channel. Therefore, there appears to be a degree of coexistence in use, which may ultimately be more significant that coexistence on the OHIM Trademark Register.