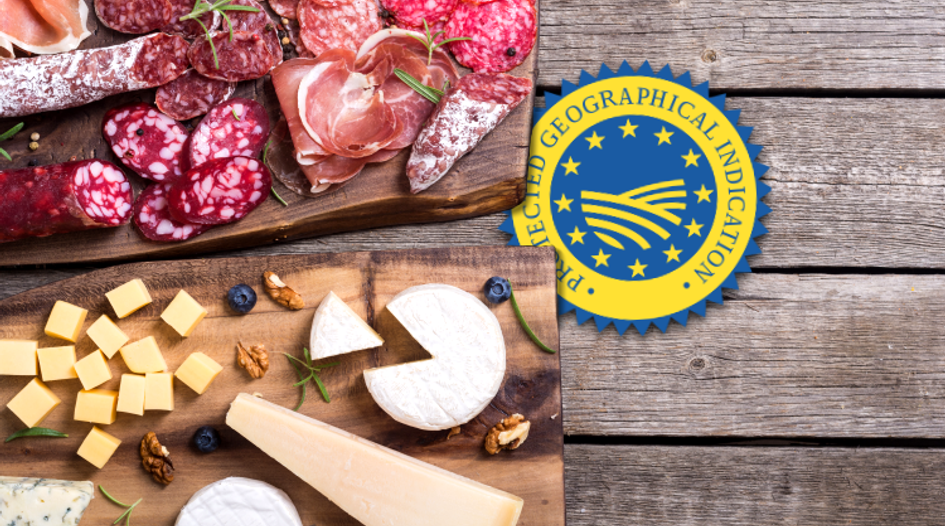 A new study has identified the most well-known geographical indication products in the United Kingdom, with the iconic Cornish Pasty topping the list. The research finds British GIs are dominated by food products, while experts have spoken of the risks that Brexit poses, including a call for a British GI register that protects and promotes small producers.

The study, titled British GI Brands 2019, was published yesterday by Brand Finance and its sister company Brand Dialogue. It looked at the awareness and perception of the 76 geographical indications that currently exist in the UK and examined further stats that look build a picture of the current market. For example, to date, 74 of the 76 UK GIs are either a Protected Designation of Original (PDO) or a Protected Geographical Indication (PGI) at the EU, many of which are well-known and sold around the world. Of these British GIs products, a vast majority are for food items, including 17 dairy products, 16 meat, 14 alcoholic, 13 fish, and nine fruit, vegetable and cereal products.

There were different results when it comes to the perception of British GI goods. Harris Tweed, a cloth that is handwoven by islanders at their homes in the Outer Hebrides of Scotland, was the GI that was most likely to be ranked ‘best in class’ by consumers, with 45.1% labelling it as such. Just behind was Cornish Clotted Cream at 44.6%. When combining the scores for ‘best in class’ and ‘ better than standard products of the same kind’ (indicating significantly better than average products), the results confirm that most British GIs are positively perceived, with Arbroath Smokies ranking highest (at 81%), followed by Anglesey Sea Salt (79.8%), Jersey Royal Potatoes (77.5%), Cornish Clotted Cream (77.4%), and Harris Tweed (76.7%). On the flipside, the reports notes: “Four brands in the survey need to work harder to gain customer trust – Yorkshire Forced Rhubarb, Herefordshire Cider/Perry, Plymouth Gin and English Wine are seen as ‘no better or worse than other products’ by a significant percentage of respondents.”

One of the clear takeaways from the report is that, at least in the UK, geographical indication products are familiar, popular and cherished by those in the areas that produce them. But for British GIs, there could be issues ahead due to the UK’s impending departure from the European Union. At the launch event for the report in London yesterday, there was debate on what Brexit could mean for British and European registered GI products. Stefano Fanti, director of the Consorzio del Prosciutto di Parma (Parma Ham Consortium) in Italy, told attendees that “uncertainty is what everyone is fearing”, adding: “With Parma Ham, we are preparing for a ‘no-deal’ scenario buy filing a certification mark in the UK. Ultimately, we are sure the British people will still enjoy our products after Brexit, but maintaining effective protection is our focus.”

That message was repeated by Lindesay Low, deputy director of legal affairs of the Scotch Whisky Association, who confirmed that Brexit “has been the biggest draw of our resources for the past couple of years”, expanding: “The movement of goods is one of the most significant issues we’ve been looking at – there’s been lots of work with HM Customs and Excise on this. The biggest thing we want is certainty, because we need to plan to make the best of whatever situation occurs.”

What could ‘the best situation' actually entail? It is still broadly unclear what a UK GI system will look like if, or when, the UK exits the EU. The development of a geographical indication register by the UK government is mooted, but there are key elements of this system that speakers at the event claimed are critical to implement. The first is on cost, with Massimo Vittori, managing director of OriGIn, saying “getting legal protections in the UK at additional cost would be ridiculous for those GIs that already have protection in the EU”. Another request is that it doesn’t just function as a register, with Low from the Scotch Whisky Association stating: “For the UK to have a successful GI register, it would need to help small GI producers help promote their goods, just as the EU does for its registered GIs.”

As the situation stands, the UK is due to leave the EU on April 12 with no-deal, unless a withdrawal deal is agreed in the remaining 10 days. Nonetheless, with less than two weeks to go, uncertainty remains the status quo – and producers of geographical indications in both the UK and EU will be hoping protection is maintained in the coming months and years ahead.