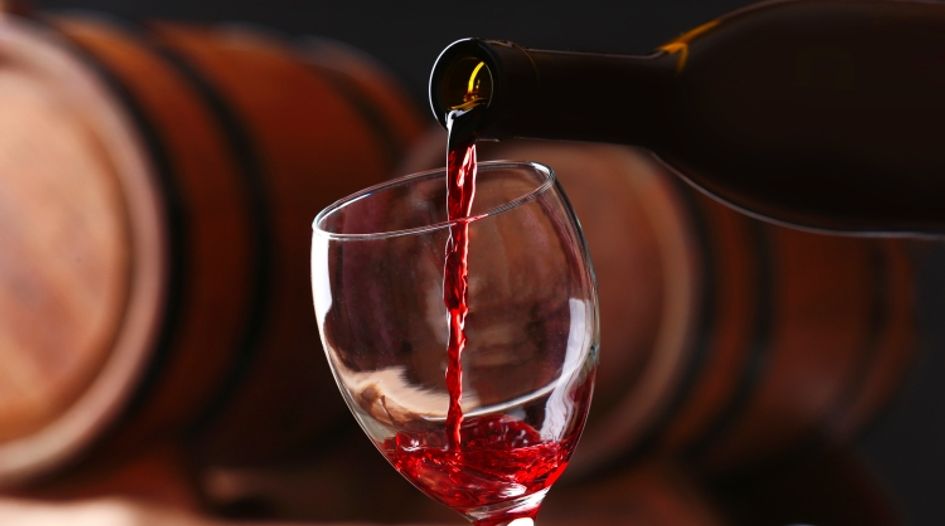 Every Tuesday and Friday, WTR presents a round-up of news, developments and insights from across the trademark sphere. In our latest edition, we look at China hitting back at IP criticisms, the USPTO revealing “dozens” of cryprocurrency-related trademark applications, a massive haul of fakes being destroyed, Alibaba agreeing to settle a counterfeits case, and much more. Coverage this time from Trevor Little (TL), Adam Houldsworth (AH), Bridget Diakun (BD), Jonathan Walfisz (JW)  and Tim Lince (TJL).

China hits back at IP criticisms – For the past couple of years, China and the United States have been in the midst of an increasingly bitter trade war, including both countries implementing import duties on each other’s products. Rhetoric has often been tough, with representatives of the US – including the President – often criticising China for lax IP protection. For its part, China has rarely responded to such criticism, at least with rhetoric, and instead has appeared to be introducing legislative changes (such as last week’s trademark amendments). But at the weekend, the head of China's National Intellectual Property Administration, Shen Changyu, spoke at a press conference and, according to Reuters, directly responded to the claims. “Some countries' criticisms of China's IP protection lack evidence and are non-specific,” he claimed. “China has some problems and we are stepping up efforts to fix them. But meanwhile, IP infringement is a global problem that exists in every country. Every country should try to improve their business environment and fix their problems, instead of window dressing themselves” With US representatives set to travel to China today to discuss issues including IP, the topic will be at the forefront once again. (TJL)

Squatters target Japan’s new Imperial era – Crown Prince Naruhito will ascend the Japanese throne tomorrow, beginning a new era – called Reiwa – in the country’s calendar. As reported by the BBC, this comes after Japan's Emperor Akihito declared his abdication in a historic ceremony at the Imperial Palace in Tokyo. Never one to miss a trick, trademark applicants in China has been quick to capitalise – or try to – by applying for the term. As reported by Japanese media outlet The Mainichi, since the Imperial era name of Reiwa was announced, there has been more than 1,200 applications for the term filed in China. Prior to this month, there was just one application for the term, dating back to 2017.  The outlet expects most of these applications to be rejected. However, it demonstrates that even Emperors can’t avoid the attention of trademark squatters. (TL)

Lego gang busted in China – Chinese law enforcement have stopped a criminal gang in Shanghai from the alleged manufacturing and selling of fake Lego products. According to local media, four people have been arrested in relation to the operation, with 630,000 finished products seized. The operation was announced by Shanghai Police, and included praise from Robert Smith, vice president and general counsel for Lego China and Asia Pacific. (TJL)

Massive haul of counterfeits destroyed in China – In yet more IP enforcement news from China from the past few days, it’s has been announced that $20 million worth of counterfeit goods were destroyed across six Chinese provinces and autonomous regions last Friday. Presumably announced to mark World Intellectual Property Day, the counterfeits – nearly 200 tons worth – were destroyed from a range of item categories, including fake footwear and car components. Brand representatives were invited to witness the destruction of the counterfeits, including those from Nike and P&G. "The destruction shows the determination of the government to protect the rights and interests of companies and customers,” said Lu Zhengming, a representative from the Chinese law enforcement. Such activity is a reminder of the counterfeit crackdowns that have been conducted in recent months. (TJL)

India remains on USTR priority watch list for fake pharmaceuticals– In 2019’s United States Trade Representative (USTR) Special 301 report, India has maintained its position on the ‘priority watch list’. The list contains the countries the US considers most “challenging” for respecting the protection and enforcement of IP. One of the main reasons reported for India’s inclusion was the overabundance of counterfeit medicine in the Indian markets. Upper estimates suggest 20% of all drugs sold in India are counterfeit. A 2017 report by the OECD and the European Union Intellectual Property Office found that 55% of the counterfeit pharmaceuticals seized came from India. In addition to pharmaceuticals, India was noted for its trade in counterfeit foodstuffs, cosmetics, textiles, footwear, electronics and electrical equipment, toys, games, and sporting equipment. (JW)

Nike among dozens of crypto trademarks filed already in 2019 – The United States Patent and Trademark Office (USPTO) has revealed it has received “dozens” of trademark applications relating to cryptocurrencies. Despite a slump in crypto-related registrations after 2017’s highs, the companies registering trademarks included multinationals such as Mastercard, Amazon, and Walmart. Nike filed for a trademark with the USPTO on April 19 for the trademark “Cryptokicks”. Their application describes a range of products as part of a plan to create a “digital currency or digital token for use by members of an on-line community”. Trademark attorney, Josh Gerben, tweeted that the “Cryptokicks” application was made on a “1B” basis, committing Nike to use the trademark in the near future. (JW)

ASEAN meets to tackle growing counterfeit trade – At a conference in Manila, the Association of Southeast Asian Nations (ASEAN) were represented by enforcement officials, investigators, and prosecutors to discuss combatting counterfeit goods in the Southeast Asian market. Currently it is estimated that 3.3% of trade or €460 billion is made up of counterfeited goods, according to a 2016 European Union Intellectual Property Office (EUIPO) and Organisation for Economic Cooperation and Development (OECD) report. This is up from the previous figure of 2.5% in the 2013 report. Enforcement workshops were run by the ARISE+ IPR programme. An EU funded initiative, ARISE+ IPR is a five-year €5.5 million program aiming to upgrade IP systems to be in line with international standards and practices. (JW)

Indian state creates award to celebrate IP – Telangana’s government alongside the Confederation of Indian Industry (CII) have announced plans to host awards recognising the institutions creating and preserving IP in the southern Indian state. Speaking on World IP day, Principal Secretary Jayesh Ranjan said, there was a need for more robust IP protection in the country, though awareness on it has been increasing. Director general of RICH, Ajit Rangnekar, raised the importance of IP in his address. “As much as 90% of what we pay for many products is for the IP and the remaining 10% is for the cost of other constituents of the products”. The sports theme of World IP Day was highlighted through speeches from Chess grand master and Padma Shri awardee Harika Dronavalli and G.B. Reddy, professor of law at Osmania University. (JW)

Saudi Arabia launches promotional campaign for IP rights – Following Saudi Arabia’s participation for the first time in World IP Day, the Saudi Authority for Intellectual Property has launched a major awareness campaign to promote IP rights across the Kingdom. Among the celebrations, shopping malls will host events under a promotional hashtag. The campaign coincides with Saudi Arabia inclusion on the USTR’s Priority Watch List for countries failing to protect IP. (JW)

Alibaba agrees quarter-billion dollar settlement – In widely reported news, Alibaba Group this week agreed to pay a $250 million to settle a lawsuit which claimed the company has “failed to disclose meetings with the Chinese government regarding alleged counterfeit products before it went public”. The suit involved investors accusing the e-commerce giant of securities fraud for concealing these meetings, which was ahead of its $25 billion initial public offering (IPO) in September 2014. The settlement comes at an important time for the platform, as it recently boasted a 36% uptick in the number of registered accounts to its IP protection system (along with a 44% decline in takedown requests). However, last week Alibaba website Taobao was readmitted to the Office of the United States Trade Representative’s notorious markets list for the third consecutive year, suggesting that – at least in the eyes of the USTR – Alibaba still has significant anti-counterfeiting steps to take. (TJL)

LightYear Docs helping out the little guys – Tax and legal documentation platform LightYear Docs has made all of their NDA and confidentiality documents available to entrepreneurs, small businesses, and start-ups free of charge. The free service is aiming to aid those without strong financial backing to maintain their IP rights against larger organisations. The young company offers a comprehensive legal documentation platform for companies but wants this initiative to combat entrepreneurs not being able to protect their ideas and losing them to companies in pitching processes. (JW)

Importance of ‘brands with purpose’ highlighted – A feature in this week’s Forbes put the spotlight on the need for brands to ensure they show a clear ‘purpose’ beyond simply making money. According to the article, “purpose-led brands have the potential to forge stronger customer relationships which translates into more sales and greater customer loyalty” – with one study finding that 63% of global consumers “prefer to purchase products from companies that stand for a purpose that reflects their own values”. One of the experts quoted in the article is Larry Fink, chairman and CEO of BlackRock Inc, who claims ‘brand purpose’ is more important today than ever before. “The public expectations of your company have never been greater. Every company must not only deliver financial performance but also show how it makes a positive contribution to society. Without a sense of purpose, no company, either public or private, can achieve its full potential.” We’ve written before about the need for brands to point to their uniqueness and the good they are doing to society at whole, especially in terms of sustainability. This article is a helpful reminder of just that. (TJL)

Governments call for faster WHOIS action – Over on Domain Incite, Kevin Murphy has reported on government demands that law enforcement authorities and trademark owners are given access to private WHOIS data within 12 months. At present, efforts to develop a Unified Access Model for non-public HOIS data are moving slowly. In a letter from Manal Ismail, the Governmental Advisory Committee has now stated that ICANN should be “expeditiously concluding and implementing a carefully scoped and appropriately resourced phase 2 of the EPDP on gTLD Registration Data, within 12 months or less, and with “considerable and demonstrable” progress, if not completion by ICANN 66 in Montreal”. The latter takes place in November but – while a solution within 12 months would be welcomed by rights holders – as Murphy concludes: “With previous experience in mind, the chances of the GAC getting a unified WHOIS access service implemented within a year seem very remote.” (TL)

Get the inside track on how to prove ROI on online brand protection efforts – On Thursday 2 May at 4.00pm UK time (11.00 am EST), WTR will be hosting a free-to-access webinar focused on ‘measuring the ROI of online brand protection’. Crucially, the exploration will highlight why traditional approaches may not resonate with the C-suite. Online brand protection provider Incopro recently commissioned Forrester to conduct an independent study, using its ‘Total Economic Impact’ methodology, on four global brands. In the upcoming webinar senior TEI consultant, Jan ten Sythoff will share the results of this research and, crucially, explain how the methodology can be applied by other companies seeking to measure the impact of their online brand protection. You can register to attend the webinar here.