Consistency and continuity: the true voice of brand owners

MARQUES, the European Association of Trademark Owners, is recognised in the IP community as an authoritative voice for brand owners in Europe and beyond.

MARQUES, the European Association of Trademark Owners, is recognised in the IP community as an authoritative voice for brand owners in Europe and beyond.

To most, the organisation has always been known simply as MARQUES; but many know little of its history – especially how MARQUES was created and who its founding fathers were.

In this chapter, Uwe Over – chair of the MARQUES Council since March 5 2015 – outlines the history of MARQUES, explains its 30-year mission and describes the priorities and challenges that he foresees for the association in the coming years.

How MARQUES came about

MARQUES first came to public attention when it announced its inaugural conference in Vienna in 1986. However, its story goes back to early 1984, when a number of in-house trademark managers, private practice trademark attorneys and other representatives of the IP world met in London to discuss whether the needs of trademark owners were being adequately represented in Europe.

The meeting was organised by John Murphy, a well-known figure in the IP community at that time, and over 100 attendees from several different countries were present. Considerable debate took place and agreement was by no means unanimous. However, many of those present concurred that although the needs of trademark agents and certain industry sectors (eg, pharmaceuticals) were well covered, and the United States Trademark Association (now the International Trademark Association) represented trademark owners in the United States, no single organisation represented the wider interests of trademark owners – and this absence was most notable in Europe.

After the meeting, Murphy approached a number of people who had spoken up in favour of a new organisation to represent trademark owners in Europe and a much smaller gathering was organised to discuss how such organisation might be formed.

This led to the creation of a steering committee, comprising attendees from the second meeting. All seven of these were in-house IP professionals: senior representatives from Rolls-Royce Motor Cars, Mars Incorporated, Rowntrees, Distillers Company, Allied-Lyons, British Telecom and Beecham.

This committee then put together plans to establish and launch the organisation, visiting IP professionals in various European countries to attract wider international support. Philip Pettifor (Pettifor Morrow) joined the committee as its secretary and Michael Howard (Clifford Chance) joined to act as legal adviser on incorporation procedures. This group of nine launched the organisation at the first MARQUES conference in Vienna in 1986.

Following the first conference, the council – with Lewis Gaze as its first chair – was established with the aim of setting up the organisation on a more formal basis. The steering committee members committed a significant measure of foundation funding to ensure the successful international launch and establishment of MARQUES – with the help of others including Lego, Morgan Crucible and Volvo. This led to the formal incorporation of MARQUES as a not-for-profit organisation in 1988.

The new council arranged the second MARQUES conference in Geneva in 1988. There has been a conference every year since then, with 28 conferences held in 19 different countries to date. In honour of its first council chair, Lewis Gaze – who was later appointed as president but unfortunately died shortly after stepping down – MARQUES established the Lewis Gaze Memorial Scholarship Award in 1997. This prize has been awarded at every MARQUES annual conference since then, rewarding academic achievement in the field of trademark law.

MARQUES will celebrate the 30th anniversary of its first conference in 2016. MARQUES has chosen to hold this celebrative annual conference in Alicante, coinciding with another important anniversary – the 20th year of operations of the Community trademark system administered by the Office for Harmonisation in the Internal Market.

The founders of MARQUES envisioned an international organisation, but all those sitting on the original steering committee were UK citizens. Therefore, they wanted to choose a name which was not English, but would be recognised in the trademark community. They also wanted something short and catchy – not a long, descriptive name. So they decided on MARQUES, being part of the French for ‘trademark’ (‘marques de commerce’).

However, since that alone was not necessarily distinctive or wholly descriptive, the members of the original steering committee added the words “European Trademark Owners Association” and combined it with the representation of a thumbprint. The idea behind the image was that every thumbprint is unique and that is what a trademark should be: distinctive and recognisable in its own right.

These three elements were combined together – the short, catchy name, the longer descriptive name and the distinctive thumbprint – to create an overall image which the founding members hoped would be remembered and easily recognised:

And so it has been – MARQUES has continued to use its original logo up to the present day. Recently, the description of the association was changed from “European Trademark Owners Association” to “European Association of Trademark Owners”; this better reflects the reality of MARQUES’ current structure as a Europe-based organisation whose reach extends worldwide, with membership across all industries in more than 80 countries.

The main aim of the founders of MARQUES was to voice the views and concerns of brand owners and IP practitioners, notably regarding the trademark protection regime. Another important objective was education: the founders felt that many people in business – not to mention the public – still did not really understand the limitations and opportunities deriving from trademark protection. For this reason they decided that MARQUES events should include not only technical legal presentations, but also presentations on industry issues such as marketing and brand development. Networking with fellow professionals from other companies was another aspect of MARQUES events that was agreed on from the start.

MARQUES has remained faithful to its mission over the years, as it continues to invest effort and funding into representing the views and interests of members before legislatures, EU and international bodies and institutions and national, regional and international IP offices.

MARQUES has likewise continued to invest substantially in the education and professional development of members – both brand owners and IP practitioners – to help them to select, protect, manage and exploit their trademarks and other IP rights effectively in the global economy.

In this context, besides its annual conferences, MARQUES has developed another successful event format: Meet the Judges. This is a series of roving meetings held throughout Europe since 2008, in which judges and IP professionals from in-house and private practice gather together to discuss EU and national trademark and design case law.

Over the last two years, MARQUES has also organised workshops across Europe and South America on how to draw up coexistence agreements. Based on demand, several MARQUES teams are also producing webinars and tutorial materials to satisfy the needs of members. A number of best-practice guidelines and other resources for day-to-day IP portfolio management have been made available to members via a document library on the MARQUES website.

Major events of 2015 included a two-day symposium held in Zurich, entitled “The Protection of Luxury Brands in a Fast-Moving World”; and the conference “Protecting Trademarks and Domains Names with Arbitration and UDRP”, held at the seat of the IP Academy in Singapore. An innovative new series of crisis management workshops will also be held in London and Munich in the near future.

MARQUES also has two popular blogs – MARQUES Class 46 and MARQUES Class 99 – dealing respectively with trademark and design law-related matters. These are followed by thousands of readers: 4,373 now receive the Class 46 blog by email, while the Class 99 followers are in excess of 1,600. With the help of an international team of correspondents, MARQUES produces a monthly newsletter to keep members up to date with the latest developments in the IP field and provide them with information on the activities of the association. The most notable achievements of the organisation are collected and published on the MARQUES website each year.

As a member of MARQUES and of the MARQUES Council since 2009, Uwe Over has experienced the full benefits of being part of the organisation. Building on the valuable work done by his predecessors, Over has set out the organisation’s priorities for the coming two years. Three pillar principles – continuity, change and challenge – support the consistent growth and healthy operation of the association.

In terms of continuity, Over is conscious that – especially from an external perspective – MARQUES will be expected to maintain its high standards of relevant input, as solicited by public policy makers and legislators in the IP sector.

MARQUES’ reputation has been built on the capability of its practitioners to assess the practical consequences of today’s planned legislation or started projects. The association’s leadership unanimously agrees that MARQUES must remain proactive in providing user-driven input and using its influence to secure user-friendly results.

Over is himself an in-house IP counsel leading a group of more than 100 IP professionals, which gives him experience of leadership from an internal perspective. Consequently, he firmly believes that any action taken must be clearly relevant to the association’s members and should be translated into a practitioner context, demonstrating its concrete benefits to practitioners’ day-to-day work.

Over sees this as the major challenge for the association in the future. In a rapidly developing IP world, and with an ever-increasing array of tools and services at the disposal of IP practitioners, MARQUES will have to raise the bar constantly in order to maintain its ability to produce added value by turning user-driven input into user-friendly results for its members. 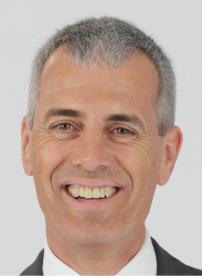 Uwe Over has been active as in-house counsel for more than 20 years, with a strong IP background at Bayer AG, Novartis International AG and Henkel AG & Co KGaA. He is now corporate vice president, head of intellectual property and associate general counsel of the Henkel Law Group, leading an in-house counsel team of patent and trademark attorneys in Germany, the United States and China and responsible for Henkel’s global IP portfolio for all divisions. He became chair of the MARQUES Council on March 5 2015.