In Ace Hardware Corporation v J & N Pappou OE, the Cancellation Division of OHIM has declared that the Community trademark (CTM) ACEDIY was invalid in its entirety on the ground that it had been filed in bad faith.

In November 2009 Greek company J & N Pappou OE obtained the registration of the word mark ACEDIY for soil conditioning preparations, glues (adhesives for industries), paints, spoons and hand tools in Classes 1, 2 and 8 of the Nice Classification. US company Ace Hardware Corporation requested that the mark be declared invalid on the grounds that: 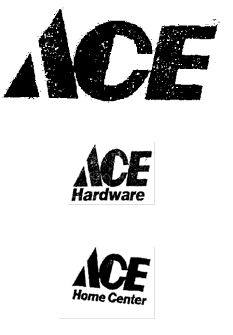 In its petition, Ace argued that:

With regard to bad faith, Ace argued that the contested trademark had been filed in breach of the rules of honest practices in industrial or commercial matters, in particular when there had been a contractual relationship between the parties, giving rise to mutual obligations and preventing one party from filing an identical or similar mark. More specifically, Ace argued as follows:

The Cancellation Division first referred to the general principles governing bad faith laid down by the Court of Justice of the European Union (ECJ), before proceeding with the assessment of bad faith in this case.

First, the Cancellation Division held that the first condition set by the ECJ - namely, that the applicant knew or ought to have known that a third party was using, in at least one member state, an identical or similar sign for an identical or similar product capable of being confused with the sign for which registration was sought - was clearly fulfilled. The Cancellation Division was convinced that the Greek company had acted in bad faith by filing the CTM ACEDIY, since its intention was to:

The Cancellation Division considered the whole chain of events, starting with the parties entering into a purchase agreement by virtue of which Ace had retained the sole and exclusive authority to license its trademarks, which were, and had to remain, its exclusive property, and ending with the termination of the agreement, with the Greek company agreeing to discontinue use of the words 'Ace' or 'Ace Hardware' and all related IP rights. In light of this chain of events, the Cancellation Division was convinced that the Greek company was fully aware of Ace's marks and IP rights when it filed the CTM application. Upon examining the Greek company’s intention at the time of the filing, the Cancellation Division stressed that its awareness of Ace's earlier rights had been direct and specific in light of their contractual relationship, the express acknowledgement of said rights and its own obligation to refrain from using ACE outside the contractual terms and after termination of the agreement. The Cancellation Division further underlined that, although the Greek company was not an agent within the terms of the agreement, it had both contractual and non-contractual obligations towards Ace and a general duty of fair play. Its duties extended to any similar sign covering identical or similar goods.

The Cancellation Division then compared the marks and the goods and concluded that they were clearly similar.

Regarding the question of whether the Greek public would be aware of the English words 'hardware' and “home center', as well as of the abbreviation 'DIY' for 'do it yourself', and whether it would understand ACEDIY as two separate words, the Cancellation Division cited the ECJ’s established case law that the assessment of the similarity of the signs must take account not only of the relevant public’s linguistic skill to understand the various elements of the signs, but also of other circumstances showing the CTM owner’s actual intention to create a confusing similarity between the signs. Interestingly, the Cancellation Division underlined that, unlike under Article 8(1)(b) of the Community Trademark Regulation (207/2009), which strictly requires that the comparison be carried out between the signs as registered, the concrete form in which the contested mark is used by its proprietor can also be relevant in assessing bad faith, since this fact may disclose the proprietor’s intentions at the time of the filing.

In light of the above, the Cancellation Division considered that the photographs submitted by Ace showed the Greek company's intention to continue using the mark ACE. The Cancellation Division was convinced that its subsequent behaviour showed its real intentions at the time of the filing, namely to take unfair advantage of Ace’s goodwill, to compete unfairly with it and to prevent it from entering the European market.

Finally, the Cancellation Division pointed out that the chronology of events was also a relevant factor for the assessment of bad faith, and held that the filing of the CTM shortly after the termination of the business relationship also demonstrated abusive behaviour.

Consequently, the Cancellation Division declared that the contested trademark was invalid in its entirety.