Computer programming relates to all areas of life and business activity

In Poslovni Sistem Mercator dd v Office for Harmonisation in the Internal Market (OHIM) (Case T-417/09, March 29 2012), the issue before the General Court was whether the word mark MERCATOR STUDIOS was similar to the trademarks depicted below: 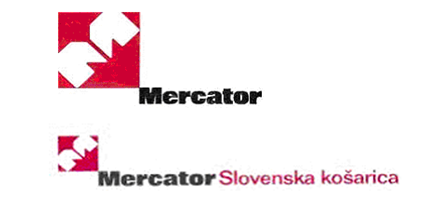 Mercator Multihull Inc applied for the registration of MERCATOR STUDIOS as a Community trademark in Class 42 of the Nice Classification for the “supply of technical and mechanical research, design and development of motor vehicles, marine vessels, aeroplanes, trains, engines, machines and other industrial products in the field of transportation”. The application was opposed by Poslovni Sistem Mercator dd based on various Slovenian and international figurative trademarks, registered for various goods and services, including “computer programming” in Class 42. The grounds relied on in support of the opposition were: likelihood of confusion under Article 8(1)(b) and likelihood of dilution under Article 8(1)(5) of the Community Trademark Regulation (40/94) (now the Community Trademark Regulation (207/2009)).

The Opposition Division of OHIM rejected the opposition. Among other things, it held that, despite the similarity of the signs at issue, one of the conditions for applying Article 8(1)(b) CTMR - namely, the identity or similarity of the goods or services - was not met. It also held that Poslovni Sistem Mercator had not proved that use of the trademark applied for in respect of the services covered would take unfair advantage of, or be detrimental to, the distinctive character or the repute of the earlier marks.

The First Board of Appeal dismissed the appeal. It confirmed that the service of “computer programming” in Class 42 is different from the services covered by the trademark applied for. It also confirmed that Poslovni Sistem Mercator had not proved that use of the mark applied for would take unfair advantage of, or be detrimental to, the distinctive character or the repute of the earlier marks.

Further, the General Court dismissed Poslovni Sistem Mercator's unsubstantiated argument that the design and development of engines and industrial products are closely connected with computer programming, given that aeroplanes, trains, vessels and cars are mainly managed through computer programs:

“it is true… that computer programming may be used as a tool for the purposes of research, design and development of means of transport. However, that fact is not in itself sufficient to conclude that the services in question are similar. Since computer programming relates to all areas of life and business activity,… it is very common… for numerous services to involve the use of computers which must be programmed.”

The General Court also rejected the claim of infringement of Article 8(5). Although it was undisputed that the earlier marks had gained a reputation in Slovenia in connection with the "commercialisation of consumer goods", Poslovni Sistem Mercator had failed to file any evidence to establish that the mark applied for would take unfair advantage of, or be detrimental to, the distinctive character or the repute of the earlier marks (see Intel Corporation (Case C-252/07)).

The General Court thus upheld the decision of the Board of Appeal.