Actions to the General Court against an OHIM decision may be brought on the grounds of:

The General Court in IP cases

The General Court frequently rules on actions for the annulment of decisions of the OHIM Boards of Appeal. The number of such cases has been rising consistently since 1998, the year in which the first IP case was registered at the court; they now represent approximately one-third of the cases brought before the General Court.

Faced with this situation, the General Court has adopted numerous measures to increase its effectiveness and improve efficiency. Further, all actions brought in the IP field are subject to particular procedural rules set out in special titles of the Rules of Procedure of the General Court, last amended as of July 1 2015 (OJ 2015 L 105).

Cases before the General Court all follow the same procedure, subject to certain formal features peculiar to IP actions and appeals. In general, the procedure includes a written and an oral phase.

The written phase starts with an application drawn up by a lawyer or agent and delivered to the Registry of the General Court within two months of the date of notification of the OHIM Boards of Appeal decision. The action is open to any party to proceedings before the Boards of Appeal that has been adversely affected by its decision; it must be directed against OHIM (to which the Boards of Appeal belongs) as defendant.

An application to the General Court must comply with a number of formalities – for example, consecutive numbering of each paragraph of the document and of each page in the top right-hand corner. Written pleadings are limited to a maximum number of pages and a detailed schedule indicating the annexes to the application is required. Further, a specified number of certified copies of the application must be submitted to the Registry of the General Court, signed on the respective first page of each copy.

The procedural time limits are extended on account of distance by a single period of 10 days. For the purposes of compliance with a time limit, the date on which a procedural document is lodged by fax will be deemed to be the date of lodgement only if the original of that document, signed by the party’s representative, is lodged at the Registry of the General Court no later than 10 days thereafter.

In inter partes cases, the other party to the proceedings before the OHIM Boards of Appeal may participate in the General Court proceedings as an intervener by responding to the application. An intervener has the same procedural rights as the main parties. It may support the form of order sought by a main party and/or apply for a form of order and put forward pleas in law independently of those applied for and put forward by the main parties. In addition, it may submit a cross-claim and seek an order annulling or altering the decision of the Boards of Appeal on a point not raised in the application.

The other party’s right to participate in General Court proceedings as intervener corresponds to its duty to bear the costs of the proceedings if the action is upheld and the applicant requests reimbursement of costs. However, the cost risk is not the only aspect on which the intervener should base the decision of whether to participate in the proceedings. The mere fact that OHIM always acts as the defendant in IP cases before the General Court does not automatically mean that it defends the Boards of Appeal’s decision. On the contrary, OHIM may support the application lodged. In this case, it will be in the interest of the other party to the litigation to participate in the proceedings as an intervener in order to defend the Boards of Appeal’s decision.

The recently amended Rules of Procedure of the General Court no longer offer parties in IP cases the general right to file applications for leave to submit a reply or rejoinder. On the contrary, the written phase closes after submission of the response of the defendant and, where applicable, the intervener.

After closure of the written phase, a hearing – as part of the oral phase – may be arranged either of the court’s own motion or at the request of a main party. In practice, the General Court often decides to rule on the action without an oral hearing, unless requested by the applicant; OHIM as defendant regularly refrains from requesting one. Any request for a hearing made by a main party must state the reasons why that party wishes to be heard, based on a real assessment of the benefit of a hearing and indicating the elements of the file or arguments which that party wishes to develop or refute more fully. It is not sufficient to provide a general statement of reasons referring to the importance of the case or the questions to be decided. A request for an oral hearing must be submitted within three weeks of closure of the written phase.

Before an oral hearing, the judge-rapporteur produces a report summarising the facts relied on and the arguments of each party and any interveners. This document is available to the public in the language of the case.

At the oral hearing, which is public, the positions of the parties may be reiterated in condensed form, emphasising the key submissions advanced in writing. Further, certain arguments advanced during the written procedure may be clarified and any new arguments arising from events occurring after closure of the written phase may be submitted. Further, the parties’ representatives may reply to any questions put by the judges. The representatives’ oral submissions are generally limited to 15 minutes (main parties) and 10 minutes (interveners), excluding time spent answering questions.

The proceedings are simultaneously interpreted, as necessary, into various official languages of the European Union. In the interests of clarity, it is generally preferable for representatives to speak freely on the basis of notes rather than to read out a written text. Representatives should also simplify their presentation of the case as much as possible. When submissions have been prepared in writing, corresponding notes should be sent to the Directorate for Interpretation at the European courts in advance, in order to facilitate simultaneous interpretation of the pleadings.

On closure of the oral phase, the judges deliberate on the basis of a draft judgment prepared by the judge-rapporteur. Later, the parties will be informed of the date of delivery of a judgment, which will then be delivered in open court.

The procedure before the General Court in IP cases, which is free of fees, is subject to certain specific and formal features which must be closely observed. With the adoption of numerous measures to increase the General Court’s effectiveness and improve its efficiency, further restrictions have been imposed on the parties’ rights in IP proceedings. The abolishment of the second round of written pleadings in IP cases and the reduction of the one-month period for requesting an oral hearing to three weeks are two examples of restrictions imposed by the recent amendments to the Rules of Procedure. These restrictions create extra pitfalls that must be taken into account when developing a strategy for an IP case before the European courts.

Despite the increased formalities, proceedings before the European courts in IP cases still offer a certain amount of flexibility to the parties – and there is still enough room for tactical considerations and the development of a strategy for each case.

Specialised chambers dealing exclusively with IP cases have not been established at the General Court or the European Court of Justice. Nevertheless, these courts offer effective legal protection in this field, especially against decisions of OHIM’s Boards of Appeal. Such decisions, therefore, need not be accepted solely because of the authority of the agency which issued them. 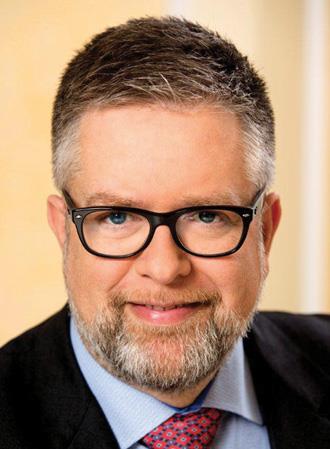 Udo Pfleghar studied in Melbourne and Regensburg. He worked as an examiner and instructor at the Office for Harmonisation in the Internal Market (OHIM) and represented OHIM before the European courts. In 2004 he joined Boehringer Ingelheim, managing its international trademark, design and domain portfolios – including major name-creation projects.

In 2009 he joined BEST Rechtsanwälte as a partner, handling trademark, design and domain law and data protection issues. He lectures at the University of Applied Sciences (Frankfurt am Main) and is a ‘.eu’ alternative dispute resolution panellist. He is a member of the European Communities Trademark Association Law Committee and MARQUES; speaks and publishes on IP issues; and attends liaison meetings with the German Patent and Trademark Office and OHIM. 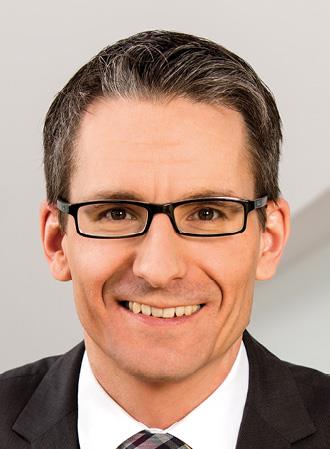 Steffen Schäffner studied law in Heidelberg and Saarbrücken, Germany, and was trained at the Office for Harmonisation in the Internal Market (OHIM) in Alicante, Spain. In 2007 – after two years’ IP experience in a law firm – he joined the OHIM IP litigation unit, representing OHIM in proceedings before the European courts in Luxembourg. Mr Schäffner drafted observations, opinions and responses in more than 100 cases and participated in dozens of oral hearings before the European courts. He then worked for more than two years as a trademark counsel at Merck KGaA in Darmstadt, Germany, before joining BEST Rechtsanwälte in 2013. He provides legal advice in all IP matters and represents clients before the courts.